A report from the Dutch Safety Board has accused the oil and gas industry and Netherlands Ministry of Economic Affairs of willfully downplaying the risk of earthquakes caused by the rapid depletion of Europe's largest gas field. 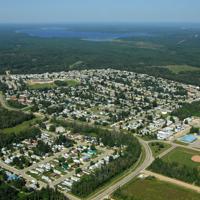 The board's conclusions offer lessons for other regions coping with earthquakes caused by fluid injection and hydraulic fracturing.

Ever since the shale gas industry changed the seismic record of states and provinces like Oklahoma, Texas, Kansas and British Columbia, many industry lobbyists and regulators have been quick to deny and dismiss citizen's concerns about the seismic hazards.

The Groningen field, which lies under a 900 square-kilometre area in the northern part of the Netherlands, has been drained by a consortium -- Nederlandse Aardolie Maatschappij, or NAM -- jointly owned by Exxon Mobil and Royal Dutch Shell since the 1960s.

The Dutch government, a minor petrostate, is highly dependent on revenues from gas extraction, pulling in an average of 12 billion Euros or US$16.3 billion a year.

According to anti-drilling group De Groniger Doem Beweging (The Groningen Ground Movement), approximately 60 per cent of the 60,000 homeowners in the Groningen region have recorded earthquake damage to their homes over the last decade. Many homes now remain unsellable in the industry-made earthquake zone.

According to the Dutch Safety Board, until 2013 the government acted as though "the safety of citizens in Groningen with regard to induced earthquakes had no influence on decision-making."

The extraction of gas in the Netherlands was designed first and foremost to "optimize revenues" to Big Oil and the government, and "safety interests" were not embedded in the system, the report found.

Swarms of small earthquakes started to rumble through the area in 1986 and then accelerated in the 1990s. The extraction of the gas decreased pressure in the 2,900-metre deep formation. With this loss of pressure, rocks started to compact and the land above started to sink by as much two centimetres a year, causing earthquakes.

Due to the exponential increase in earthquakes, scientists recently reported that half of the inhabitants of northeast Groninegen "are now living with a feeling of anxiety or fear and wish to move out." The quakes not only shake the ground but end with a loud bang.

But for almost 25 years, the consortium, Exxon, and Royal Dutch Shell "categorically maintained that the earthquakes could not have anything to do with natural gas extraction," the report found.

Yet since the 1920s, science has shown that fluid withdrawal from hydrocarbon formations can invite rock formations to collapse, sink and fracture, resulting in swarms of earthquakes. The oil and gas industry has caused major subsidence and tremors in Texas, California, Alberta, and Kuwait.

After first denying links to the earthquakes in the 1990s, NAM then assured residents a decade later that the quakes would only cause slight damage and never exceed 3.3 magnitude.

But then, on Aug. 16, 2012, a 3.6 earthquake rocked the village of Huizinge in the northern Netherlands.

It caused extensive damage to more than 2,000 buildings and prompted significant public anger about government and industry misinformation. Since 2013, earthquakes now visit the region on a weekly basis.

In North America, most industry lobbyists and regulators have acted no differently than those in the Netherlands on the subject of earthquakes caused by fluid injection or hydraulic fracturing.

Despite scientific studies showing that the injection of wastewater from fracking operations has caused more than 500 earthquakes greater than a magnitude of three in Oklahoma in 2014 -- it is now more seismically active than California -- state regulators, for example, maintain a definitive link has not been established.

The governor also appears unconvinced: "At this point in time, I don't think we have enough information to truly understand what is causing earthquakes," Gov. Mary Fallin recently told the Tulsa World.

States dependent on oil and gas revenue, such as Texas, have also been reluctant to hire seismologists. British Columbia only hired a seismic hazard specialist after more than 200 mini-quakes rumbled through the Montney shale gas formation last year.

Yet Dutch scientists warn that the induced events in the Netherlands reveal an exponential growth rate with a doubling time of 6.24 years. They also say the pattern of increased seismic activity in places like Oklahoma are "very similar to the distribution of induced events in the Groningen field."

The Dutch Safety Board has now called on NAM and the Ministry of Economic Affairs to "acknowledge that that they have failed to act with due care for the safety of their citizens."

"Uncertainty is an inextricable feature of underground activities," the board added. "Uncertainty and reducing uncertainty should be the principle guiding the activities of the parties concerned including citizen communication."

The Netherlands Human Rights Committee condemned the failure of the state and industry to protect citizens from earthquake risks.

According to the committee, the government is supposed to protect its citizens from physical harm. But in Groningen, industry and government excluded citizens from science and information vital to their wellbeing.

"Participation is a fundamental human right. Citizens have the right to take part and decide about the way their land… is managed," the committee told Dutch News.

Industry is now considering the possibility of injecting nitrogen into the aging Groningen gas field at an estimated cost of $6 to 10 billion Euros. Engineers think that the nitrogen might maintain pressure in the gas field and thereby prevent further land sinking.

A 2013 technical report on seismic hazards in Groningen by NAM made some belated admissions. It calculated that the region could be hit with a catastrophic earthquake with a magnitude as high as 5.5. The report added that "predictions of the seismic hazard range are believed to be conservative."

In reaction to the blunt report, Dutch Economic Affairs minister Henk Kamp acknowledged that "Many people in Groningen are suffering damage because of the earthquakes, no longer feel safe in their own homes and are seriously concerned."

In response to public protests, the government ordered Exxon Mobil and Shell Oil to slow down the removal of gas from the field last year.