The federal New Democrats will oppose the Conservative government's new legislation aimed at stunting terrorist attacks, stating the bill has "several serious problems" including a lack of oversight for the new powers it would grant the Canadian Security Intelligence Service. 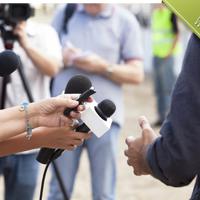 Inside the Orwellian Launch of Tories' Anti-Terrorism Act

Critics in the media and government have said the proposed legislation is too broad, leaving it open for abuse by the government.

In Ottawa today, NDP leader Thomas Mulcair said the bill is too vague and "likely ineffective," while it undermines the freedoms that define Canadian values.

"What Stephen Harper is proposing is a bogus choice," Mulcair told reporters in French. "We don't have to choose between our freedoms and our safety; we have to deal with both at the same time."

Conservatives contend the bill strengthens the ability of law enforcement to intercept and stop terrorist activities by expanding on current laws.

Mulcair said the Conservatives must not "railroad" the bill through Parliament, and that his party will do everything possible to ensure it is properly debated and amended.

Mulcair said that current legislation in Canada gives police the tools they need to effectively stop terrorism. He pointed to six terror-related charges in Ottawa since the beginning of the year to show that the current system works.

He said the bill is an example of the Conservatives finding a way to bully their opponents, such as those who resist pipelines. Yesterday, Greenpeace said it was concerned about a leaked RCMP report that called anti-pipeline activists an "anti-Canadian petroleum movement."

Mulcair said the broad nature of the bill enables law enforcement to target those opposed to anything the government supports simply by labelling it a threat. The bill lumps in the economic and financial stability of Canada with activities that could undermine public security and defence.

Mulcair said that certain measures in the legislation, such as requiring a judge to approve acts like preventative arrests, don't do enough to ensure it won't be abused.

The British Columbia Civil Liberties Association has said the bill can be used to directly target those who oppose government policy.

Last June, the government sent an order to Canadian government departments telling them to conduct better monitoring of demonstrations across the country, an order deemed illegal by one academic.

Mulcair, meanwhile, took a shot at the federal Liberals' support for the bill.

"I think that the Liberals are frightened of being frightened," Mulcair said. "I have to admit, I find it pathetic to hear them say they oppose the bill, but will vote in favour of it anyway. I've never seen that in my career."

Liberal leader Justin Trudeau said today his party is "unequivocal that this bill needs oversight and a review process," and that he will continue pressuring the Conservatives to adopt such measures.