Growing up, Terri Shouting, a member of southern Alberta's Blood Tribe, received little education about her Aboriginal background. Today as a mother of three young children in Surrey, B.C., she feels lucky to have a free preschool nearby where her kids have gained exposure to Coast Salish culture and its Halq'em&eacuteylem language. 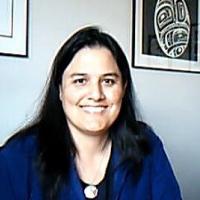 Raising the Grade on What BC Kids Learn About Aboriginal People

"We never had any of the Aboriginal aspect growing up," said Shouting. All three of her children have attended Awahsuk Aboriginal Head Start program in Surrey's North Whalley neighbourhood.

"It just feels right," she said. "It's somewhere you belong to -- I'm never uncomfortable here."

But not every Aboriginal family in British Columbia has access to a preschool program like the Awahsuk Aboriginal Head Start.

The impact of the lack of preschool programs can be seen in the fact that 50 per cent of the over 8,000 children in government care in B.C. are Aboriginal, said BCACCS researcher and A Cold Wind Blows author Kathleen Jamieson.

Jamieson suggested it would be wiser for the government to invest in quality preschool programs for Aboriginal children. "The foster care program is very expensive and it doesn't always help children that much," she said. "I think prevention is surely the way to go, to invest in that."

A Cold Wind is the third early childhood development scan the BCACCS has done since 2002. That's the year the federal government announced the Aboriginal Early Childhood Development initiative, with $320 million in new funding over five years, "to address the gap in life-chances between Aboriginal and non-Aboriginal children."

Based on U.S. model

The Head Start preschool where Shouting sends her children was modelled after an American preschool program of the same name that started in the mid-1960s to prepare impoverished children for school.

The Canadian program is funded by the federal government and offers two-and-a-half hours of free preschool programming two or three days a week. It also provides snacks and meals and access to medical care.

In Surrey, Awahsuk has space for 50 three and four year olds, but is the only licensed Aboriginal preschool program in the city, which has an indigenous population of over 55,000 people. Some families travel over an hour to have their children spend two-and-a-half hours at the preschool.

During the days when Awahsuk is closed, many parents, including Shouting, stay home with their children. Shouting gave up full-time work last October because the expense of full-time childcare eats up too much of her salary.

Today, 13 years after the federal government announced the Aboriginal Early Childhood Development initiative, the BCACCS says the gap remains the same: only 122 of the province's 200 First Nations have access to Head Start programs, while 46 nations didn't have access to any early childhood development programs at all.

The BCACCS wants universal access to the programs in B.C. with at least one program available to every First Nation B.C. child. It would cost an extra $2 million to expand the Head Start program to reach the BCACCS's universal goals. Right now, the program receives $14 million in federal funding. 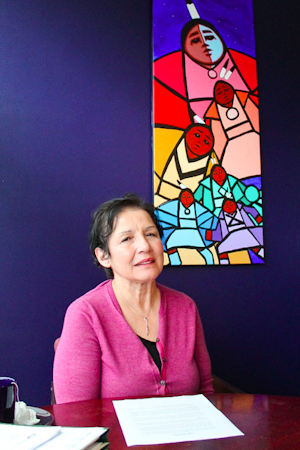 "We're trying to be reasonable and practical here," said Karen Isaac, the BCACCS's executive director. But ideally, she said large populations like Surrey would have more than one Head Start, as well as programs for infants and toddlers.

But even in communities with Head Start, children face barriers: "We have a high amount of children who are special needs and require a lot of extra support in the classroom," said Awahsuk's facility manager Vanessa Hickman.

The Society found monitoring for the existing B.C. programs wasn't helpful: three of the four provincial programs couldn't say how many children accessed them.

In an emailed statement to The Tyee, Children and Family Development Minister Stephanie Cadieux cited the provincial B.C. Early Years Strategy, which is supposed to create 2,000 new childcare spaces by March 2016, and the Aboriginal Service Innovations Early Years initiative, which will provide $6 million annually to for 36-community based programs to improve early childhood service implementation. Cadieux noted that these reports are examples of ways the provincial government is improving access to early childhood development services for Aboriginal children.

But the BCACCS says there was no consultation with Aboriginal communities on the Early Years strategy, nor does the strategy outline clear objectives for Aboriginal Early Childhood Development.

"The programs that exist to help Aboriginal families right now usually help the families after the children have been taken into [government] care or when they're really at risk and the ministry is considering it," said Jamieson, the researcher and author of A Cold Wind Blows.

Isaac and Jamieson said children should be considered at the centre of every government policy, a recommendation they adopted from the United Nations Convention on the Rights of the Child.

"We don't have a British Columbia child development strategy that applies to all ministries," said Turpel-Lafond.

"Ideally in British Columbia we would have a tripartite agreement with First Nations leadership, provincial government and federal government, and we would look at the zero to five developmental milestones and how we're going to build and support those," she said.

Quoting a 2011 federal analysis of its own early years initiative, A Cold Wind Blows notes "current federal priorities have changed, so early childhood development has declined in importance" since 2002. Since October 2013 delivery and monitoring of the federal programs in B.C. have fallen to the First Nations Health Authority, which the BCACCS feels positive about, but acknowledges it's too early to tell if the new authority will create more programming.

Many families are hungry for cultural experiences like the powwow dancing, drumming and Coast Salish ceremonies Awahsuk holds for kids and their families: "If you live in Surrey, where are you going to get this besides [going] back to your other province or your reserve?" Hickman asked.