The man who once kept tabs on British Columbia lobbyists is now a registered lobbyist himself. 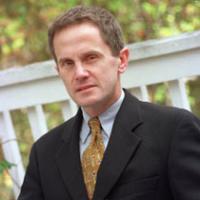 David Loukidelis, who was the registrar of lobbyists for B.C. from 2003 to 2010, registered last December with that office as a lobbyist on behalf of FutureBook Yearbooks of Vancouver.

During his tenure as B.C.'s lobbyist watchdog, Loukidelis was also B.C.'s information and privacy commissioner -- from 1990 to 2010. After leaving the watchdog position, Loukidelis was B.C.'s deputy attorney general and deputy minister of justice from 2010 to 2012.

Loukidelis' new role as a lobbyist for FutureBook Yearbooks also puts him in a different privacy role.

Once paid to ensure that the privacy of British Columbians was protected, Loukidelis is now lobbying the government to amend provincial rules to permit digital information about British Columbia high school students to be sent to China.

The Vancouver publisher has printed yearbooks in China since 2007 and is seeking a ministerial directive to allow it to continue to send student information -- including names, photographs and year of study -- overseas on a temporary basis.

B.C.'s Freedom of Information and Protection of Privacy Act, which became law in 1993, says personal information held by a public body can only be stored in or accessed from Canada, unless individuals consent. Yet school districts that have deals with foreign printers have sent the information anyway. The North Vancouver school district said it now wants its suppliers to comply with the law.

Loukidelis' job on that front will involve contacting Technology, Innovation and Citizens' Services Minister Amrik Virk and his staff. His registration is valid through April 30.

A lawyer, Loukidelis helped create the independent office of the legislature, which acts as a watchdog for those lobbying public office holders.

The B.C. Liberal government passed the lobbyist law in 2001 to regulate communications by organizations with politicians and bureaucrats for the purpose of influencing laws, spending and contracting.

Loukidelis left the B.C. Justice Ministry in June 2012 to return to private legal practice in Edmonton, but he still finds time now and then to wear the information and privacy hat.

In Dec. 2014, Loukidelis was appointed federal privacy commissioner ad hoc. According to the government website, Loukidelis's mandate is to investigate complaints lodged under the federal Privacy Act.

Loukidelis declined to discuss the FutureBook case, citing solicitor-client privilege, but did talk to the Tyee about the federal privacy appointment.

"With globalization and developments in technology and e-commerce -- [which have] been buzzwords for years now -- if anything, the pace and scope of the challenge is accelerating," Loukidelis said in a January interview.

"I don't know what the future holds in terms what work I might do in that space for private sector organizations or public for that matter, but I always welcome new challenges."

Loukidelis may be best known in B.C. for his role in the abrupt Oct. 2010 end of the bribery trial of former ministerial aides Dave Basi and Bob Virk. Along with deputy finance minister Graham Whitmarsh, he approved the $6 million payment to Basi and Virk's lawyers as part of the plea bargain that halted the trial related to the BC Liberals' 2003 privatization of BC Rail. Former finance minister Gary Collins was the next witness scheduled.

Basi and Virk had previously agreed to repay the treasury if convicted. Such a payment normally would require cabinet approval. At the time, Loukidelis claimed the decision was made without the knowledge or involvement of special prosecutor Bill Berardino or attorney general Mike de Jong.