Revelations about the work of Canada's agency in charge of online spying are the "smoking gun" that show the federal government is spying on Canadians, according to a privacy advocate. 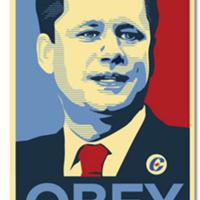 As reported by CBC News this morning, documents obtained by American whistleblower Edward Snowden show that Communications Security Establishment Canada is sifting through millions of files downloaded by people worldwide every day.

The CBC report said the documents are part of project "Levitation" aimed at tracking down extremists and terror plots. The project is capable of securing information on up to 15 million uploads and downloads per day.

The CBC report worked from a PowerPoint document prepared by CSEC that showed two IP addresses linked to a Montreal server company as being used for suspicious downloads.

David Christopher of the Internet rights organization OpenMedia said the IP addresses included in the presentation prove that Canada is spying on its own citizens, which is illegal and a "worrying" revelation.

"You can be pretty sure that's the tip of the iceberg," Christopher said.

He said a simple IP address can help authorities quickly learn an "awful lot" about the person it is connected to, and in some cases they can even examine what the person was looking at online up to five hours before or after the flagged material was downloaded.

According to transcript from the House of Commons in June 2013, then minister of National Defence Peter MacKay was asked by NDP leader Thomas Mulcair if Canadian authorities were "monitoring the phone and email records of Canadians."

The question was in response to revelations, also from the Snowden files, that the U.S. government was spying on Internet users. MacKay said Canadians were not being spied on.

During the exchange MacKay repeatedly insisted Canadian law enforcement was operating within the law.

But OpenMedia's Christopher said today's revelations show that isn't true, and that Canadian authorities are not only playing a larger role in international spying than previously thought -- they are breaking their own laws in the process.

"They're really collecting the haystack, and then searching for the needles later," Christopher said. "Even if the file is something dodgy like militant propaganda. Probably most of the people downloading that material could be academics, could be researchers, could be journalists."