A liquified natural gas industry, as currently promoted by British Columbia's Liberal government, is not viable at current natural gas prices, and the proposed industry tax regime actually "gives a subsidy to the LNG industry," according to a royalty expert. 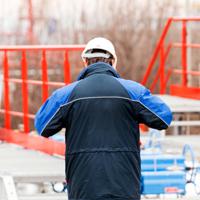 Jim Roy, a former royalty advisor to the Alberta government of Peter Lougheed and now a private Edmonton-based consultant, said the profitability of any liquefied natural gas industry in the province in truth depends on artificially high natural gas prices in China.

The natural gas price in B.C. needs to be less than half the price of natural gas in China for the nearly 24 proposed LNG projects in the province to be economic, but that differential is rapidly narrowing, Roy said.

Not one proposed LNG project in B.C. has made a final investment decision yet.

Since the advent of falling oil prices, the spot price for natural gas -- the so-called Japanese Korea Marker -- has plummeted. Global LNG prices are tied to oil prices.

When the B.C. government announced its liquefied natural gas push in 2012, the volatile Asian gas price was as high as $16 per million British Thermal Units (MMBtu), or more than triple North American prices.

The Henry Hub price for North American natural gas is currently $4 MMBtu, or two dollars less than what it costs to drill and frack many shale gas fields, according to many analysts.

Last year, the Asian gas price fell from a multi-year peak of $20 MMBtu to $10. It is expected to decline further this year due to a slow down in Asian economies and a global glut in LNG production.

The collapse of oil prices has lowered LNG spot prices so dramatically in Asia that Australia's LNG industry, one of the world's largest, will likely generate few royalties to cash-strapped state governments in that country.

Pipeline deals have also promised more Russian gas to China at cheaper prices. These developments value natural gas prices in China around $10 per MMBtu, but the pipelines are viable at $8 per MMBtu, Roy said.

As a result, said Roy, "the LNG industry in British Columbia is not viable at probable future price differentials."

The TD Bank and other analysts made a similar forecast years ago: "The prospects for LNG exports are highly sensitive to the expected price differential between gas in North America and Europe or Asia. That differential looks to remain high enough to induce exports for now, but any change in the structure of oil-linked natural gas prices overseas or increased competition from LNG exports elsewhere has the potential to shift the economics of the proposed mega projects."

Tax 'subsidizing a foreign based industry'

Roy also argues there are significant issues with the so-called Liquefied Natural Gas Income Tax that Premier Christy Clark promised would fill the provincial treasury with a minimum $100 billion over 30 years and transform the province into a debt-free petrostate.

As originally presented by the government, the LNG tax regime would have taxed the extractive industry more than normal corporations and earned a high return for the citizens of B.C., the owners of the resource.

But recent changes to the tax regime changed the entire outcome. Not only was the tax reduced from three per cent to 1.5 per cent, but companies are now allowed to deduct their capital costs from normal corporate taxes. As a result, the industry will actually pay fewer taxes than most other industries in the province, Roy said.

"It probably wasn't the intent of the legislature to subsidize a foreign-based industry, but that's the effective outcome," he said. "The tax regime for LNG will be effectively less than the tax regime for general corporations in the province… the effect of the proposed B.C. LNG tax is to give a subsidy to the LNG industry."

The subsidy, adds Roy, will benefit foreign governments and Asian gas consumers, but not British Columbians.

'Bargain basement prices' for BC gas

The price of natural gas in B.C. and Alberta is artificially low because their provincial governments actively reduced royalties for natural gas in recent years.

As a consequence of these low royalties, revenues from national gas extraction have declined dramatically from a high of $1.4 billion in 2003 to a low of $238 million in 2012.

Last year, B.C.'s auditor general reported that the government provided more financial incentives to the shale gas fracking industry ($587 million) than it earned back in royalties.

"The royalty is so low that the government is not getting any significant revenue benefit from the industry," Roy said. "If you think of it in terms of how it affects the owner of the resource, the government is really selling the gas at bargain basement prices."

Low royalties have had the effect of pushing gas prices down which in turn benefits natural gas consumers in California, but "it's not a good deal for Alberta or British Columbia," he added.

He said the industry has done a good job of presenting its numbers and analysis to the legislature, but he's seen little evidence that the government has developed the critical capacity to generate its own set of numbers and challenge industry lobbyists.

Without comparative data, no one can really answer how LNG projects might actually benefit the people of B.C., he said.

In addition, he said the province needs to do some long-term full cycle analysis on the environmental and carbon costs of the industry.

"Oil and gas is not about production. It is an extractive industry. Once it is gone, it is gone, and you'll always have a mess to clean up."

Other analysts, such as Ernst and Young, have questioned the long-term viability of shale gas extraction due to high costs, rapid depletion rates and need for constant drilling and fracking to replace production.

"There is also the critically important question of whether Canadian and U.S. shale gas development can be sustainable over the medium or longer-term at under US$5 per million BTUs (which is above current prices), given the expected increases in costs associated with increasing decline rates and increasing re-investment demands," added the 2014 report.

Roy has advised governments as varied as Kenya, Afghanistan, Bolivia and Pakistan on petroleum revenue streams. He has also advised First Nations on hydrocarbon royalty issues.

In case you missed it: A closer, deflating look at B.C.'s natural gas jobs claims.