The cases of two cancer-stricken girls who ended potentially life-saving chemotherapy appear shocking to many Canadians because those choices are viewed through a lens of western philosophy, a member of a University of Ottawa panel discussing the case, has argued. 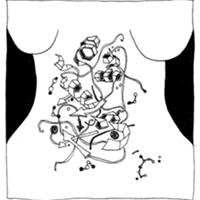 Me and My Mutation

Earlier this month, a Brantford, Ont. judge ruled that an 11-year-old aboriginal girl with leukemia had a constitutional right to stop chemotherapy and use traditional medicine instead. The girl, whose identity is protected by a publication ban, had been undergoing chemotherapy, but her mother stopped the treatment in September and took her to Florida to receive alternative treatment.

The case was similar to another aboriginal girl, 11-year-old Makayla Sault, also with leukemia, who last spring chose to end chemotherapy. In that case, the hospital treating her asked child authorities to intervene. They refused, and the hospital did not pursue the matter.

The court decision was met with indignation and shock by columnists and medical and legal experts.

But during Friday's panel discussion Darren O'Toole, a member of the University of Ottawa's law faculty and expert on indigenous rights, argued that a lack of understanding of Ojibwe culture has perpetuated anger at the court's decision.

O'Toole said the decision raises many questions about how western philosophies dominate the healthcare and legal systems. Viewing the case from another cultural perspective may change someone's opinion.

However, even O'Toole admitted he was surprised at the court's ruling.

"My first reaction was, 'You're just going to let this little girl die?'" he told The Tyee after the panel.

"So I understand that emotional reaction. But it's a bit of a knee-jerk reaction."

O'Toole said he doesn't know if there's a right answer in the case, but the reaction showed how prevalent the fear of death is in western culture and the impact it has over treatment.

Last May, Makayla released a YouTube video explaining why she wanted to refuse mainstream cancer treatment and instead try traditional medicine.

In the video, Makayla, whose parents are Christian pastors, says Jesus told her she would be healed. She says she has gained weight and feels better. There were reports this month that said her condition had worsened, but band leaders refuted the claims.

"God, the creator, has the final say over my life," Sault says in the May video.

And that aspect of Ojibwe culture is being overlooked by mainstream Canada, according to O'Toole.

"The way they look at death is very different than western culture, so right away there's room for a total misunderstanding on that basis," he said.

Based on his experience, he said the Ojibwe culture's view on death is that people are part of a larger picture and death is something to be accepted.

He also pointed out the paradox of outrage at a decision that could result in the death of the girls, when society appears to have little regard for the safety of aboriginal women as they grow up -- for instance the case of missing aboriginal women across Canada.

"If she fell into prostitution or something like that would they care, suddenly, about her life anymore?"