Two new reports on tight oil, or "difficult" oil extracted by fracking and horizontal drilling, and bitumen mining in North America strip away the marketing hype on extreme hydrocarbons and conclude that their futures may be volatile and shorter than advertised. 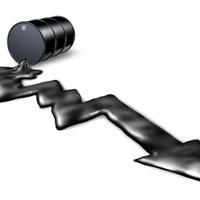 "Drilling Deeper," a massive, 300-page report by energy analyst and B.C. resident David Hughes, finds the boom in tight oil and shale gas plays in the United States will not last long, nor deliver energy independence to that country.

Using real well data, Hughes, one of the continent's most highly cited energy thinkers as a fellow of the Post Carbon Institute and author of several high profile studies, estimates that U.S. tight oil production from seven plays such as the Bakken and Eagle Ford will peak by 2020 and never attain production targets forecasted by government agencies, such as the Energy Information Administration.

Tight oil, also known as shale oil, is an extreme hydrocarbon that comes from deep shale rock formations as hard as granite. These formations require extensive blasting or fracking with highly pressurized volumes of sand, water and chemicals in order to force the oil to flow. In contrast, most conventional oil comes from formations as porous or permeable as volcanic pumice.

Due to average three-year decline rates that range between 60 and 90 per cent, Hughes found that U.S. tight oil production will likely average 73,000 barrels a day by 2040 and not the million barrels now optimistically predicted by government forecasters.

"The analysis shows that simply maintaining U.S. shale gas production in the medium term -- let alone increasing production at rates forecast by the Energy Information Administration through 2040 will be problematic," he writes.

To support government forecasts, the oil and gas industry would have to invest $910 billion by 2040 and drill another 130,000 wells.

"Actual production data from the past decade of shale gas and tight oil clearly do not support these assumptions," adds Hughes.

False promises surrounding these extreme hydrocarbons has led to a tempering of investments in renewable energy along with truncated public policy on climate change, explains the energy analyst.

The report calls into question "plans for [liquefied natural gas] and crude oil exports and the benefits of the shale boom in light of the amount of drilling and capital investment that would be required, along with the environmental and health impacts associated with it."

Hughes advises that governments "harness this temporary fossil fuel bounty to quickly develop a truly sustainable energy policy -- one that is based on conservation, efficiency, and a rapid transition to distributed renewable energy production."

Another report from Oil Change International, a U.S. organization devoted to calculating the true cost of fossil fuels, and the Institute for Energy Economics and Financial Analysis also offers a cautionary analysis on bitumen production from the oilsands, which now sits at two million barrels a day.

It notes that capital expenditures in the mining project are declining and that oilsands extractors are under-performing in the stock market. In addition, many analysts have downgraded the outlook for the massive mining project due to pipeline blockades, rising costs and growing carbon liabilities.

The HSCB Bank, for example, now rates bitumen as a high-risk investment given its high carbon footprint, which is 17 per cent greater than conventional oil. In a carbon-constrained world, the bank predicts "capital-intensive, high-cost projects, such as heavy oil and oilsands, are most at risk."

"Delays and cancellations have exposed the fact that tarsands investments, once thought to be highly lucrative, are showing signs of financial weakness," adds the Oil Change International report.

In the last year, industry has cancelled three major multibillion-dollar projects: Shell's Pierre River, Total's Joslyn North and Statoil's Corner Project. The three projects would have produced 4.7 billion barrels of bitumen equal to the pollution of 735 coal plants in one year, or 2.8 billion metric tonnes of carbon dioxide.

The report adds that "public accountability campaigns against tarsands production and tarsands pipelines have swayed public opinion at a time when economic forces are pressuring the viability of tarsands investments."

In the last year, Alberta crude oil sold on average between 15 to 20 per cent under the price of international crude oil delivered to North America.