The British Columbia government will have to defend in court its policy of clawing back child support payments from income and disability assistance cheques to single parents. 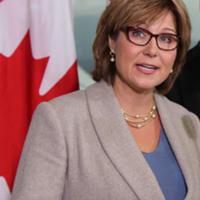 Single Mom Slams Clark on Clawbacks: 'She Has Zero Idea'

"From talking to these families and learning how the policy affects them and their children, we think we have a very strong argument to argue that it's discriminatory," said Kendra Milne, a staff lawyer with the Community Legal Assistance Society in Vancouver.

The plaintiffs in the case filed Oct. 14 are three mothers and their dependant children, as well as the Single Mothers' Alliance of B.C. Society.

The notice of civil claim argues that the provincial government's policy of deducting child support payments dollar for dollar from the income or disability assistance provided to parents is unfair. Child support is intended to ensure children benefit from the incomes of both of their parents, but the province's policy prevents that from happening, it says.

"It's their right to get that support," said Milne, noting that the province could easily exempt child support payments when calculating income or disability entitlements, similar to how people may earn a few hundred dollars by working without it affecting their benefits.

The notice of claim outlines the situation of three children and their mothers, Rosario Lacuata-Picar in Surrey, Rachel Goodine in Victoria and Jennifer Brice in Victoria. In each case it describes the incomes they live on and the difference the child support payments would make.

For Lacuata-Picar, whose 17-year-old daughter Donetta has "severe disabilities" according to the notice, keeping the payments would raise her total income, including provincial and federal benefits, from an average of $1,742 a month to $1,982.

"If the family unit was able to receive payments from Mr. Picar without it impacting their monthly income assistance, Ms. Lacuata-Picar would use the additional money to improve Donetta's standard of living by purchasing items like medical supplies and clothing," it said.

The government has three weeks to file a response to the claim.

In the spring, both Premier Christy Clark and Social Development Minister Don McRae said that while they were sympathetic to the hard time single parents were having, there were many competing priorities and the government couldn't afford to make the change.

The NDP estimated the cost of ending the clawback at $17 million a year, which they pointed out was about the same amount of public money the government spent on pre-election advertising. The province's total budget is in the order of $45 billion.

Milne said the best case scenario is that the consultation on this issue that was promised in the government's white paper on disability assistance earlier in the year leads to a change in the policy. If not, the court case will proceed, she said. "They're also willing to fight for their rights if they need to."

Michelle Mungall, the NDP's critic for social development, raised the issue repeatedly in the legislature last spring. Today she released a statement saying the province should stop the clawback without forcing families to go to court.