Soccer fanatics flood the Pinto Martins International Airport in Fortaleza, Brazil, where the arrivals hall is packed with green and yellow stalls advertising a selection of wares. Among the big brand names, there's a small stand attracting a flock of tourists. Its banner reads "Banco da Periferia," or Bank of the Slums. 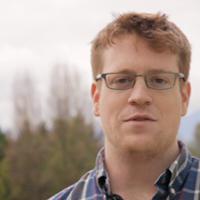 Behind the stand is a group of small business owners who live and work in one of the city's largest favelas. They're here to sell items they've produced over the last months, and in the process tell people about how they've solved their local economy's lack of growth with a homegrown currency.

"There are a lot of people out there saying the World Cup is completely bad for poor communities," said Joaquim de Melo, founder of the first local currency in Brazil and one of the sellers behind this stall. "We are here to show that we can make out of this experience an opportunity for our community."

Two decades ago, Melo posed a question that many in his community wondered, but few had the courage to ask: "Why are we poor?"

As a resident of a favela, or slum, Melo wanted to understand why, despite genuine efforts, his beloved home known as Conjunto Palmeiras couldn't seem to grow out of poverty. "Because we don't have money," replied his neighbours.

That couldn't be all there was to it, he thought. Melo started asking around to find where everyone's money was going. He learned nearly 90 per cent of what was earned by the favela's residents was spent outside the community. Even the most basic items, like a bar of soap, a haircut, and a loaf of bread were purchased outside of Conjunto Palmeiras.

In 1998, he came up with an economic instrument to change things around: a new currency that would help stimulate local production and consumption. Named Palmas after the favela, the currency was backed by a community bank, and owned and run by residents of the neighbourhood.

The idea behind it is simple. Create a currency that can only be used inside a given community, slowly introduce this currency with the help of a bank, and watch the money help the local economy grow as it circulates.

Melo's solution became the method to be followed. In 2003, the Brazilian government created the National Solidarity Economy Secretariat (SENAES), making a financial commitment to spreading the community bank model. Since then, over R$21 million (CAN$10 million) has been invested in the creation and maintenance of these local institutions.

According to a recent report by the Brazilian Network of Community Banks, 104 such institutions currently exist in 19 states across the country. These community banks offer a range of services, like micro-insurance and microloans, both in local currencies and the Real. Some act as bank correspondents, allowing residents to pay bills and cash cheques from other institutions.

"In the end, it's about bringing banks to the most remote parts of the country and giving the local population an opportunity to grow without having to leave their community," said Melo.

'Symbols of our fight'

The União Sampaio Bank, located in a low-income neighbourhood in São Paulo, is one of the many institutions created by the government. Since 2009, the bank has launched two local currencies: the Sampaio, which is tied to the Real; and the Solano Trindade, which is used solely for the exchange of services.

Cleberson Pereira, who has worked in the bank since its inception, believes these currencies are a way to teach the community to dream bigger. In a little over six years, the União Sampaio Bank has helped a teenage poet travel to Argentina, a 75-year-old retiree publish a book, and a group of formerly abused women open a business.

"These currencies represent our people," he said. "More than anything, they're symbols of our fight -- the fight to be here and succeed."

While the government covers the start-up costs of community banks, Pereira said they're a long way away from being recognized as financial institutions by the Central Bank -- and this poses a problem to their growth. For example, they can't create new capital or compete in any way with the country's official currency.

"On the other hand, if they decide to recognize us, does it mean we have to follow their guidelines and let go of the ‘for the community, by the community' structure? We shouldn't have to choose."

According to Augusto Neiva, coordinator of the Center for Solidarity Economy at the University of Sao Paulo, by acting within delineated regions these local currencies can't affect the larger economy. That's why they are allowed to exist.

"We shouldn't have an idyllic image of the model," he said. "The banks and currencies have limited capacity. They will not be taking over the country."

Economies to be shared

Local or "community" currencies are not foreign to the Canadian context.

In 1982, Michael Linton, a former chemical engineer, was thinking very hard about money. High interest rates coupled with widespread unemployment meant that a lot of people in Courtenay, British Columbia didn't have enough to spend on the things they needed.

Linton got thinking. What if he could create another type of currency that would supplement the Canadian dollar?

A year later, the Comox Valley "local exchange trading system" (LETS) emerged, allowing residents to make purchases with something other than material money. Every time a person bought something, they would be making a commitment to offer that same amount in services or goods to other members of the network. Every transaction was recorded electronically and posted openly for all other members to see.

This allowed individuals who were not making enough Canadian dollars to supplement their income with credit. The model remained a success until 1988, when residents started running out of interest. Since then, the system has been replicated numerous times in various parts of the world.

Meaghie Champion, of B.C.'s S'amuna' Nation, launched Tetla in 2012 as an out-of-the-box economic solution to her community's significant poverty. After only two years, residents and businesses have managed to introduce roughly CAN$15,000 as Tetla.

"Trade is a vital part of aboriginal culture," she said. "When it felt like nothing was going to change, Tetla emerged as a possible way forward."

According to Champion, currencies like Tetla support local businesses and create resilience within the community, fostering collaborative growth.

But Jordan Bober, co-founder of Seedstock, a Vancouver-based currency, said he's already faced hurdles after being in business for less than two years. "We have been successful at getting the word out. On the other hand, the uptake has been very slow."

Bober thinks it will take a while for people to start adopting currencies like Seedstock. Yet he's hopeful. "Changing the way we think about money is a powerful tool for changing the world," he said.

As for Linton, he's planning to launch a new ‘smart card' system that will be able to carry a multitude of local currencies simultaneously. "Basically, you would be able to support a number of community currencies without having to change cards or carry bills."

By facilitating sales and purchases, Linton hopes more people will adopt the model as a supplement to official currencies. "There's so little benefit to collaboration in our current economy," he said. "Unfortunately, that's our world. But this is an old narrative. It's time for it to go."