Efforts to provide better, more cost-effective health care for Vancouver's most complex and vulnerable patients may result in the closure of specialized clinics and needlessly abandon valuable innovations in primary care, critics warn. 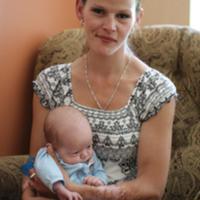 Significant changes are coming at six clinics in the city, where doctors are paid differently than most doctors in B.C. providing primary care or general practice services.

Doctors at the six clinics receive a fixed salary, rather than the regular fee-for-service model, based on the argument the clinics serve more complex, "high-needs" patients, and that these patients benefit from the team approach and more intensive clinical work made possible by the alternative payment program.

About five per cent of Vancouver patients are categorized as "high-needs," characterized by multiple diagnoses, addictions and mental health issues.

Last month, however, Vancouver Coastal Health announced there's no longer a need for all six clinics and that care for vulnerable patients will be consolidated at one: Raven Song Community Health Centre at 8th and Ontario. The changes should be implemented by the end of this year.

"Some of our primary care sites were not connecting with the high-needs clients that we are mandated to serve" and instead ending up in emergency rooms, explained Laura Case, VCH's incoming chief operating officer.

High-needs patients will be re-assigned to Raven Song from the Evergreen, South and Pacific Spirit clinics (all funded by VCH). The health authority also plans to move patients from the youth-oriented Pine Free Clinic and the Mid Main Community Health Centre to Raven Song, and shift the salaried doctors at these clinics, both of which receive some funding from the health authority, to fee-for-service.

According to VCH, the changes will save healthcare dollars while maintaining a strong level of care for vulnerable patients. But doctors and patients at the specialized clinics say the loss of the multidisciplinary, holistic care they offer will do more harm than good.

At Vancouver's Mid Main clinic, for example, "extras" like doctors making house calls to frail, elderly patients, and support groups for diabetes patients, will be lost with the changes, according to long-time Mid Main physician Margaret McGregor.

"Every three months, each doctor meets with the pharmacist and nurse practitioner to review our patients with diabetes. We discuss their blood pressure readings, their lab results, when they were last seen by an eye doctor and whether they have had their feet examined recently," she wrote in a Vancouver Sun op-ed. "If we haven't seen them for a long time, we arrange to contact them by phone or ask them to come in to review how they are doing."

One of the standard criticisms of fee-for-service funding of primary care medicine is that the check-off list of allowable billings generated by the government, and a payment schedule that is essentially piecework, can conspire to run up unnecessary costs and pressure doctors to conduct short and impersonal appointments with patients, and miss diagnostic clues that emerge in less time-pressured appointments that are possible when doctors are salaried.

VCH is responsible for over one million patients and spends over $3 billion every year on operations, including pay for more than 13,000 employees.

It has been a B.C. pioneer in developing multi-disciplinary clinics ever since the Pine Free Clinic -- which will be dramatically changed by the new funding plans -- was opened in 1971.

As a result of the changes, Mid-Main's McGregor said funding for her clinic's nurse practitioner and over 90 per cent of funding for its office assistants would end in coming months.

"Our clinic started back in the late nineties as a way of providing more holistic, interdisciplinary primary care," she wrote in the Sun op-ed. "Now, it seems our health region has decided this model of care is no longer a priority."

"Although Dr. McGregor makes a compelling case for the services offered at her Mid-Main Community Health Clinic," Barrios wrote, "she also leaves the erroneous impression that VCH is cutting dollars and leaving patients hanging in the balance. Nothing is further from the truth."

The consolidation of high-needs patients at Raven Song will deliver "more robust and fully-coordinated care to those who need it," he wrote, and the clinic will be open for longer hours.

He added that Mid Main's patients are no more complex than those found at other, more conventional clinics, and that the extra money paid to support its administrative staff is unfair to offices within the fee-for-service model, which do not receive it.

Dr. David Hall, VCH's medical director for primary care, said the six clinics were "not truly multidisciplinary" because they did not feature the array of health professionals working in a team that the term implied. When asked whether this lack might have been made up by more funding to add professional staff, Hall said that the decision to concentrate high-complexity patients at Raven Song was a preferable solution.

Recently published research conducted by Mid Main clinic's McGregor and Dr. Vanessa Brcic suggests that young family practice doctors in B.C. have a strong preference against fee-for-service models of funding, with 71 per cent of doctors polled indicating that the fee-for-service model would not be their first choice.

The alternatives to fee-for-service payment models were perceived as contributing to fewer frustrations with billing systems, improved quality of work life and better quality of patient care.

On April 8, patients, advocates and public figures rallied outside of the Evergreen Community Health Centre in Vancouver to protest the changes. "I learned about these changes coming at Evergreen from my doctor, and I felt terrible," said a visibly-upset Chris Taulu.

An energetic, white-haired activist, Taulu runs the community policing storefront office near Evergreen and has been a patient for years. She said the Collingwood community was promised consultation if there were to be changes at the clinic, but that never happened.

The trouble with the fee-for-service model proposed now at Evergreen, according to Taulu, is that the patient only gets 10 or 15 minutes and "then out you go."

"This government's decision to abandon its commitment to community-based primary care services in Vancouver is going to hurt people with complex medical needs by restricting their access to high-quality care and making many lose their family doctor," NDP health critic Judy Darcy told the rally.

This would occur, Darcy added, at a time when over 100,000 people in Greater Vancouver are without a family doctor.

A confidential external review of VCH facilities, conducted in fall 2013 for the health authority but never widely released until CBC leaked it last week, was critical of some of the proposed clinic changes, suggesting they represented a problem for public perception.

"The optics of undertaking significant change to the handful of interdisciplinary clinics already serving primarily marginalized high-needs populations and their redirection to largely inaccessible private practice may be difficult to address," wrote the authors of the review.

The leaked review also highlighted areas of confused communication between VCH and its clinics.

Mid Main's McGregor said she sees a big disconnect between the statements made by the provincial government about supporting and developing multi-disciplinary team approaches to medical service delivery and the changes being implemented at the Vancouver Coastal Health Authority.

"There is no real evidence based argument for creating the sort of 'super clinic' being proposed at Raven Song," she said. "Why would the authority scrap what's working for improvement that is notional at best? We are supposed, as doctors, to 'do no harm,' and these changes are irresponsible."