A woman in dire financial straights starts stealing the things she needs but can't afford. The police catch her shoplifting and charge her with the crime for the first time in her life. 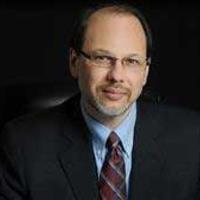 During the wait for her court date, she leaves Vancouver several times to visit her boyfriend. Those visits result in 16 separate administration-of-justice offences. That's 16 separate offences on top of a shoplifting charge that hasn't even seen its day in court.

Ask a lawyer in B.C. about administration-of-justice offences, and it's likely you'll hear a story like this. These are cases where a person accused of a crime gets into legal trouble for failing to follow the conditions of bail or a probation order.

Marginalized citizens -- people already facing a host of intersecting social, educational and economic barriers related to poverty, mental health and disability -- are often at the centre of such offences. These offences are technical violations that lead to criminal penalties.

While these conditions can keep people safe and encourage people to change problematic behaviours, they can also lead to a spiraling of charges, often for conduct that wasn't criminal to begin with.

A growing chorus of legal professionals, provincial justice reform initiatives and academics are concerned that some conditions of bail and probation can unfairly set up the young, the vulnerable and the mentally ill to fail in the criminal justice system.

The most common failures

Failure to comply with a court order and breach of probation are the two most common criminal offences in Canada. They make up 20 per cent of all criminal matters in the country.

In B.C, these crimes are even more common. Administration of justice offences (primarily breaches of bail and probation) represented almost half -- over 40 per cent -- of all B.C.'s criminal court case matters in 2012, according to a report from the B.C. Justice Reform Initiative.

This number is growing despite a drop in overall crime rates. Police charges for bail violations increased 127 per cent between 2000 and 2012. And yet the overall charging rate decreased by 1.4 per cent, according to Statistics Canada.

Many experts, judges and legal professionals deem it necessary to reconsider what counts as a reasonable condition of release. They call for more restraint in the use of abstinence conditions, curfews, area restrictions and other restrictive conditions. Others emphasize the success of the community court model, which seeks to address the root causes of crime.

Community courts provide essential links to services like housing, health interventions and addictions counselling. In so doing, they can help people stay out of the prison system. 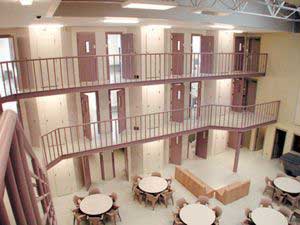 Inside a pretrial centre in Port Coquitlam, B.C.

The crime rate in B.C. is at its lowest point in four decades. But that hasn't stopped the provincial government from increasing our correctional capacity. A new 216-cell wing of the expanded, redesigned Surrey Pretrial Services Centre opened its doors in February, marking the final phase of a $185-million project.

The Surrey Pretrial Centre, now B.C.'s largest correctional facility, is intended to house prisoners being held in remand, or temporary detention awaiting trial. Remand is a temporary form of imprisonment for people accused of a crime. Accused are held in remand when judges believe they pose too great a risk to both society and themselves to be released.

While remand is intended to be a temporary measure, the average length of stay in remand was 38 days -- over a month -- in 2011 and 2012, according to data from the B.C Justice Reform Initiative.

Research literature has firmly established that a stay in remand can lead to a loss of employment and housing. Remand prisoners re-entering the community are prone to relapsing into drug and alcohol addiction, so they are often in need of temporary assistance. Abstinence orders often present additional obstacles and stress.

A representative from the Ministry of Justice told Megaphone that B.C. Corrections provides people in remand with information on accessing community supports like drug and alcohol services and mental health services, in addition to services provided through the Ministry of Social Development and Housing.

Every person entering remand is subject to a medical and mental health assessment, and remand centres staff drug and alcohol counsellors, a mental health coordinator, a psychologist and a psychiatrist.

Studies by Statistics Canada and the B.C. Justice Reform Initiative show administration-of-justice offences, particularly breaches of bail and probation, are the top contributors to growth in the number of people being preventatively detained in facilities like Surrey's -- not big-ticket criminal events, like surges in gang activity.

The number of preventative detainees in B.C.'s prison system has jumped from one-third of the province's prison population in 2000/2001 to more than half in 2011/2012. Anthony Doob says the growth in this population is expensive and also preventable. The University of Toronto criminology professor was part of a research project investigating causes behind the growing numbers of people held in remand across Canada.

"Studies have shown that there are no good reasons for this increase in remand," Doob told Megaphone. "Unfortunately it's something that is happening in a lot of provinces."

Crime has been falling in urban areas throughout North America since the 1990s. In the U.S., prison populations have recently started to decline, but in Canada the rising numbers of people in remand has kept the overall prison population stable.

For Doob and many others, the growth in remand is a troubling moment that signals a problem with how Canada's justice system operates.

"You are innocent until proven guilty. It is a very simple principle," Doob says. "But in the provincial and territorial prisons today, we have more people held awaiting trial than are being punished."

Conditions for release fail people on the margins

While B.C. has seen some of the steepest drops in crime of any Canadian province over the last 20 years, the number of people in remand has grown significantly.

Some people held in remand will eventually have their charges dropped or be found not guilty. This means many people accused of a crime will spend time in prison without ever being found guilty or afforded the protections that come with a trial.

Doob points out that even in cases where an accused is found guilty, time spent in remand can be out of proportion to the severity of the offence.

The good news, according to Doob, is that many provinces are beginning to realize that growing remand numbers are a problem, and are starting to do something about it.

Many of these inquiries have looked to the use of conditions of release as an area for reform.

Judicial decisions to release someone pending trial, also known as bail decisions, "are very often the most critical decision the court is going to make," says David Griffiths, a veteran of the Canadian defence bar and current manager of B.C's Legal Services Society. From the defence perspective, Griffiths says, "If your client is detained while you wait for the trial, you've already lost the case."

The decision to detain someone is often the result of a record of a person failing to comply with the conditions of their release, or reoffending.

But for some, especially those for whom mental health, addictions or socio-economic life circumstances could stand in the way, a record of violating conditions of release does not necessarily reflect a pattern of serious reoffending.

Understanding court documents and keeping appointments are much harder for those with unstable housing, unmet mental health concerns and concurring addictions issues. Imposing restrictive conditions of release without addressing these underlying problems can be counter productive.

It's easy to see how a minor offence can lead to a series of administrative offences. It's what Griffiths calls a "compounding cycle."

A defence attorney, Griffiths says, can be instrumental in helping a vulnerable client navigate the system. Many defence attorneys work with the court to arrive at bail terms and sentences that will help their clients, sometimes through rehabilitation, and in other cases, through more restrictive conditions of release.

Bob Bellows is a defence attorney who has been practicing for 40 years in Vancouver. He says many people going through bail court do not have telephone numbers, fixed addresses and other things that make it easy to keep appointments and stay in touch with their defence council.

Even though legal aid funding recently increased by $2 million in B.C., Bellows would like to see more invested.

Chronic underfunding has led to a lack of legal aid representation in civil and family law as well as representation for "low risk" criminal charges that would not lead to a jail sentence.

'We can no longer do this automatically'

Adequate funding for legal aid is only one part of the puzzle. In addition, Bellows says there needs to be more collaboration between legal actors and more housing.

In a precedent-setting 2013 ruling, Rosborough rejected the conditions of bail imposed on two people with a record of alcohol abuse that they abstain from alcohol.

For Rosborough, "ordering an alcoholic not to drink is tantamount to ordering the clinically depressed to 'just cheer up.' In his ruling Rosborough points out that without other supports, abstinence conditions are counterproductive.

He urges lawyers to rethink the unrealistic practice of imposing drinking bans to those struggling with alcohol addictions while they wait for their court dates.

In an article on the landmark ruling in the Edmonton Journal, Greg Lepp, associate minister of justice, was quoted as saying that the Alberta government now plans on using Rosborough's decision as a teaching tool.

Lepp says that courts used to apply drinking bans as a matter of routine, but "we can no longer do this automatically."

Therapeutic approaches at work in Vancouver's Downtown Community Court have helped reduce reoffending by addressing root causes of crime and providing judges with necessary contextualizing information about the accused.

A recently published peer-reviewed evaluation of Vancouver's Downtown Community Court found that its outreach and support programs reduced reoffending significantly, and specifically reduced the likelihood of breach almost by half.

Other criminal justice institutions could do well to model their approaches after the ones at work in the community court. Both failure to comply with a court order and breach of probation are rooted in the socio-economic circumstances facing the accused, which the Downtown Community Court aims to address explicitly by providing access to housing and other supports.

As it stands, however, the community court's holistic approach to its clients is rare in Canada's larger legal landscape. But there is much to learn from its workers' acknowledgement of the intersecting roles that housing, mental health and addictions services and other social supports can play in predicting outcomes for people navigating the criminal justice system.

"I see the objectives of the Downtown Community Court as being really worthwhile," says Bellows.

"It is really clear that as soon as individuals are able to be housed in a decent environment, their lives change significantly for the better. That's where it starts."