The new chair of the B.C. government's Multicultural Advisory Council, Tenzin Dargyal Khangsar, courted ethnic voters for the Conservatives while working as an aide to federal Citizenship, Immigration and Multiculturalism Minister Jason Kenney, whose portfolio is now Employment, Social Development and Multiculturalism. 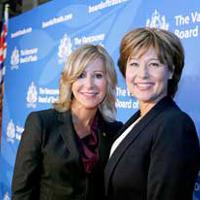 Clark Supporter Gets Lotto Board Gig

Some details of Khangsar's entwinement with immigrant business and political circles are made visible because of a current court battle among various founding members of Canada Korea Foundation -- a crumbling of alliances that has caused a B.C. Conservative senator to lately publicly distance herself from the organization she helped create.

Khangsar was born in Quebec of Tibetan heritage and was national coordinator of the Canada Tibet Committee when he unsuccessfully ran for the Tories in Brossard-La Prairie in the 2006 federal election. He went to work as a special advisor in the Prime Minister's Office in June 2006. From October 2008 to August 2010 he was Kenney's director of multicultural affairs. His LinkedIn profile does not show where he worked from September 2010 to January 2011, but it indicates he began working under then Industry minister Tony Clement in February 2011. The Conservatives won a majority in the May 2011 federal election.

Khangsar was hired in October of 2012 to be managing director of RCI Capital Group, a Vancouver-based investment house with a Beijing branch office.

The person who hired him was John Park, the Korean-Canadian CEO of RCI Capital Group.

Almost two years before the hiring, Khangsar helped Park and two other men form the Canada Korea Foundation, which Park said in court documents was involved in "lobbying the federal government regarding Canada-Korea bilateral relations."

In a transcript from Park's examination for discovery, Park gave his version of what Khangsar is employed to do for his private investment firm. Park testified that Khangsar's "specific responsibility" with RCI is "mainly government relations."

Neither RCI, Park nor Khangsar are listed in the federal lobbying registry.

Other high profile Conservatives with ties to RCI include retired MPs Stockwell Day and John Reynolds, who were both active supporters of Premier Christy Clark and the BC Liberals' 2013 re-election campaign.

How a photo-op materialized for the PM

The invention of the Canada Korea Foundation proved advantageously timely for the soon to be election-bound Conservatives. CKF registered Sept. 21, 2010 as a federal corporation under the Canada Corporations Act and Khangsar helped coordinate its Feb. 21, 2011 launch banquet in Burnaby. The featured keynote speaker: Prime Minister Stephen Harper.

Just over a month later, after losing a confidence vote in the House of Commons, Harper called an election, set for May 2.

Making the launch of CKF, a showcase for Harper was part of Khangsar's vision from an early point, and he made it a motivator as he sought funding for the project.

A Jan. 25, 2011 email by Khangsar to CKF directors Park, Kim and Shin said he was working with the Canadian Chamber of Commerce for rights to the name Canada Korea Council (CKC), because CKF did not "plan to give our charitable tax receipts as most foundations do."

"Friends, as I am focused on my consultancy practice and my time is literally how I pay my mortgage and family expenses, I must respectfully request that the founding directors of CKC make a decision about next steps," Khangsar wrote. "It is my own view that if we have at least $100,000 to start, we can: navigate a merger with [Canada Korea Business Association]; develop partnership with Hanca Foundation; proceed with the Action Plan; launch of CKC with the PM for late spring-early summer."

Khangsar's email mentioned a scheduled Jan. 30, 2011 meeting with Conservative Sen. Yonah Martin, an honourary patron of CKF. The CKF launch was accelerated to correspond with Harper's pre-election trip to Vancouver.

"That meeting was probably that he had offered to come out and work on the event and we were talking about some of the details of the event," Martin recalled in an interview with The Tyee.

In a Feb. 1, 2011 email to Park, Kim and Shin, Khangsar referred to himself as "your advisor." He recommended the directors write $50,000 cheques to CKF, open a bank account and "Join teleconference to plan for PM Harper event-meeting on Feb 21st."

The Harper-headlined launch drew more than 300 people, including a dozen cabinet ministers, to the Hilton Metrotown. Nine donors gave CKF $10,000 each, and five of them were hosted at an appreciation lunch the following month at Kamei Royale in downtown Vancouver.

Park testified in examination for discovery that the foundation was conceived in fall 2009 "at the encouragement of Sen. Martin and Dr. Shin and Tenzin." He said then Foreign Affairs minister Lawrence Cannon pledged federal support and specifically requested a copy of the CKF proposal be sent to him.

Park also testified that he introduced Khangsar to both Shin and Kim in spring 2010, though he said Kim and Khangsar previously knew each other. Kim did not respond to an interview request.

"I knew [Khangsar] through my -- my relationship with the party."

Khangsar was never a member or director of CKF, but was described by Park as a "cheerleader of the community."

"[Khangsar] encouraged all three of us through multiple meetings," he testified.

Park was asked by Kim and Shin's lawyer, Kevin Nakanishi, why Khangsar became involved in the foundation: "Well, first of all I think he believed that our community needed it, and, I guess, secondly it was -- it was part of his job."

Park said Khangsar told the three of them that he assisted in the creation of the 2007-established Canada India Foundation, "and that he could do the same for the Canadian Korean Foundation."

Repeated phone calls and emails to Khangsar were not returned. Park responded on his behalf and said in an interview that Khangsar's task under Kenney "was to bring in the immigrant vote for the party."

But by the fall off 2011, CKF was embroiled in board infighting.

On April 27, 2012, Park filed a breach of contract and negligent misrepresentation lawsuit against the other two CKF directors Kim and Shin, and the foundation, after he claimed he put up $50,000 and the others breached a February 2011 verbal contract to do the same.

On November 17 of last year, Martin and Haliburton-Kawartha Lakes-Brock Conservative MP Barry Devolin resigned as honourary patrons of the Canada Korea Foundation, their letter to CKF directors Park, Kim and Shin expressing "wishes for a clear resolution of the legal conflict."

Martin's relationship with CKF by then had been bumpy and potentially embarrassing for two years.

Court filings include a Sept. 19, 2011 email from Martin through her Yahoo.com address to Park and the CKF board.

The email said CKF was the sponsor of a Parliamentary Internship Program "of three capable Korean-Canadian interns from B.C., Alberta and Ontario." CKF's sponsorship collapsed amid the CKF board infighting later that fall.

On Nov. 7, 2011, Martin sent an email to Park after she learned that the two interns who were hired had not received their individual $4,000 sponsorship payments.

"It is now November, so it is over two months later than originally agreed upon," Martin wrote. "Despite the internal conflict that has unfortunately plagued CKF, I know you will agree that the interns should get their payment. Please confirm the date and time when Ed can pick up the two cheques: for Julie Kim and Ji-Young Kim. And he will Fed-ex the cheques to Ottawa to expedite their cheque delivery."

Julie Kim was an intern for Devolin and Ji-Young Kim worked in Treasury Board President Tony Clement's Ottawa office.

Park claimed in an affidavit he paid the interns $8,000 "out of my own funds."

Sen. Martin told The Tyee the dispute among CKF's directors "is very unfortunate, because they're all fine individuals with whom we'd planned, over a long period of time, on a very wonderful initiative that would help represent the Korean-Canadian community and some of the important bilateral issues."

In December, Khangsar was appointed to head the Multicultural Advisory Council that advises Teresa Wat, the BC Liberals' International Trade and Multiculturalism minister.