Librarians who witnessed an unprecedented federal library downsizing as well as the closures of seven world famous science libraries at the Department of Fisheries and Oceans (DFO) say the cullings indicate a major shift to "minimalist government." 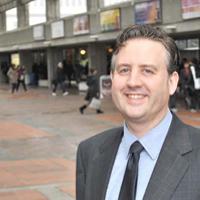 One describes the mishandling of major collections as "vandalism."

Both librarians, who requested anonymity, also believe the Canadian public has no real idea how the dismantling of the federal library system, together with the closing of scientific research stations and the gutting of environmental federal legislation, represents a qualitative change of governance for the country.

The seven closed libraries contained irreplaceable material dating back 100 years on the state of the nation's oceans, freshwater and fisheries.

They included the 200,000-strong collection at the Eric Marshall Aquatic Research Library at the University of Manitoba, a globally significant collection on ocean science research at the Northwest Atlantic Fisheries Centre library in St. John's, one of the largest collections of freshwater science (61,000) in the French language at Maurice Lamontagne Institute in Quebec and the historic marine science library at St. Andrew's Biological Station (SABS) in New Brunswick.

Scientists bitterly protested the closure of many of the libraries, including the one at SABS, but to no avail.

"The fact that many materials were thrown away or given away [most of the books at SABS] is heartbreaking to those of us who are dedicated to marine science and the history of science in Canada," said ocean pollution expert and former federal researcher Peter Wells.

The dismantling of the libraries was so chaotic that no attempt was made to retrieve books on loan. At some of the closed libraries, books were given away to staff or ended up in landfills. In Winnipeg, private consultants took away truck loads of material from the Eric Marshall Library, while some members of the public scavenged shelves for Christmas gifts.

Both the federal New Democrats and the Canadian Library Association have requested clarity over the decision-making process and a full accounting of what was actually saved and what, if any, material was digitized, as claimed by the government. Both also want to know why federal scientists were not consulted.

It remains unclear what will happen to material boxed and shipped to two remaining libraries, or what parts of the shuttered collections were offered to Library and Archives Canada (LAC) or other universities before their removal.

Prominent scientists have called what the government refers to as "a culling" as a national tragedy and "information destruction unworthy of a democracy."

The federal government says the closures will save taxpayers $430,000 a year, and that the public wasn't using the facilities even though the libraries were designed to serve scientists or federal research stations.

'Just the tip of the iceberg'

Although the electronic age has changed the way libraries are used and operated, the closure of nearly two dozen federal libraries as well as substantial cuts to LAC signify a major shift in public policy, say the librarians.

"The government thought it would be a quick hit, and in some cases members of the Harper government thought that libraries serving federal science were just wrong because they feel that scientific research should be done by academics or business," said one librarian from Western Canada.

Federal librarians "are used to changes in policy and direction, but what has really changed is the denigration of everything that came before," the librarian said.

"We are used to narrowing and broadening of the focus of federal libraries. But previous governments never went back and destroyed what other people did. Going back and destroying everything that came before is simply vandalism."

The federal library closures, combined with a narrowing of the mandate for LAC (it now has a Canada-only focus and may be forced to purge its foreign material), represents "a decision to have a minimalist government," added the librarian. "It's just the tip of the iceberg."

(Daniel Caron, the former head of LAC and a Harper appointee, however, did spend $4,500 on private Spanish lessons before the scandal forced his resignation last spring.)

A librarian who worked for one of DFO's libraries paints a similar picture of chaos and loss, confirming complaints from some of the nation's top scientists about the haphazard nature of the dismantling.

"It still occupies the frontal lobes of my brain every day, and is all consuming," said the former librarian, who adds she sensed something was about to happen after the federal government announced heavy budget cuts in March 2012.

"We knew the cuts would be wide and sweeping, but nobody expected to see seven out of 10 libraries closed at the Department of Fisheries and Oceans."

Two months later, on May 17, affected staff got an email to report to a teleconference room equipped with a phone and a Kleenex box. "I got a call from someone senior within my branch and she was emotional and not looking forward to giving me the news," said the former librarian.

No one expected so many closures: "I was expecting that our science libraries might go the route of Shared Services Canada (SSC) or something similar," she said.

SSC is a new agency dedicated to consolidating the government's complicated network of data centres and information technology. It is dedicated to "savings, security and better service through private sector engagement."

But that arrangement didn't happen. "To get rid of people who manage information in an information economy just blows my mind," said the former librarian.

Some librarians, like this one, either took early retirement or left, while others got transferred to other positions within the department.

Before she left, a variety of print journals, for which the DFO bought perpetual online access, went into dumpsters as part of a project that predated the closures. The librarian confirmed that DFO reports were digitized because the department owns the copyright on those reports.

But the vast amount of "grey literature" -- thousands of short reports, conference proceedings, theses and documents by academics and technicians with no commercial publisher -- didn't receive the same fate.

"If you don't own the copyright, you don't have the right to do that. I don't think there was any systematic attempt to digitize the grey literature," she said.

The timeline for closing and culling seven major libraries so they would fit into two surviving libraries seems ridiculous, she said. "Really, that's a big job, let alone figuring out how to do it.

"Given the nature of the timeline, there had to have been mistakes and quick decisions... a big part of my heart has gone into a dumpster."

She adds that Canadians should be concerned that their scientists, who look at the real impact of society on the environment, won't be doing as much science.

"Their work will become more complicated because they will be doing time-consuming library work," she said.

The dismantling of nearly two dozen specialized federal libraries in Parks Canada, Revenue Canada, Immigration Canada and Environment Canada -- just a partial list -- appears to be legal, according to the Directive on Recordkeeping and the Libraries and Archives Canada Act.

Libraries and other public records deemed to "no longer have operational value" may, at the discretion of the Librarian and Archivist of Canada, be disposed of by destruction, by transfer to Library and Archives Canada or by "alienation from the control of the Government of Canada."

Last year, a parliamentary query asked the DFO and other government departments about the reasons for library closures, what studies guided the closures and how the materials were going to be disposed of. The DFO replied that it did an internal 2011 study on costs with no file number. It added that "materials in excess of requirements will be identified for removal."