A federal document marked "secret" obtained by Postmedia News indicates the closure or destruction of more than half a dozen world famous science libraries has little if anything to do with digitizing books as claimed by the Harper government. 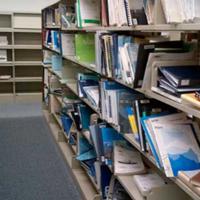 In fact, the document, a compendium of cuts to the Department of Fisheries and Oceans that can be read in its entirety at the bottom of this story, mentions only the "culling of materials" as the "main activities" involved as the science libraries are reduced from nine to two. Specifically, it details "culling materials in the closed libraries or shipping them to the two locations and culling materials in the two locations to make room for collections from closed libraries."

In contrast, a government website says the closures are all about digitizing the books and providing greater access to Canadians -- a claim federal and retired scientists interviewed by The Tyee say is not true.

An agency spokesperson did not answer a series of questions posed by The Tyee. Instead he referred The Tyee to the government website.

As reported by The Tyee earlier this month and again here, scientists are sounding alarms about libraries dismantled by the government, including Maurice-Lamontagne Institute, which housed 61,000 French language documents on Quebec's waterways, as well as the newly renovated $62-million library serving the historic St Andrews Biological Station (SABS) in St Andrews, New Brunswick. (Famed environmental scientist Rachel Carson corresponded with researchers at SABS for her groundbreaking book on toxins, Silent Spring. The station's contaminant research program has been axed by the Harper government.) Also shut down are the famous Freshwater Institute library in Winnipeg and one of the world's finest ocean collections at the Northwest Atlantic Fisheries Centre in St. John's, Newfoundland.

Scientists who use the libraries say priceless information -- essential for the legal and political security of Canada's waterways as well as the defence of the longest coastline in the world -- was thrown into dustbins, burned or scavenged by private consultants. In Winnipeg, a consultant's group operating for Manitoba Hydro backed up a truck to collect materials from the dismantled library.

An undetermined percentage of books were relocated to facilities in Sidney or Halifax. The federal government spokesperson would not tell The Tyee what percentage or how decisions about what to keep and what to lose were made.

A DFO scientist anonymously told The Tyee, "The cuts were carried out in great haste apparently in order to meet some unknown agenda. No records have been provided with regard to what material has been dumped or the value of this public property. No formal attempt was made to transfer material to libraries of existing academic institutions."

Scientists have variously condemned the dismantling of the one of the world's finest aquatic libraries as a natural tragedy, a series of criminal acts and information destruction unworthy of a democracy.

"The fact that many materials were thrown away or given away is heartbreaking to those of us who are dedicated to this field of research (marine science and fisheries) and the history of science in Canada," says Peter Wells, a prominent marine environmental scientist at Dalhousie University.

Wells, who is also an aquatic toxicologist, spent a career working as a public servant for Environment Canada (1974-2006) on a variety of environmental issues. "That we as a society are condoning information destruction and core library closures in Canada is unbelievable, and in my view, undemocratic and probably criminal," adds the scientist.

Library closures took place in such a chaotic fashion that individuals who had books out on loan from Winnipeg's Freshwater Institute library, for instance, were not even contacted or asked to return the books.

"I can confirm the Freshwater Institute library did not bother to retrieve any of the books I had out on loan -- I was never contacted to return them," emailed one prominent scientist, who asked to remain unnamed in this article for fear of federal government reprisals.

"Also, no attempt was made to ask what I wanted done with the books I had donated to the library, which I think should be normal library protocol. I think this behaviour indicates either the 'consolidation' effort was extremely short on staff, or that DFO didn't really care."

The federal document, part of the Deficit Reduction Action Plan (DRAP), confirms another argument made by scientists critical of the cuts: the savings they deliver will be tiny compared to the value of the materials lost.

In fact the closure of libraries containing vital material nearly 100 years old on the state of Canada's fisheries, freshwater ecosystems and oceans will save taxpayers just $443,000 a year, according to the document.

In one case the government closed the climate-controlled library at the St. Andrews Biological Station in New Brunswick just after the government spent millions modernizing the famous facility.

The collections contained millions of dollars worth of irreplaceable books, reports, diaries and statistics.

The document lists 26 "tracks" or changes within the Department of Fisheries being carried out to help reduce Canada's federal budget deficit. Very few of those tracks' descriptions make claims for bolstering or improving marine safety, contaminant research, protection of fish habitat or the efficacy of the Coast Guard.

Instead, the document details numerous actions which create reductions or total elimination of these environmental services.

The document explains that ending the capacity to do public research on freshwater and ocean pollutants such as bitumen spills "involves eliminating the in-house research program aimed at biological effects of contaminants, pesticide and oil and gas, and establishing a small advisory group to oversee the outsourcing of priority research needs."

The document reflects the Harper government's interest in gauging media and citizen awareness of its wide-ranging program of cutting environmental protections, changing related laws and eliminating federal jobs in various ridings. Among the "tracks" labeled "high profile" for the controversies they have generated are:

"Conservation and Protection Office Closures" -- 21 closures in all, including five in B.C.

"Closure of Kitsilano Lifeboat Station in Vancouver," about which the document notes "since the announcement of the closure there has been intense local media and public reaction against the decision (concerns regarding boater/swimmer safety)."

"Closure of the Experimental Lakes Research Facility" -- "This track has been the subject of intense media attention," notes the document.

"Outsourcing Research Capability of Contaminant Research" -- "Since the announcement, media focus has been on the capacity of the Department and its scientists to provide adequate and timely advice to the government on the potential effects of accidental spills of contaminants, especially oil, gas and diluted bitumen into the environment."

"Prioritization and Restructuring Habitat Management and Associated Ecosystems Management Activities" -- "This track has been the focus of much media attention -- concerns with this Government's commitment to protecting habitat areas."

Track number six, "Rationalization of Library Services," was not given the label of "High Profile."