One of Canada's top energy analysts has warned investors and geologists that "the shale revolution" will not meet conventional expectations as a so-called game-changer in energy production. 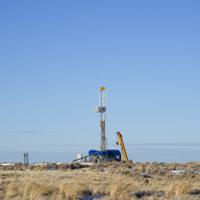 Speaking at the Denver meeting of the Geological Society of America and later at Queen's University and an energy conference in Toronto, David Hughes challenged the assumptions of industry cheerleaders by spelling out startling depletion rates for high-cost unconventional shale and tight oil wells.

"The shale revolution has been a game-changer in that it has temporarily reversed a terminal decline in supplies from conventional sources," said Hughes in both talks given in late October and early November. "Long-term sustainability is questionable and environmental impacts are a major concern."

The geoscientist, who now lives on Cortes Island, has studied energy resources in Canada for four decades, including 32 years with the Geological Survey of Canada as a coal and natural gas specialist.

After reviewing data from unconventional oil wells, Hughes found that these difficult and high-cost operations deplete so rapidly that between 47 to 61 per cent of oil from plays like the Bakken, the first major tight oil play developed, is recovered within the first four years.

Hughes noted that the Bakken and Texas' Eagle Ford plays, which currently produce two-thirds of U.S. tight oil and are supposed to take the country into energy independence territory, will actually peak in production by 2016 or 2017.

Incredibly, most tight oil wells, such as in North Dakota's booming oilfields, will become "stripper wells" (producing less than 10 barrels a day) and be ready for abandonment within 11 to 24 years.

Shale gas wells follow a similar decline profile. In Louisiana's Haynesville play and Pennsylvania's contentious Marcellus fields, producing wells decline by as much as 66 per cent after the first year.

More than 3,500 wells have been drilled in the Haynesville play, which in 2012 was the top-producing shale gas play in the U.S., yet production is falling owing to the 47 per cent yearly field decline rate. The current price of gas is not high enough to justify the 600-plus wells needed annually to offset the steep field decline (each well costs between $8 to $10 million).

"The shale revolution has provided a temporary respite from declining oil and gas production, but should not be viewed as a panacea for increasing energy consumption... rather it should be used as an opportunity to create the infrastructure needed for a lower energy throughput to maximize long-term energy security," warned Hughes.

"There has been a great deal of pushback by many in the general public, and in state and national governments, to environmental issues surrounding hydraulic fracturing," he said.

Quebec, Labrador and Newfoundland have declared moratoriums on the technology of high-volume horizontal hydraulic fracturing. In addition, Canada's largest private sector union representing a high percentage of energy works has called for a national moratorium.

Although the number of gas-producing wells in Western Canada has reached an all-time high of 230,000 wells, actual gas production has been in decline since 2006.

Hughes also noted that the quality of shale oil and gas plays varies greatly. A few are prolific because they have sweet spots, he said. These special zones are targeted first and lead to an early rise in production followed by a decline, often within five years or less.

Bad omens for BC

"In terms of B.C., the well depletion will be similar. All of the fields outside of the Horn River and Montney plays are in decline," Hughes told The Tyee in an interview.

"The province would have to nearly quadruple gas production just to satisfy the demands of five LNG terminals." As many as 12 terminals have been proposed for B.C. "It's a huge scaling problem."

The government of Premier Christy Clark has championed LNG development as the province's new economic miracle by subsidizing geoscience, roads and water for shale gas companies.

It has also lowered royalties. Income from shale gas peaked in the province in 2006 at more than $2 billion and has since fallen to less than $400 million, excluding government subsidies.

The Business Council of British Columbia whose executive council includes representatives from Encana and Kinder Morgan, supports accelerated LNG development on the grounds that global markets will likely not need the gas in the future: "Overall, there is sufficient evidence in the marketplace to suggest that, if the current LNG contract window closes before B.C. is able to secure final investment decisions, there would be potentially lengthy delays before B.C. and Western Canadian natural gas would have another LNG export opportunity."

A land-leasing frenzy follows discovery. Then comes a drilling boom, necessitated by lease requirements, which locates, targets and depletes the sweet spots. Gas production grows rapidly and is maintained "despite potentially uneconomic full cycle costs." (Production provides cash flow even though the well may not have been economic in its own right).

After five years, fields such as the Haynesville reach middle age. At that point geology takes over from technology, and it takes progressively more wells to offset field declines as drilling moves out of sweet spots to lower quality areas.

Due to depressed natural gas prices, the shale gas industry has written down billions of dollars worth of assets and refocused drilling on more lucrative liquid rich formations. Other companies have lobbied strongly for government subsidies for LNG exports.

Rex Tillerson, CEO of Exxon Mobil, a multi-billion dollar shale gas investor, exclaimed last year that the industry was making no money: "It's all in the red," he said.

Royal Dutch Shell has written down $2 billion in shale assets and even put its Texas Eagle Ford properties up for sale. Meanwhile, one of its senior executives has complained that the industry has "over fracked and over drilled."

Encana, one of the largest holders of shale gas real estate in B.C., has sold off many assets and laid off 20 per cent of its workforce due to poor investments in uneconomic shale gas plays.

The company pioneered the transformation of landscapes across the West, with industrial clusters of wells combining horizontal drilling with multistage hydraulic fracturing. The 10-year-old mining technique blasts large volumes of water, sand and toxic chemicals into dense rock formations up to two miles underground.

Hughes, head of Global Sustainability Research Inc., will be one of the experts addressing the Transatlantic Energy Forum in Washington, D.C. on Monday. The forum brings together energy and climate change experts from both sides of the Atlantic Ocean.