On Oct. 31, 2012, Mr. Justice Bruce Cohen issued his long-awaited report on the disastrous Fraser sockeye run of 2009. It runs to three extensive volumes, including a 70-page chapter with 75 carefully argued recommendations. 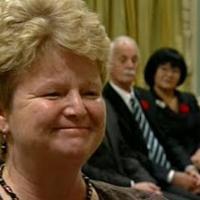 Betrayed by Our Fisheries Minister

British Columbian advocates for wild and farmed salmon had a lot riding on Cohen's findings. They had been feuding for years about the impact, if any, of Atlantic salmon farms on the wild Pacific fish -- especially the spread of diseases and parasitic sea lice from the farm pens to the migrating salmon on their way out to sea, and again on their return to spawn.

All sides expressed satisfaction with the report. Cohen had not found the farms responsible, but neither did he entirely approve of maintaining them on sockeye migration routes. He called for a moratorium on establishing new farms in the Discovery Islands, and said all farms in that region should be banned after 2020 unless the federal Department of Fisheries and Oceans (DFO) could prove a minimal risk of serious harm to wild sockeye.

In the past year the controversy has continued; but what's been done about the recommendations? The Tyee asked a number of stakeholders for their thoughts on the impact of the report.

"I have not discussed the report or its recommendations with policymakers, although myself and commission senior counsel, together or individually, have had an opportunity since the report was released to make presentations to some interested non-governmental groups which comprised of an overview of the content of the report and its recommendations," he added.

Others have been less reticent. On the website of the David Suzuki Foundation, Suzuki posted some thoughts on Oct. 24:

"With optimism that the federal government was taking the decline of wild salmon seriously, this independent and thorough review created a blueprint for action. What had become a contentious and polarizing issue had a direction forward.

"That clear direction, however, has been followed with near silence and little effort from the government. Although politicians say they're reviewing the report and taking actions 'consistent with the recommendations', the few steps they have taken, such as providing grants for research projects, miss the mark and don't address the significant issues and opportunities raised by Justice Cohen.

"A year has passed, the testimony is in, the evidence heard and $26 million spent. It's time for action to rebuild wild Pacific salmon runs, so this iconic fish can be shared and enjoyed for generations to come. The fate of wild salmon is too important to be left to languish in government offices. We can't go on setting up inquiries to review problems and then ignore their recommendations."

After the release of the report last year, the B.C. Salmon Farmer's Association issued a news release supporting Cohen's findings, and followed up in March 2013 with another one approving of the B.C. government's response to the report.

That response, according to a Ministry of Agriculture spokesperson, includes the government's March 2013 announcement that it would not issue any new tenure agreements for net-pen salmon farms in the Discovery Islands until Sept. 30, 2010.

In addition, the government is currently seeking public opinion for new legislation that will replace the Water Act, the spokesperson said. Cohen's report urged the province to "resolve differences" over interpretation of certain parts of the old Act.

"The B.C. government is committed to the socially and ecologically responsible management of B.C. fisheries, including an environmentally and economically sustainable aquaculture industry for the benefit of all British Columbians," the spokesperson said.

Responding to a Tyee inquiry by email, the Salmon Farmer's Association director Mary Ellen Walling said she was happy to support the government's decision to accept no further applications for farm sites in the Discovery Islands, which crowd the northern end of Georgia Strait and force migrating salmon into a few narrow channels before reaching the sea.

According to a recent news release from the association, salmon farmers are hosting a series of workshops to identify possible risks to wild salmon, and are monitoring water temperatures -- "the issue Commissioner Cohen deemed 'the elephant in the room' during the release of his report," it read.

Will Soltau, sustainable fisheries and salmon farming campaign manager for the Living Oceans Society, said that the federal Department of Fisheries and Oceans "has still not produced a concise response since the report was released, making it hard to judge the impact on management."

"I can point to only one recommendation that has been adopted in a timely manner -- the publication of an approved Integrated Salmon Fisheries Management Plan for 2013. To my knowledge, DFO has no implemented any other recommendations and they have missed all of the report's deadlines to date," he said.

DFO did not respond to a Tyee query by publication time. The last mention of Cohen on the department's website was a news release about Fisheries Minister Gail Shea tabling the report on Oct. 31, 2012.

'It just requires government to lead the way'

"Cohen pointed to a number of threats in his report and said he could not find a single smoking gun. In that sense he didn't change the debate over the fate of wild salmon," Living Oceans' Soltau said.

"He did, however, clearly identify a number of knowledge gaps needing to be addressed. The report is a template that should have significant impact on the fate of wild salmon. The template is there. Now, it just requires government to lead the way and take some action."

"Evidence presented during the Cohen Inquiry shows how these two salmon farms are in the path of the Cultus Lake sockeye salmon -- a Fraser River stock recommended for listing under the Species at Risk Act by COSEWIC. We reminded DFO about this evidence and yet they approved significant production increases, refusing to share with us the reasons for their decision. We were told to file an Access to Information request. We did and are still waiting for a response to our request."

Biologist Alexandra Morton called the Cohen Commission "a good long look behind the iron curtain of government protection of the salmon farming industry."

She quoted Cohen: "I therefore conclude that the potential harm posed to Fraser River sockeye from salmon farms is serious or irreversible."

Morton pointed out that 11 of Cohen's recommendations were intended to protect wild sockeye from the effects of salmon farms. She also mentioned a March 13, 2013 deadline Cohen had set for DFO to revise its criteria for siting new farms -- a deadline she said was ignored.

In Morton's interpretation, "Cohen is saying get the salmon farms out of the place the Fraser sockeye come into closest contact with Atlantic salmon -- unless DFO can prove the Atlantic salmon are having only minimal risk."

Discussing her own research into viruses affecting wild salmon and prey species like herring, Morton said: "Government has not reacted to the Cohen Commission, but I have, and with the support of British Columbians I am racing a viral epidemic that government has given the viruses the head start."

The Cohen Commission was sparked by the fate of one year's run of the Fraser River sockeye -- 2009. According to a Sept. 13 news release from the Pacific Salmon Commission, this year's run has not seen that run's descendants bounce back.

As a result, the sockeye fishery this fall has been limited to "ceremonial and subsistence" catches by First Nations; those fishing for pinks were told their efforts must include "non-retention of sockeye."

Given the continuing fragility of the Fraser sockeye, and the importance of the fish to the whole coastal ecosystem, many British Columbians are hoping for the federal government to act more decisively on Mr. Justice Cohen's recommendations well before his report's second anniversary arrives on Oct. 31, 2014.