In a café in Gaziantep, Turkey, a small group of Syrian activists meet to talk about the conflict in their homeland. 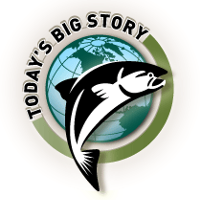 Trouble Among the Cedars

They follow the news obsessively, living and breathing it. The latest -- that Western nations are preparing for military strikes on the regime, following chemical weapons attacks in Damascus that killed more than 1,300 citizens -- is met with mixed feelings. Some are opposed to foreign intervention, some consider it a necessary evil at this point.

All believe that change -- lasting change -- is only possible when Syria tackles its internal strike with non-violent means.

'I don't want to be part of a killing machine'

This belief is what compels these activists to regularly cross the Turkey-Syrian border to visit rebel-held areas and preach a message of non-violence.

The activists are all members of the Syrian Non-Violence Movement, which helps organize programs and actions throughout the country.

One of them, Mutasem al Shamat, considered a career in the Syrian military as a boy growing up in Damascus.

But after his brother was conscripted, al Shamat learned what it was really like and changed his mind.

In order to avoid compulsory 18-month military service, al Shamat found work in human resources in Qatar, where he now lives. When peaceful protests started in Syria in March 2011, he started learning about non-violence from other activists. He became convinced that weapons are not needed to change the world.

During the revolution, he started working online from Qatar, connecting activists and managing their projects and fundraising.

"People who believe in violence, we cannot... make them thinking about the non-violence," he said, snapping his fingers.

Al Shamat said the regime "brutally attacked people" who demonstrated with sometimes not even a stone to protect themselves, "and what I know about the Syrian people is that, at the end, they shift to the violence."

While al Shamat doesn't expect most Syrians to put down their weapons until the regime falls, he and other non-violent activists are working to teach Syrians about alternatives.

"We need it for building the future for our children," he said.

The organization's vice president, Alaa Zaza, comes home to Syria as often as he can to educate people about how they can use non-violence to fight the regime.

For example, during their Dignity Strikes campaign Syrians picked activities that they could do without endangering themselves. Some Syrians protested by gathering in the same place and wearing a certain color. Others attempted to block a street. Some people went to their street corner and banged on a kitchen pot.

"The goal is changing society, changing the system of belief," he told The Tyee, "because we believe the change in Syria that is required is not just toppling the regime or replacing the regime with another dictator or another system that is going to violate human rights."

In some way, Zaza said all Syrians have a "share of responsibility for what's happening in Syria" -- but not as large as that of the regime.

"Our view of the situation is that the change should come from this society and cover as many people as possible," he continued. "Because, if they do not change, then there is a good chance that they will reform the same corrupt relations with a new regime, with a different name but the same behavior."

The tactics have caught on.

In areas held by al Qaeda-linked militant groups, Zaza said activists are using non-violent methods -- like refusing to sell goods to the militants -- instead of using weapons.

"There is now a culture, even though it's not that influential, a culture of nonviolence that did not exist before," Zaza said.

For example, Syrians are working as citizen journalists, they're blogging, they're organizing themselves in youth groups -- all activities that get them to work non-violently toward building their country.

The Syrian Non-Violence Movement put together a map showing a variety of non-violent activities within the Syrian uprising.

Doing his part, activist Oussama Chourbagi called stores in Damascus from his home in France and asked them to shutter their doors as part of a strike.  He said it'll take time for non-violence to catch on in Syria.

"I believe that our people will realize with time that weapons are part of the problem, not the solution. But they have to go through this experience and learn on their own," he told The Tyee.

Questions, with no answers

These activists say Syrians themselves have to tackle their country's internal strife. In the wake of the chemical attacks in Damascus, Zaza says he doesn't want foreign intervention.

"We don't trust that any change that comes from outside would be purely from the interest of Syrians," Zaza explained. "If we get NATO to remove Bashar al Assad, how is that going to change us? How is that going to changes whether the streets in front of our houses are green or not? It's not. Then NATO would bring another dictator that we would blame him for another 40 years on why our lives are going like that."

But these activists don't want indifference, either. Zaza said the people of the world are responsible for what's happening in Syria.

"They should add pressure on their governments to support the people of Syria," Zaza said. In particular, he said the UN should pressure Russia to stop supporting the regime.

As Western governments preparing military attacks on Syria, not all of the activists oppose this form of military intervention.

"I consider the strikes to be the best evil at this stage," said activist Bassam al Kuwatli, who works in Turkey for a humanitarian aid organization providing support to Syrians.

"It is not easy to call for other countries to attack your own country, but if this is the only way to stop the ongoing massacre against the Syrian people, then let it be."

Al Kuwatli said what matters most is the outcome.

"Will the regime be toppled? Will the West support a consolidation of power post Assad? Will we pushed toward a Syrian version of the Dayton agreement, where political representation gets divided among sects?" he asked, rhetorically, via email. "All are questions with no answers at this stage."