New research into Canada's housing crisis has yielded some disturbing conclusions, including findings that 200,000 Canadians experience homelessness every year, and three-quarters of that group is forced to stay in shelters at some point. 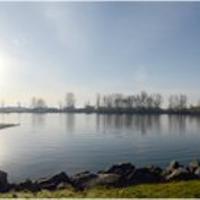 Researchers released their State of Homelessness in Canada 2013 report yesterday, billing it as the first comprehensive look at a growing problem on a national scale. The document also concludes that 380,600 Canadian households are in "severe housing need," and that on any given night there are 30,000 homeless across the country.

The crisis is particularly acute for aboriginal people, as well as gay, lesbian, bisexual and transgender youth, the report found.

"This is the first time we've ever delivered a comprehensive attempt to quantify homelessness in the country," said co-author Tim Richter, president & CEO of the Canadian Alliance to End Homelessness, which commissioned the study.

"The worrying thing is, the numbers may actually be a lot higher than we're estimating... You see eroding incomes for the poorest Canadians, and 10 per cent of households living in poverty. That's very worrying. Homelessness is a lot bigger than who shows up in the shelters and on the streets."

How Vancouver stacks up

Stephen Gaetz, director of York University's Canadian Homelessness Research Network, told The Tyee Solutions Society that Vancouver deserves credit for its "interesting and innovative" approaches to the housing crisis, including implementing a "Housing First" strategy, where some chronically homeless are provided with stable housing and support services in a more holistic way.

Vision Vancouver's promises to end street homelessness by 2015 also earned kudos from the report's co-author. But with many experiencing hidden homelessness, such as couch-surfing, as well as long-term emergency shelter use, the city still faces many challenges which do not end simply by getting people off the streets, he added.

"It's been very successful in reducing street homelessness -- not the entire problem, but at least it helps people sleeping outdoors," Gaetz said. "The approach in Vancouver is different than in other places; your housing solutions often involve housing people in single buildings, rather than a scattered approach.

"But Vancouver's affordability problems are the spanner in the works there."

According to The Economist magazine, Vancouver is the most unaffordable city in North America and one of the most expensive in the world. But homelessness, compounded by declining incomes, is "plaguing" cities across Canada. Gaetz argued that despite the high numbers reported in this year's State of Housing research, the number of people impacted by the crisis may be even greater than reported.

"What makes it even scarier is that we were being as cautious as possible," he said. "It doesn't help to overstate the problem. We were really looking at the bottom end; it's likely much higher.

"The building industry has shifted from building apartments to building condos. We've seen that across the country," he said. "The supply of low-cost rental housing has diminished at the same time that incomes have diminished. It's the perfect storm."

The study is the first report-card style overview of a growing problem in cities across the country, Gaetz said, adding that his organization and co-researchers at the Canadian Alliance to End Homelessness hope to issue a State of Homelessness every year.

The root causes of homelessness in Canada, such as structural factors and the federal government's axing of the national housing strategy 20 years ago, are "fairly well" understood, Gaetz said. But few attempts have been made to improve country-wide data, as this report claims.

"For a long time, we've relied on bumbling along in an ad hoc way," he said. "We need good numbers and program evaluations so we can understand their effectiveness. We need a consistent strategy across Canada. The U.S. does it every year, but across Canada there are different counts, different methodologies. We need better data."

One ongoing problem the report identifies is the increasing reliance on emergency shelters as a solution to homelessness. Those temporary services were never intended as a long-term fix to the problem, Gaetz said. In the end, shelters wind up costing significantly more in services such as health care, mental health and policing.

The York University researcher likened the homelessness crisis to a disaster such as the raging Okanagan forest fires which pushed 45,000 residents from their homes in 2003. But the difference, he said, is that few would tolerate a failure to solve the housing loss after 10 years, yet homelessness persists.

"We're not denying there will always be crises that push people out of their homes," he said. "The problem of homelessness is that we keep people mired in that problem year after year.

"Imagine going back to Kelowna today and there still being people living in hockey rinks. You'd think, 'Wow, we've done something wrong!' That's how I see homelessness. We're using the emergency shelter system, which was only designed for emergencies, and it's become permanent housing for people who are homeless. It's inhumane."

That's why one of the report's key recommendations is to expand the Housing First approach, which has been tested successfully in Vancouver, Gaetz said.

Such a strategy has proven successful, because when an at-risk person "touches the system" -- for instance, by accessing an emergency shelter, being released from hospital, or interacting with police -- the whole system responds, rather than having that person just move from shelter to shelter, he said.

"If you take most chronic, hardcore homeless person with complex issues, and give them housing and the supports they need -- there's an investment there -- then their health improves, as well as their engagement with the community. That's a strategy we know works... but it needs to be scaled up and accompanied by investment in expanding the affordable housing supply."

Richter agreed that the solution to homelessness will take greater investment from all levels of government, but explained his report's ultimate recommendation in surprisingly simple terms: "Housing cures homelessness," he quipped.

"At the end of the day, we're not going to get anywhere without significant new investment in market rental housing and social housing," he added. "There is a fairly serious housing crisis in our country. The economics show it doesn't make financial sense for our country to ignore that problem."