With just days to go before the provincial election, the NDP is warning about vote splitting, the kind of talk leader Adrian Dix once called disrespectful to voters. 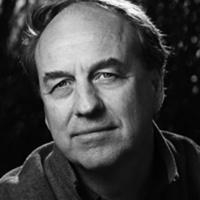 "The reality is that people know that if they want a change for the better in British Columbia, they have to vote NDP," Dix said Friday morning, responding to media questions about a BC Liberal ad in the Victoria Times Colonist praising Green Party leader Jane Sterk.

Sterk has said she hopes to win as many as four seats in the capital region. Candidates Andrew Weaver in Oak Bay-Gordon Head and Adam Olsen in Saanich North and the Islands in particular are considered to have strong chances. In both ridings NDP candidates lost narrowly to Liberals in 2009.

"People have a choice in this election," Dix said told reporters and supporters gathered at Mile 0 on the Victoria waterfront. "They have a choice between the BC NDP and change for the better, and the Liberal Party."

Sterk said limiting people's choices that way is disrespectful to voters. "It's a typical NDP stunt that happens about this time in every campaign," she said in a phone interview. "I think it is anti-democratic."

That's similar to what Dix said when Premier Christy Clark was complaining about the BC Conservatives splitting the "free enterprise" vote. "It's really disrespectful," he said at the time. "My advice to them is stop talking about vote splitting and do better."

Sterk said Dix's "fear mongering" is an acknowledgement people want real change. "I don't see a great deal of change in what the NDP is offering."

Rob Fleming, the NDP candidate in Victoria-Swan Lake, said the shrinking gap in recent polls should have voters thinking carefully. "Really I think the message here is if you want an NDP government you have to vote for a New Democrat and in the greater Victoria area that's what voters are coming to realize," he said.

"The outcome people want here is to wake up on May 15 with a New Democrat government by voting for the NDP on the 14th," he said. "I think the Greens have had a free pass in this election. The fact is they have 400 unfunded promises and they haven't even bothered telling British Columbians how they'd pay for the things they say they would do. The more people look into the Green Party, the better for the NDP."

Sterk, for her part, said, "Their platform isn't costed out either," and criticized the lack of detail on the NDP's revenue projections.

The NDP's candidate in Oak Bay-Gordon Head, Jessica Van der Veen acknowledged she's in a "very tight" race. "I do believe if we stick together we can win, and I can be a strong voice inside government for the people of Oak Bay-Gordon Head," she said.

"I would call myself an independent voice," she said. "In fact I've got a reputation in the party for being outspoken on behalf of the citizens of Oak Bay-Gordon Head and that's not going to stop should I be fortunate enough to be elected."

Van der Veen's recent campaign materials have included similar messaging. "This time let's stick together to change the government," says a flyer delivered to residences. "Jessica and the NDP came within 561 votes of winning the last election. This time we can do it."

An Andrew Weaver card distributed in the riding says, "It's time parties stop telling you not to 'split the vote' and instead started earning it."

The ad promoting Sterk is the latest in a BC Liberal campaign that has featured "nasty and personal" advertising aimed at Dix and the NDP rather than talking about the government's record, said Dix. "You'd think after 12 years they'd have something else they'd want to run on."

Sterk said she didn't know ahead of time that the BC Liberals would praise her in their ad. "It was an interesting decision," she said. "We had no clue. It was a complete shock. For the life of me I can't figure out their strategy."

The ad is an indication the Liberals must believe the Green vote is strong, she said. "It seemed an odd political strategy," she said. "I'm not in a traditional party, so I don't know the kind of thinking that goes into [their] decision making."