Governments and financial analysts who think unconventional fossil fuels such as bitumen, shale gas and shale oil can usher in an era of prosperity and energy plenty are dangerously deluded, concludes a groundbreaking report by one of Canada's top energy analysts. 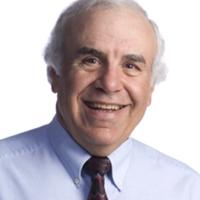 In a meticulous 181 page study for the Post Carbon Institute, geologist David Hughes concludes that the U.S. "is highly unlikely to achieve energy independence unless energy consumption declines substantially."

Exuberant projections by the media and energy pundits that claim that hydraulic fracturing and horizontal drilling "can provide endless growth heralding a new era of 'energy independence,' in which the U.S. will become a substantial net exporter of energy, are entirely unwarranted based on the fundamentals," adds Hughes in a companion article for the science journal Nature.

Moreover it is unlikely that difficult and challenging hydrocarbons such as shale oil can even replace the rate of depletion for conventional light oil and natural gas.

Since 1990, says Hughes, the number of operating wells in the U.S. has increased by 90 per cent while the average productivity of those wells has declined by 38 per cent.

The latest panaceas championed by industry and media talking heads are too expensive and will deplete too rapidly to provide either energy security or independence for the United States, concludes the 62-year-old geologist who worked for Natural Resources Canada for 32 years as a coal and gas specialist.

To Hughes shale gas and shale oil represent a temporary bubble in production that will soon burst due to rapid depletion rates that have only recently been tallied.

Taken together shale gas and shale oil wells "will require about 8,600 wells per year at a cost of over $48 billion to offset declines."

"The idea that the United States might be exporting 12 per cent of its natural gas from shale is just a pipe dream," Hughes, a resident of Cortes Island in British Columbia, told The Tyee.

Unconventional fossil fuels all share a host of cruel and limiting traits says Hughes. They offer dramatically fewer energy returns; they consume extreme and endless flows of capital; they provide difficult or volatile rates of supply overtime and have "large environmental impacts in their extraction."

Most important, bitumen, shale oil and shale gas, by definition, are much lower quality hydrocarbons and therefore can't fund business as usual. They simply do not provide the same energy returns or the same amount of work as conventional hydrocarbons due to the energy needed to extract or upgrade them, says Hughes.

At the turn of the century it took just one barrel of oil to find and produce 100 more. Now the returns are down to 20. The mining portion of the tar sands offers returns of five to one while the steam plant operations barely manage returns of three to one, says Hughes. "And that's an extremely conservative estimate."

"Moving to progressively lower quality energy resources diverts more and more resources to the act of acquisition as opposed to doing useful work."

A society that progressively spends more and more capital on acquiring energy that does less and less work will either exhaust the global economy or cannibalize national ones as consumers redirect larger portions of their household budgets to energy costs, says Hughes.

"To view them (unconventional hydrocarbons) as 'game changers' capable of indefinitely increasing supply of low cost energy which has underpinned the economic growth of the past century is a mistake."

The exploitation of shale oil and gas (and Hughes reviewed the data for 60,000 wells for the report) may have temporarily reversed declines in conventional resources but they show dramatic limitations often excluded from the mainstream press.

Drilling into a mirage

Companies such as Encana claimed in 2006 that they had turned natural gas drilling into a bountiful factory process with so-called "resource plays."

After drilling a landscape and pulverizing deep formations with high volume hydraulic fracturing the company claimed it could produce predictable and reliable volumes of hydrocarbons across the landscape.

"But geology matters," says Hughes. In every shale play there are sweet spots and unproductive areas and marginal ones. In fact 88 per cent of all shale gas production flows from six of 20 active plays in the United States while 81 per cent of shale oil comes from two of 21 plays.

Moreover shale gas and oil fields deplete so quickly that they resemble financial treadmills. In order to maintain constant flows from a play industry must replace 30 to 50 per cent of declining production with more wells.

Recovery rates from shale fields are also dismal. Conventional drilling, which uses less energy, often captured up to 70 per cent of the gas in the ground. But shale gas barely averages 10 per cent despite deploying more horsepower and water over greater landscapes.

Nor is shale gas long-lasting. Industry promised that shale gas plays would produce for up to 40 years but the Haynesville, a top U.S. producer, reached maturity in five years and is already in a state of decline, reports Hughes. "Nobody had heard about Haynesville until 2009."

"That's the Achilles heel of shale gas. You need a lot of wells and environmental collateral damage and infrastructure to grow supply."

Implications for BC and Alberta

The government of B.C. now plans to export shale gas while the province of Alberta anticipates dramatic declines in conventional gas production of more than 30 per cent.

Hughes calls exporting B.C. gas to Asia "a really bad idea" and adds that B.C.'s embrace of shale gas production has been "a shining star of hype."

Hughes' analysis confirms and supports the work of Texas oil analyst and geologist Arthur Berman who has questioned the growth rate claims of the shale gas industry for years and has offered the most reliable forecasts for the industry to date.

Projections of four or five million barrels a day by 2035 made by a variety of industry cheer leaders will likely not be realized due to "logistical restraints on infrastructure development and the fact that the highest quality, most economically viable portions of the resource are being extracted first," says Hughes.

"It has taken 40 years to grow tar sands production to 1.6 mbd, yet forecasts call for a nearly tripling of production over the next 18 years," says Hughes.

But industry has already "high graded" or dug up the highest quality bitumen deposits first. Most of the active development is now taking place in shallow open pit mines while the bulk of the resource (and the lowest quality) lies so deep underground that it requires large amounts of water and natural gas to extract.

Adds Hughes: "The economics of much of the vast purported remaining extractable resource are increasingly questionable and the net energy available from them will diminish toward the break even point long before they are completely extracted."

'Don't give a damn what pundits think'

In conclusion Hughes warns that societies that switch to high-cost fuels that deliver diminishing returns in terms of energy output without analyzing some cold hard energy realities will experience economic contraction, and price shocks and be held hostage by industry propaganda.

"I live on a pension and don't give a damn what pundits think. My report is based on fact not hyperbole. My friends in the industry, who don't want to be mentioned, will agree with my findings."

According to Hughes, the exploitation of shale oil and gas and bitumen marks a dramatic turning point for both financial and energy markets and thereby challenge all economic growth projections.

Although shale oil, shale gas and bitumen may be abundant they are not cheap or environmentally-friendly.

"The lack of abundant cheap energy, which allowed the rapid growth in supply of natural resources inputs and the exploitation of arable land and water over the past century, is likely to be a steep change unlike anything observed thus far in the evolution of industrial society."

The Post Carbon Institute is a California-based think tank that advocates for resilience in the face of what it calls "business unusual."