In a stunning move the Harper government has thrown another hurdle before a high profile Alberta lawsuit that seeks to put the regulation of hydraulic fracturing on public trial. 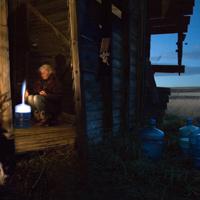 Last week the Department of Justice appointed Honourable Barbara L. Veldhuis, a Court of Queen's Bench judge presiding over the landmark case, to the Court of Appeal of Alberta. The promotion effectively removes Veldhuis from the multi-million dollar lawsuit.

Moreover, Veldhuis was about to rule on whether or not Alberta's energy regulator could be sued by a landowner for failing to uphold provincial rules, protect groundwater and respect the constitutional rights of Canadians.

The Harper government's appointment now means another judge will have to be appointed to hear the case, which has attracted global attention including the United States, Australia, Poland and Ireland.

'Another attempt to delay and exhaust': Ernst

Both industry and government have repeatedly tried to bog down the lawsuit with a variety of tactics including the withholding of freedom of information requests as well as an order to draft and submit a shorter statement of claim.

Veldhuis' abrupt departure could mean considerable added delay as well as additional costs of tens of thousands of dollars for landowner Jessica Ernst. The oil patch consultant has been waging her battle since 2005.

"This reappointment is not justice but another attempt to delay and exhaust the plaintiff," Ernst told The Tyee. "But I will not be dissuaded. Most people would give up now. But I'm defending truth and the future of water in this province and I will not quit."

"I've been bullied. My constitutional rights have been violated. The regulator even banished me. I've had the RCMP on my doorstep. But I won't be intimidated by the abuse of power," says Ernst.

Members of industry have verbally harassed and threatened Ernst. Someone threw one of her dogs under a train.

The practice of hydraulic fracturing, the injection of large volumes of water and chemicals into hydrocarbon bearing formations miles underground, has been the subject of global controversies due to lax groundwater protection, inadequate science and captive regulators.

Quebec has placed a moratorium on the practice while rural communities in South Africa and Australia have locked their gates to shale gas fracking operations to defend groundwater and livestock.

What Ernst lawsuit is about

The $33-million lawsuit alleges that Encana, one of Canada's largest natural gas producers, drilled and fracked shallow coal bed methane wells directly in the local groundwater supply between 2001 and 2004 near Rosebud, Alberta and thereby polluted Ernst's water well with enough toxic chemicals and methane to make it flammable.

In addition the claim details how Alberta's energy regulators, the Energy Resources Conservation Board and Alberta Environment "failed to follow the investigation and enforcement processes that they had established and publicized" despite direct evidence of industry-caused pollution and public admissions that shallow fracturing puts groundwater at risk.

Just last month Justice Veldhuis presided over a hearing of the landmark lawsuit in a Calgary court room where more than 80 citizens including a dozen from Rosebud, Alberta showed up to support Ernst.

Ernst, however, did not attend. She showed up at the Drumheller courthouse where, by law, her case would ordinarily be heard.

However, lawyers for government and EnCana successfully argued to move the case to Calgary where fewer people are directly affected by oil and gas drilling.

During last month's hearing lawyers representing Alberta's ERCB argued that the regulator can't be sued and that it owed "no duty of care" to landowners or groundwater, a public resource.

Ernst lawyer Murray Klippenstein replied that regulators do owe a duty of care to public resources like groundwater because contamination travels and impacts other citizens. Moreover a regulator cannot enact laws or make decisions that violate the basic constitutional rights of citizens especially when they ask the regulators to uphold the law in the public interest.

To date Encana, the Alberta government and ERCB have not yet filed statements of defence on incidents that took place nine years ago. At the time industry drilled and fracked thousands of shallow wells in a coal formation in central Alberta resulting in scores of groundwater complaints, protests and public meetings.

Fracking coal bed seams was so experimental at the time that even industry workers referred to the practice as "Hail Mary Fracks."

According to Canada's Auditor General more than 200,000 wells have been hydraulically fractured in western Canada since the 1950s. Another 7500 high volume, and multi-stage fracking operations, some of the largest in the world, have taken place in British Columbia since 2005.

Yet neither Environment Canada nor Health Canada have a full understanding "of the substances contained in hydraulic fracturing fluid and the risks associated with the hydraulic fracturing process." Proper risk assessments have not been done on many fracking chemicals.

Recent scientific studies have conclusively found that multi-stage, high volume hydraulic fracturing can cause earthquakes, compromise wellbores, penetrate other oil and gas wells and contaminate both shallow and deep groundwater especially in landscapes that have previously witnessed high volumes of conventional drilling.

In addition methane leakage from intensively fracked gas fields can be as high as nine per cent -- a fact that makes shale gas operations a greater climate threat than coal analysts have calculated.

Encana's former CEO, Gwyn Morgan, has raised money for the federal Conservatives in the past and once advised the government of Stephen Harper. The retired executive now advises BC Liberal Leader Christy Clark.

A note on Encana's website says the company "has always firmly believed that Ms. Ernst's claims are not supported by the facts and her lawsuit is without merit."