Marta Maurás has heard a lot about Canada's children in the past year. As vice president of the United Nations Committee on the Rights of the Child, she has both read and commissioned reports regarding the care, education, and services for available for Canadian youth. 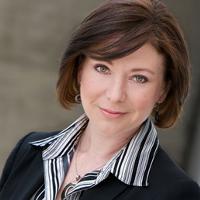 But she didn't get to witness them for herself until she spent four days in Canada this past week, reiterating recommendations on children's rights her committee made to Canada earlier this fall.

"The visit had the intention of trying to engage in a conversation with many different parties at the federal and provincial level, government and NGOs and community representatives and children so as to try to understand better the recommendations the committee had to Canada," Maurás said in a phone interview with The Tyee.

Maurás came to Canada on invitation from the Canadian Council of Child and Youth Advocates (CCCYA). CCCYA President Mary Ellen Turpel LaFond, who also serves as B.C.'s Representative for Children and Youth, is pleased Maurás got to speak with marginalized Aboriginal, refugee and immigrant youth directly.

"We weren't able to show her everything, but I feel very strongly that she got enough of an understanding of what are our challenges in Canada to support vulnerable children," she said.

But Maurás' visit didn't seem to have a strong impact on the country's federal politicians who on Wednesday, while Maurás was in Canada, voted against creating a national children's commissioner, a key recommendation for Canada from the UN Committee on the Rights of Children.

While the timing was coincidence, children's advocates believe politicians and governments still don't recognize the importance of adhering to the UN Convention on the Rights of the Child, which Canada ratified in 1991, and Heritage Canada's website claims "Canada played an instrumental role in drafting and promoting."

"There's a bit of a myth in Canada that we do well in Canada, and children's rights is about children in other places in the world where children do much worse," said Kathy Vandergrift, chairperson of the Canadian Coalition on the Rights of the Child (CCRC).

"In fact children's rights are about children everywhere, and there are children in Canada who are falling through the cracks, and that's our primary responsibility."

In October the UN's Committee on the Rights of the Child released recommendations on Canada's adherence to the convention, its first report since 2003.

Many recommendations were unchanged from those made in 2003, including adopting a national plan outlining the framework for the implementation of the convention on the federal, provincial, and territorial level; establishing a coordinating body to connect work on the convention happening at all levels of government; and creating a national data collection system for information about children's well-being, including those in government care.

Maurás says a lack of coordination between different levels of governments and departments within government is not a problem unique to Canada, but one we have the resources to address.

"Canada should be able to put together a framework that would then allow to move ahead and identify the big disparities in services and in funding that occur, for example, that clearly affect the welfare services, the education services, the health services in First Nations and affecting Aboriginal people," she said.

Canada released its own report in 2009 on our progress since 2003 regarding the rights of children. But while Maurás acknowledges there are good programs for Canadian children, the lack of national data on the children's well-being is a concern.

"The committee was surprised despite the fact that we know that many good things are happening for children in Canada, there was not enough analysis and enough evidence to show some of the progress and at the same time admit some of the shortcomings in the situation of children," she said.

In a press release issued by the CCCYA yesterday, Maurás repeated other recommendations from her committee, including free childcare and pre-school and more attention paid to children's mental health.

"In this country, the coverage of care from zero to three (years old) and thereafter in preschool is not that big," she told The Tyee.

"It should be much larger given the levels of development of Canada, and we know again from research that most of the obstacles have to do with the fact that families have difficulties in ensuring that care is provided, and therefore public investment, state investment in childcare is a very smart thing to do."

The Tyee contacted Human Resources and Skills Development Canada regarding childcare, but was eventually redirected us to Justice Canada, whose media office was closed for the day.

The Tyee also contacted Health Canada, and received an email from a communications representative stating the government continues to review the committee's recommendations.

"Promoting and protecting the rights of our children is a collective effort: the Government of Canada works directly with provincial and territorial governments, Aboriginal communities, NGOs and various other groups to continue to meet our obligations under the UN Convention on the Rights of the Child," the statement reads.

"Government is also committed to promoting the health of Canadians, including mental health -- an important step in reducing illness, disability, and injury, and helping Canadians live healthy lives. Mental health is a complex issue and requires the engagement of all levels of government, stakeholders and the private sector."

Vandergrift says Maurás' visit wasn't so much about re-announcing the recommendations, but to emphasize the importance of adopting them.

"I think her visit underscores the importance of Canada responding to the recommendations. There is a concern about follow-up," she said.

It's a concern Vandergrift shares. She says Canada was asked to respond to the committee's 2003 recommendations by 2009, but although they were reminded of this obligation in 2007, they still filed their report nine months past deadline.

Wednesday's parliamentary defeat of Bill C-420 to create a national Office of the Commissioner for Children and Young Persons is yet another sign of Canada's lack of commitment to the convention.

"I think it's important to build more all-party support on the reasons why we need a national commissioner, to promote children's rights, to coordinate with the provinces where there are gaps," she said.

No money for universal childcare: BC government

"I would have personally, as representative (for children and youth), very much have liked her to come to B.C. and see both the rural and urban contexts for children and to see that in a province that has some of the highest wealth, we have the second worst child poverty," she said.

Some of Maurás' recommendations affect provincial governments, as well, particularly early childhood education. In response to her comments on free early childhood education and pre-school, a communications representative from B.C.'s Ministry of Children and Family Development told The Tyee via email the UN Convention is one "guiding principle" they reference in their work.

"We recognize the challenges that B.C. families face in finding and accessing quality and affordable child care. That's why our government invested $365 million over three years for full-day Kindergarten for five year olds, at no cost to parents. This is improving early learning while reducing child-care pressure on families," reads the statement, adding government has increased funding for childcare over 40 per cent to $296 million since 2000/01.

Create a plan in one year: Vandergrift

The Canadian Coalition on the Rights of the Child wrote a letter to Prime Minister Stephen Harper, as well as the Departments of Justice and Health, last month asking government to address the gaps in Canada's commitment to the convention and the services currently available for children in Canada.

The letter asks the prime minister to spend a year developing a plan to address the committee's concerns, and attached a coalition document with 10 steps for addressing Canadian children's needs. They asked for the plan to be announced publicly by Nov. 20, 2013, National Child Day in Canada.

Vandergrift says an answer from Prime Minister Harper came in the mail on Thursday.

"I received a response yesterday saying its been referred to the minister for Human Resources and Development," she told The Tyee, adding the prime minister did not indicate he was mandating the minister to create a plan.