It's a paradox well known to residents of the Lower Mainland: Vancouver is repeatedly awarded the title of most livable city in the entire world, yet many of its residents are just scraping by. According to BC Stats, in 2005 more than one in five Vancouverites lived under the low-income cut-off line after tax, too poor to cover basic needs like food, clothing, transportation, and shelter in one of the most expensive cities in Canada. 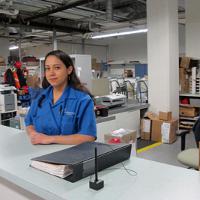 A Living for All: Ideas to End Poverty

But less than two per cent of the city's population is on income assistance, meaning most people living under the poverty line are "working poor." Demographically speaking, working poor in Vancouver are typically immigrants and women with children, unaware of their labour rights or the advocacy work on their behalf.

Citing statistics about the working poor is easy. But the Living Wage Campaign for Families actually spoke to people living behind the label. Through the Listening Circles project, the wage equity organization recruited 15 men and women in the Mount Pleasant area to come to weekly meetings to discuss their experience working for a low wage while raising a family.

Supporting low-wage workers isn't just about raising wages; it's about making cities truly livable for all residents, no matter their incomes. The Living Wage Campaign for Families is taking that message public this week with two events, a photography exhibition featuring images inspired by the Listening Circle, and a forum on making cities livable for people regardless of their income levels.

For Michael McCarthy-Flynn, campaign organizer, these events are about familiarizing residents from the Lower Mainland with the substantial number of families who are struggling to get by: "Ironically this is the reality for some of the families who are providing the (low-wage) services that make our city livable."

The biggest coup for living wage advocates in B.C. is arguably the conversion of the City of New Westminster into Canada's first living wage municipality in 2011. It's closely followed by Vancity Credit Union's conversion later that same year, making it the largest company in the country to adopt a living wage.

A slow but steady stream of smaller businesses and government employers, like School District 69 (Parksville/Qualicum), continue to make the switch to equitable wages, but it's hard to keep the issue on the public's radar with tiny victories.

Instead the Living Wage Campaign tried a different tactic through the Listening Circles project. Funded by the Catherine Donnelly Foundation, McCarthy-Flynn and the Living Wage Campaign worked with the Mount Pleasant Neighbourhood House to recruit members of the community whom have either recently worked for low wages or still are to discuss the difficulties they face.

McCarthy-Flynn says it was difficult at first to get the participants, mostly immigrant women with children, to agree to open up about their private affairs in front of strangers.

"This is often the first time they really thought about this. They are in quite difficult situations, which are often quite hopeless, and to talk about them can be quite traumatic because our society views being able to look after yourself as a key moral good, whereas these people are in situations where they can't earn enough," he says.

But after eight weeks of meeting together to discuss their issues, their rights as workers, and how to get the story of their struggles out to the wider public, hope emerged. Together the participants decided to help the Living Wage Campaign put together a public art exhibition and forum on the struggles faced by living wage workers.

"A big thing that we're trying to achieve with this is (to convey) a sense of hopelessness and a sense of despair that people have in low-wage jobs: 'I'll never get out of this, this is my situation for the rest of my life,'" says McCarthy-Flynn. "(But) even just giving people (a) voice is giving them a sense of hope."

McCarthy-Flynn hopes these events will show members of the public, as well as civic leaders, that you don't have to be a business owner in order to support a living wage.

"Living Cities: Reducing Child Poverty, Photography and Social Change," a photography exhibit running Sept. 12 to 17 at The Roundhouse in downtown Vancouver, will feature photography by artist Anne Marie Slater. Slater worked with participants of The Listening Circle to interpret struggles they face as low-income earners through the medium of photography.

"One image that came up for people was not having food in their house and how to deal with children who are hungry," says McCarthy-Flynn. "(It's) looking at having an empty fridge in your house, and how you can be in a city that's supposedly one of the most livable cities in the world where some people don't earn enough to eat."

Although the show starts Sept. 12, an opening gala for the event will be held at The Roundhouse on Sept. 13 with guest moderator Kathryn Gretsinger, an award-winning CBC journalist. Gretsinger, who has reported extensively on poverty and families in the region, says the event is important to her because it gives voice to the powerless.

"I hope (people) think about what these stories and what this art is trying to make us think about the way that the world works, and ask questions about what a living wage is. It's not just a poster on a campaign, it actually means something, and if we could do a tiny bit to get people thinking about that, that would be amazing."

Both events are open to members of the public (although you need to register ahead of time) and McCarthy-Flynn hopes The Children and Livable Cities Forum on Friday will attract city workers from across the Lower Mainland, community organizations that represent low-wage workers, and people interested in using art as a form of activism.

For city workers in particular, McCarthy-Flynn points out cost and livability issues aren't limited to Vancouver alone. The Greater Vancouver Regional District had a low-income population of 16.5 per cent in 2005, with only 1.6 per cent on the welfare rolls last year.

"For us to develop truly livable cities, we need to take into account families who live on low wages for whom our cities aren't really livable, and we need to move beyond the built environment, things that we look at in terms of having a livable city, whether its playgrounds, transit, etc.," he says.

"(We need) to look at the social reality for a large amount of our cities, which isn't livable no matter how much density we build."

McCarthy-Flynn hopes that everyone comes away from these events asking what they can do to make the Lower Mainland truly livable for all its residents. Large employers like the City of Vancouver won't change because the Living Wage for Families says they should, he says.

"They will change if a lot of people are asking for this, and we're trying to give people the tools and ammunition to get into a persuasive dialogue and generate community support for what we're asking, which is for large employers to take on living wage jobs for families in Vancouver."

Living Cities: Reducing Child Poverty, Photography and Social Change exhibition runs from Sept. 12 to 17, with an official opening launch gala on Sept. 13 at 7 p.m. The Children and Livable Cities Forum is on Sept. 14 from 10 a.m. to 3 p.m. Both events will take place at The Exhibition Hall, Roundhouse Community Centre, 181 Roundhouse Mews in Vancouver and are open to the public, but you must reserve your seat beforehand by emailing info@livingwageforfamilies.ca