A major forest sector union is coming out against proposals from the British Columbia government that could see protected areas opened to logging. 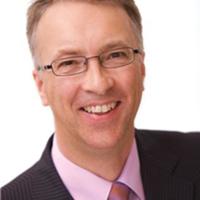 "It's just short term gain for probably long term pain," said Arnold Bercov, the forest resource officer for the Pulp, Paper and Woodworkers of Canada, which represents some 2,000 workers in the sector in the province. "As I tell the guys, [if we] cut them all down tomorrow we're screwed and we don't cut any down."

The B.C. Legislature has a committee touring Interior communities this week asking the public where timber supply should come from as cut levels are reduced in the wake of the mountain pine beetle epidemic.

A cabinet document leaked in April outlined several possibilities, including logging at an unsustainable rate, cutting down more old growth and wildlife habitat, and allowing cabinet to make decisions instead of the chief forester. Premier Christy Clark confirmed at the time the document reflected the discussion cabinet was having and that the B.C. public needed to have.

Bob Matters, the chair of the wood council for the United Steelworkers Union, which represents the most forest sector workers in the province, in April told The Tyee that his union generally supported the government's direction.

USW members include those who worked at the Babine Forest Products sawmill in Burns Lake before it burned after a January explosion. The difficulty finding a timber supply for Hampton Affiliates Ltd. to justify rebuilding the mill led to the production of the cabinet document and the appointment of the legislature's committee.

No jobs without trees

"I'm not trashing any other union," said the PPWC's Bercov. "They can come to whatever conclusion they want."

He said he's sympathetic to the Steelworkers, to people who are out of work and to the mill owners. "Nobody's going to rebuild the mill unless they have fibre supply."

At 62 years old, Bercov has worked in the industry since he was a teenager. When he started, he said, he didn't think about where the trees came from and didn't care, but over time that changed. "I think, where does it end?"

For six years, some of it as co-chair, Bercov was on the board of the Forest Stewardship Council of Canada, the certification and labelling organization that promotes responsible forest management. Through that experience he saw the value of hearing and respecting the perspectives of environmentalists, First Nations, the industry and others, he said.

And today he and the PPWC made a joint a statement with the conservationist group Ancient Forest Alliance on the proposal to log protected areas. Bercov, by the way, said he respects AFA executive director Ken Wu and "I value what he tells me."

Wu is of course against logging in protected areas, which he compares to burning your house for firewood.

"This is precedent-setting," he said, noting the industry in other parts of the province says it faces timber shortages. "There's no way we're going to let them do that."

The legislative committee will hear from stakeholders in Vancouver for three days, but Wu said the committee should add opportunities for the public also to voice their concerns in Victoria and Vancouver.

There are various reasons the forest industry is facing reduced cuts, he said. They include the expansion of the mountain pine beetle from years of forest fire suppression and climate change and from the industry's over cutting, he said.

Wu said conservationists are watching the positions the province's political parties take on logging protected areas and are prepared to make it an election issue.

The province needs to look at ways to get more value from the trees the industry cuts, he said. That means reducing log exports and getting the highest value possible out of each log. It also means more intensive tree planting and silviculture, he said.

And it means managing the reduction in timber in the interior and other areas, rather than desperately seeking more, he said. "Cutting down reserves and angering people isn't a solution. It's short term."

It's entirely possible to protect the forest, look after the needs of wildlife and still have enough timber supply to provide jobs, he said. "Balance always works best."