Premier Christy Clark's instincts told her a letter to the federal government about how a trade deal with Europe might affect what the province pays for drugs should be made public. But now the government she heads has decided to keep that letter secret. 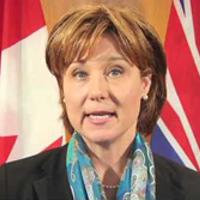 "All Premiers, all governments, have sent a letter to Canada expressing our concerns about that," Clark said on May 31 during debate of her office's budget, responding to a question from NDP Leader Adrian Dix about what impact the Comprehensive Economic and Trade Agreement might have on health care costs.

The stakes for the agreement are high, so what Clark and other provincial leaders are willing to accept matters.

Negotiators for the European Union are reportedly seeking to extend patents on brand-name drugs by as much as five years. If the federal government agrees to that and other EU proposals related to pharmaceuticals, according to a report the Canadian Generic Pharmaceutical Association commissioned, it would add an estimated $2.8 billion a year to provincial government's health care costs.

For B.C., the agreement would add costs of around $250 million a year to the health care system, said Dix. Even if the federal government agrees to pick up that added cost, as Clark has said she and other premiers want, it's money that could be better spent to improve the system, he said.

Nearly three weeks after Clark said she believed her letter could be shared with the opposition, Dix said he's yet to receive a copy. "I haven't heard anything back from them," he said in a June 18 interview.

In the days following the budget debate, The Tyee also asked a Premier's Office official for a copy of the letter.

It was Health Minister Michael de Jong, not the premier, who had signed and sent the letter to International Trade Minister Ed Fast, so inquiries should be directed to the health ministry, she said.

An official with health told The Tyee by email that the letter could not be released. "The discussions around the Comprehensive Trade and Economic Agreement are confidential, and we have signed a confidentiality agreement with the federal government," it said.

"It would not be appropriate for the ministry to talk about the state of the negotiations in detail or to release the letter you've requested at this time, as it could negatively affect the current negotiations and our provincial strategies as well as be harmful to our intergovernmental relationship with the Government of Canada, other provinces, and our European trade partners," it said.

Going back on the commitment would "jeopardize our chances" of being invited to discussions of future trade agreements, it said.

Though the letter has to be kept confidential, provincial negotiators are fighting to keep drug prices from rising, he said. "The province has a very strong position on pharmaceutical drugs in regards to negotiations, and we don't want to see any increased costs as a result of the agreement," it said. "As the premier confirmed during estimates, the letter reflects this view."

With the provincial government's secrecy it is difficult to know what B.C. is telling the federal government or saying at the negotiating table, Dix said.

"To be opaque is not a positive performance indicator for the province," he said. "You have these issues that have huge implications for health care and other areas and you have no idea what's the position of the province."

Canada and the EU announced the start of negotiations on the CETA in 2009, with the provinces to be at the table since many of the areas up for discussion directly affect their interests.

Clark had previously said the provincial government would consult the B.C. public on the deal, but backtracked on that commitment at the end of May.

A year ago debating Dix she said, "There will be many avenues for the public's input." And as recently as Oct. 2011, Jobs, Tourism and Innovation Minister Pat Bell told The Tyee, "I'm anticipating we will still do that, it's just unclear what we're consulting on at this point."

But when Dix asked on May 31 this year about public consultation on CETA, Clark said flatly, "No, we don't intend to do that."