"We may be facing a hidden epidemic here." 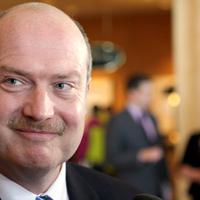 That is how Dr. Corinne Hohl, emergency department physician at Vancouver General Hospital, describes the findings of her ongoing study with colleagues indicating that when patients visit Canadian emergency departments with bad reactions to medications, the cause is missed nearly half the time by doctors who first interview them.

Hohl's team is investigating adverse reactions to legally available drugs, including pharmaceuticals, over the counter medications and herbal remedies.

A Swiss-born doctor who holds an MD from McGill and an undergraduate degree earned in the U.S., Hohl has worked in the high-stress, high-stakes environment of the emergency department (ED) at VGH since 2004. The hospital is a 955-bed big city tertiary care and teaching facility that sees over 82,000 patients a year in its emergency department. Many of those patients are in extreme crisis, and many, Hohl believes, are coming into the ED with "adverse drug events."

Adverse drug events are defined by the World Health Organization as "noxious and/or unintended responses to medication which occur despite appropriate drug dosage for prophylaxis, diagnosis or therapy of the indicating medical condition."

For a 2010 paper published in Annals of Emergency Medicine, Hohl and colleagues had patients arriving at emergency screened by both regular emergency department staff and by pharmacists. For every 10 cases the pharmacists identified as adverse reactions, emergency doctors screening the same patient group only found six.

The researchers conclude that if clinical pharmacists evaluate emergency patients at high risk for adverse drug events and provide the appropriate intervention, it "may improve surveillance, may increase the likelihood of adverse drug event identification and documentation, and may ensure that medication adjustment and patient counseling occur."

The study involved a thousand patients in VGH's emergency department.

She chose her words carefully when speaking about her research on how well she and other doctors identify the role played by pharmaceutical drugs, over-the-counter medications and some herbal remedies when patients arrive in the emergency room.

"The main thing our research shows is that we need a lot more and a lot better data on this question. I'm not interested at all in adversarial stuff. I'm an ED doctor myself, and I know I make mistakes. We all do," she said.

"What we need now are large observational studies, or improved surveillance that captures these events to improve our understanding of patient, provider and system factors that are related to adverse drug events, so that we can learn how to improve our ability to diagnose them and prevent them from re-occurring."

"Making the diagnosis of adverse drug event is often complex, and is not always possible in the context of an emergency department visit."

Hohl refuses to jump to conclusions, though her findings could well have significant clinical and health policy implications. In 2000, the Institute of Medicine in the U.S. estimated that adverse events due to medical care were responsible for around 100,000 deaths in that country, a greater number than those killed by vehicle crashes, AIDS and breast cancer combined.

In 2010, Health Canada received over 32,000 reports of adverse drug reactions (ADRS). That number, Hohl told The Tyee, probably reflects only a fraction of such events across the country, given the flaws inherent in current reporting procedures. Adverse drug reactions remain one of Canada's top 10 causes of death.

In further research published last year in the Annals of Emergency Medicine, Hohl and her colleagues tried to identify costs and extra treatment associated with adverse drug events.

Working from the same data set generated for their 2010 paper, the researchers found that: "After adjustment, patients with adverse drug events had a higher risk of spending additional days in the hospital per month (6.3 per cent versus 3.4 per cent) and higher rate of outpatient health care encounters (1.73 per cent versus 1.22 per cent). The adjusted median monthly cost of care was 1.9 times higher ($325 versus $96)."

The findings suggest that if protocols were modified to promote more comprehensive identification of adverse drug events when they are involved in ED visits, better outcomes for patients and cost savings for the health system can be expected.

One change may be to have incoming patients evaluated by a pharmacist as well as by the admitting physician. However, Hohl warned against assuming that would produce the desired outcomes. She cited an influential 2005 paper, the Homer study, that found a cohort of patients whose pharmaceutical drug intake had been assessed and corrected by pharmacists during in-home visits following a hospital stay showed, counter-intuitively, higher levels of re-admission than patients who were not followed up with pharmacist visits.

This was true despite the comprehensive strategy provided for the experimental group, including: "Two home visits by a pharmacist within two weeks and eight weeks of discharge to educate patients and carers about their drugs, remove out-of-date drugs, inform general practitioners of drug reactions or interactions, and inform the local pharmacist if a compliance aid is needed."

Another cautionary note was struck by Dr. Robert Fenichel, a recent émigré to Vancouver from the U.S. where his career included 12 years in emergency departments and 12 years supervising drug reviews for the Food and Drug Administration. Fenichel, who holds an MD and a PhD from Harvard, agreed to review the 2010 and 2011 Annals of Emergency Medicine papers by Hohl and provide The Tyee with comments.

Here is some of what he had to say.

"Adverse drug reactions are a serious concern, but it's not clear where time and money should be spent to reduce their impact. As the authors say, they couldn't tell whether better ED recognition of the (reactions) they saw would have changed the outcome in any of the affected patients. For example, it might be true that by the time patients show up at the ED, their adverse drug reaction-related dice are pretty much cast. My intuition is that interventions earlier along the chain are more likely to be fruitful, but I don't know that."

While Hohl said she saw merit in Fenichel's comments, she pointed out that when adverse drug events go unidentified and unattributed in the emergency department, the risk of the patient coming back again and again with the underlying drug problem unaddressed was larger. A study conducted in Australia indicates that 30 per cent of adverse drug reactions recur over time, and lead to hospital re-admissions. Hohl argued that unattributed reactions could lead to more negative experiences for the patient and unnecessary costs for the hospital.

Hohl said her work on adverse drug events bringing patients into emergency is only the first step in what she anticipates will be decades of careful investigation. She voiced the need for larger, controlled collection of data before any conclusions can be made, but remains convinced there is something important to investigate in the connection between adverse drug events and ED visits.

"When I was a resident, I saw lots of patients coming into emergency with long lists of meds they were taking, and lots of drug responses. And it wasn't just elderly patients. Some of the adverse drug events I saw took place in the lives of younger people living with complex co-morbidities. Last night in emergency, for example, I saw three different patients in one shift who all were experiencing symptoms connected to the anti-coagulants they were taking. We need to collect more data and test out possible interventions."

Another Vancouver health care expert, Colleen Fuller, emphasized the importance of surveillance and study of drugs after the randomized trial stage in her 2005 paper "Post-Market Surveillance of Therapeutic Drugs in Canada."

"Once a new drug is on the market, actual population exposure to the drug differs significantly from clinical trials, both in terms of the number and diversity of people receiving treatment and the dose and duration of therapy. General population exposure may include people with multiple medical conditions taking multiple other medications, children, the elderly, women in general and women of childbearing age in particular. It is often the case that individuals from these groups are represented either inadequately or not at all in clinical trials. As a result, different benefits and harms are likely to be observed post-marketing than were seen in research conditions.

"Furthermore, the duration of clinical trials can vary, but it is typically less than 90 days. By contrast, a drug may be used in therapy for a far longer period, sometimes over a lifetime for those with chronic conditions. Therefore, it is not possible to know what the full range of harmful effects of any given drug may be on the basis of clinical trials alone."

Currently, Hohl told The Tyee, she and colleagues are working on a new project likely to be published in 2014. It looks at whether introducing a simple four-question algorithm to the triage process when patients arrive in the ED will identify which patients might benefit the most from assessment by a pharmacist, and provide preliminary data that shows whether having a pharmacist review a patient’s medications in the ED can improve their health outcome.