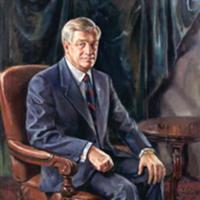 The Parkland Institute, a left-leaning Edmonton-based research network, reported that the government has received less than 20 per cent of the wealth generated by oil sands production since 1997 even though its original target was 35 per cent.

"Albertans have never received more than 20 per cent of the rent in the tar sands, and since 1997 have averaged only nine per cent," says the Parkland report.

Since 1986 industry has taken home $260 billion in pre-tax profits while the public, the owner of the resource, has received less than $25 billion or less than six per cent of the total value.

"If the long-standing trend of low royalty rates in the tar sands industry and the oil and gas sector as a whole continues, Albertans can expect to forgo significant and increasing amounts of potential revenue," warns the report.

The Alberta government now offers the world's richest companies such as Exxon Mobil and Shell, unprecedented profit sharing arrangements in the oil sands.

Until these foreign companies recoup their original multi-billion investments, they pay between one per cent to nine per cent royalty on bitumen. Companies that have earned their capital and building costs must pay a royalty ranging from 25 per cent at $55 a barrel to 40 per cent at $120 a barrel.

But companies do not pay a royalty on the global price of oil but on bitumen, a viscous crude, based on a valuation system developed by the Canadian Association of Petroleum Producers. The government does not publish these prices.

Alberta's weak royalty regime for the oil sands as well as its natural gas resources has been the subject of many reports as well as a driver of rapid industry development.

"Alberta has relatively low royalty and tax rates for the oil sands, which promotes greater production," found a 2008 report by the US Council on Foreign Relations. Moreover the Organization for Economic Cooperation and Development warned that both Alberta and Canada were giving their petroleum resources away in 2008.

The OECD report found that international oil companies operating in Norway received 22 per cent of net revenues from oil production while companies in Alberta took home 53 per cent.

From 2007 to 2011 Alberta's former auditor general Fred Dunn routinely faulted the government for missing or ignoring its royalty targets or the public share of industry profits.

In 2011 Dunn noted once again that the government had lowered all of its conventional oil and gas royalties to encourage investment and failed to establish clear and consistent targets for the oil sands.

Canada gets lower percentage than other countries: expert

Jim Roy, an Edmonton-based royalty expert who used to work for the government of Peter Lougheed, says he agrees with the basic conclusion of the Parkland report but not all of its calculations.

He says that Albertans are not earning their fair share and that low royalties are indeed driving development at unsustainable levels: 21 mining projects and 137 steam plant or in situ operations over the last decade.

Roy says that public account records show the total government share (both provincial and federal) from all hydrocarbon resources in the province amounts to less than 50 per cent of industry profits. He recommends that share should go up to 70 per cent. "No country other than Canada has a maximum rate below 50 per cent," says Roy.

Alberta's new royalty system for natural gas, introduced in 2009, has also been a total disaster for citizens, says Roy. The government said it would raise royalties by $740 million but their new regime delivered a $4 billion loss.

"Albertans pay for these billion dollar gifts to the gas industry," adds Roy.

Alberta, allegedly the wealthiest province in confederation, has run three budget deficits in a row.