Frustrated with a lack of development on provincial and national childcare programs, advocates are taking their concerns above the British Columbian and Canadian governments and going straight to the United Nations. 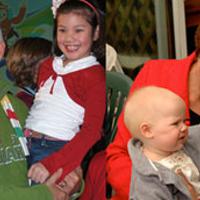 Where Is BC's Childcare Program?

In a confidential meeting today in Geneva, Susan Harney and Lynell Anderson of the Coalition of Child Care Advocates of BC (CCCABC) will join a number of Canadian children's advocates making presentations to the UN working group on the Convention on the Rights of the Child, which Canada signed in 1990. Other Canadian advocates presenting to the working group include Cindy Blackstock, head of the First Nations Child and Family Caring Society, representatives from UNICEF Canada, the Coalition on the Rights of Children and Youth, and Council of Provincial Child and Youth Advocates, and a delegation of Canadian youth.

Focusing mainly on childcare and child poverty, Harney and Anderson will speak specifically to the CCCABC's report "A Tale of Two Canadas," disputing the government's assertion it's meeting the convention's standards in this area.

"Canada in a number of United Nations reports in terms of childcare and early childhood has come out last among the most wealthy countries of the world. We spend less than even countries like Mexico, as part of our GDP, on programs for children," Susan Harney told The Tyee last week before she left for Geneva.

"Do children have some rights in Canada? Yes, they do, but in a country that's so wealthy, they should have more."

Although Harney says the UN is supposed to review each signatory to the treaty every "four or five" years, it's been 10 years since Canada's last review.

In anticipation, the Canadian government released their third and fourth reports on Canada's adherence to the convention in 2009, highlighting accomplishments such as a decrease in the number of children in low-income households to 865,000 children under 18 years in 2004 from 1.3 million in 1996; the establishment of independent commissioners for children and youth in most provinces and territories; and increases in child benefits such as the National Child Benefit Supplement and the Child Disability Benefit, to name a few.

For B.C. in particular, the report highlights the creation of the Representative of Children and Youth's Office, and the Office to Combat Trafficking in Persons; ongoing funding of the BC Federation of Youth in Care Networks, a non-profit organization that provides support and services to youth in or recently out of government care; an increase in social assistance rates; and government's investment of $1,000 into the Children's Education Fund for post-secondary education for every child born since 2007.

But Harney says it's not enough, and points out that many of B.C.'s child and family policies are counterintuitive, citing an example she heard at a recent child poverty panel about a mother who lost her son because she can't find a suitable apartment while on welfare.

"It's one of those stories so true, and so sad, and could be so simple: the family that's looking for decent housing and can't get it on welfare rates, so the child is taken away, and then more money than would have taken to put this child in decent housing is used to put the child in care," she says.

Harney says the government of British Columbia needs to look at raising the minimum wage and income assistance rates, as well as creating quality childcare spaces.

"We're beyond the debate of should women be working or not, it's all right to work and we need to feed our families, but we can't do that properly if we don't have childcare," she says.

The B.C. government has made some moves on CCCABC's recommendations already: the minimum wage will increase to $10.25 in May, full-day kindergarten has been implemented province-wide, and the province's Strong Start childcare programs has grown to 326 locations B.C.-wide.

But Premier Christy Clark told Vaughn Palmer on Voice of B.C. last fall that the province couldn't afford to raise income assistance rates, which sit at $1,036 a month for a single parent with two kids.

"We are not in a position right now to be able to add big increases to things like welfare rates," Clark said on the show.

Stephanie Cadieux, minister of social development, echoed Clark's sentiments in late January, telling the Vancouver Courier that income assistance rates are a "careful balance we always have to find between what we are able to provide from a financial perspective and what taxpayers feel comfortable with."

Strong Start programs don't live up to the childcare dreams Harney has for B.C., either. The programs aren't full day and require a parent or guardian to be present with the child at all times, which is tough when parents are working full time. But it's not just about giving parents, particularly women, the opportunity to work.

"Having really strong early childhood programs, that has nothing to do with employment or family but gives the kids the best start, and allows them to have the really best foundation to be the best that they can be," says Harney, adding the years zero to six are the most important in a child's development.

"If the government says there's not very much money, is (Strong Start) the best way to spend the money?"

Childcare program in the works, but no timelines

In an emailed statement from the ministry of education to The Tyee, the ministry said it "wants to see full-day kindergarten for five year-olds completely implemented before considering moving ahead with programs for four year-olds, and eventually three year-olds."

Data from the University of British Columbia's Human Early Learning Partnership (HELP) over the last 10 years has shown an increase in the vulnerability of children entering kindergarten to 31 per cent from 27 per cent when they first began collecting the data from kindergarten teachers across the province. The difference in vulnerability rates, broken down by neighbourhoods and small communities, is as much as 15 to 20 fold.

"This has happened every time out, four waves of data, in the lowest vulnerability neighbourhoods in the province, between three and six per cent of the kids are behind where we'd like them to be. And then it goes up, and up, and up until you get to the other end and it's running 55 to 70 per cent of the kids," Clyde Hertzman, director of HELP, told the End Child Poverty Now! Panel at Langara College on Jan. 25.

What can the UN do?

"We believe, and from the sources that we have within the diplomatic community, that as Canada falls down on a number of areas, like the environment, like the growing issue of poverty in our country, then Canada won't get the same prestige at the United Nations that they're holding. For instance, Canada didn't get onto the Security Council for the first time," she says.

Harney hopes shaming from the UN will also provide Canadians with ammunition to ask politicians tough questions about childcare and child poverty when the next election comes around. She says answers that the economy is weak or taxpayer money is limited don't cut it when according to the CCABC, the government of Quebec has reported "an additional $5.2 billion to the provincial economy and increased Quebec's GDP by 1.7 per cent" since implementing a provincial childcare program.

Harney says appealing to the UN is just one strategy in the CCCABC's plan to push for provincial and national childcare programs in Canada. But with neither government appearing to budge on their version of Canada's commitment to children, it's going to be a long battle.