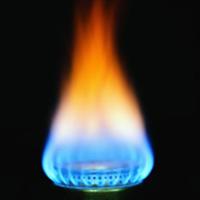 "The National Energy Board does not seem to be an effective agency for holding up the long-term energy security interests of Canadians," says Dave Hughes, a long-term natural gas analyst and a former coal expert at Natural Resources Canada.

Even a long-term natural gas supply and demand forecast by Calgary-based Ziff Consultants that was paid for by the proponents of the $5-billion Kitimat Liquid Natural Gas terminal (Apache, EOG Resources and EnCana Corporation) warned that natural gas demand will outstrip supply by 2035 even without LNG exports, says Hughes.

At that point Canadians will have to import foreign gas from Africa or the Middle East at higher prices. Canada's share of the continent's natural gas supply will also fall from 25 per cent to just 14 per cent. Dramatic declines in conventional gas supplies combined with extreme consumption of natural gas for bitumen production in the tar sands accounts for the projected decline.

Nevertheless the National Energy Board granted an export license to export 200 million metric tonnes (approximately 9 trillion cubic feet) of mostly shale gas over a 20 year period through a proposed LNG terminal at the port of Kitimat last month.

But its rapid development over the last decade has abruptly flooded continental markets and driven down natural gas prices. As a result energy companies, supported by low royalties and other subsidies in B.C., want to sell the resource abroad.

Although Will Koop of the BC Water Tap Alliance raised the long-term supply issue at a public hearing, the NEB stated in its October decision that the proposed Kitimat export (up to 10 million tonnes a year) "is not expected to adversely affect the ability of Canadians to meet their energy requirements over the proposed license term."

In a critique published in Watershed Sentinel, Hughes finds that conclusion short-sighted: "In just 20 years from the opening of the Kitimat terminal Canada will experience a supply crunch even without LNG exports," says Hughes. "We won't have enough gas to meet consumer demand. The NEB paid no attention to this trend."

Except in BC, Canadian gas has peaked

The Ziff study isn't the only analysis predicting long-term decline in natural gas supplies. Alberta's Energy Resources Conservation Board predicts a 32 per cent decline by 2020 even with increased shale gas production in that province. B.C. is the only gas producing region in Canada that has not peaked in gas production.

"British Columbia has no comparable supply outlook to that of Alberta for its natural gas," adds Hughes. "The government now depends on corporations to tell them about future gas production which is considerably hyped. There is no independent science."

Environmental impacts not a factor for NEB

In approving the export license the NEB, which is 90 per cent funded by industry levies, said it wasn't interested in the environmental impacts of shale gas development in the Horn River Basin including the high CO2 content of its shale reserves (12 per cent or nine years worth of B.C.'s total carbon emissions) or earthquakes in Fort Nelson area and water contamination caused by controversial hydraulic fracturing. (Shale gas fracking issues are now the subject of moratoriums around the world.)

Even though an LNG terminal many well change the heavily subsidized economics of shale gas development "the Board does not find a necessary connection between the gas export licence and gas development activities in the Horn River Basin. Therefore, the Board will not consider potential environmental and socio-economic effects associated with gas development in that area." It said B.C.'s Oil and Gas Commission was now doing that.

But the province's Oil and Gas Commission, which was set up by a former member of the Canadian Association of Petroleum Producers, is entirely funded by industry levies. Its last director, Alex Ferguson, who lobbied for shale gas development in Europe, reluctantly introduced new water controls for shale gas in 2011, retreated from the media during the EnCana bombing campaign, rarely met with landowners. He just left the Commission to take up a senior paying job for Apache, one of the U.S. companies funding the LNG terminal.

"Exporting gas to Asia and growing shareholder portfolios is not in the best interest of Canada. This is a one time non-renewable resource. We should optimize its use for the long-term benefit of Canadians."

A full critique of the NEB's decision and its implications on natural gas supplies by Dave Hughes can be found here.

Prior to the deregulation of natural gas markets in Canada in the mid 1980's, the NEB could not approve exports unless Canadians had a guaranteed supply of natural gas for 25 years. That requirement, long abandoned, would have killed the Kitimat export licence, says Hughes.