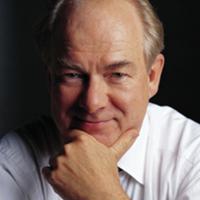 [Editor's note: Click through the photo essay above to meet some of Vancouver's occupiers, and hear their answers to the question: Why are you here today? Photos by Justin Langille.]

Downtown Vancouver was occupied today, as thousands of demonstrators converged before the steps of the art gallery to protest economic inequality, corporate malfeasance, and an economic and political system that seems to be stacked against the bottom 99 per cent.

Today's Occupy Vancouver demonstrations occurred as part of a worldwide day of action that saw protests erupt in cities across Canada, Europe, the United Kingdom and Asia. It marks the globalization of the Occupy Wall Street campaign, the prolonged anti-corporate protests that have seized sections of lower Manhattan over the last month to ever-increasing media coverage and public interest.

With official headcounts ranging between 2,000 to 3,000 people, today's demonstrations attracted a disparate crowd of seasoned activists, union members, befuddled onlookers and, most commonly, the sympathetic but unaffiliated who came simply to show support.

Not a hippy, not a freak

Sarah Pond, who travelled by ferry from the Sunshine Coast to take in today's movement, is one such supporter. With her baby in tow, Pond held a long cardboard sign.

"Not a hippy, Not a freak," the sign read, listing off half a dozen other epithets that have so far been applied to the Occupy Together protesters. "Just a mom here for a better world for my kids."

Inspired by the Wall Street protests, Pond's reasons for attending the protests are personal and local.

"In my home and in my community, income has been going down while the costs of everything else keeps going up. Meanwhile, social programs are being cut and the largest corporations are posting unprecedented profits," said Pond. "Anyone who dismisses these protests as vague isn't paying attention. There's nothing vague about standing up for what you believe in."

Not just one problem

The Occupy Together protests' lack of obvious focus has provided fodder for its opponents, while proving to be a major source of frustration for journalists struggling to summarize the movement.

The manifold viewpoints were evident amongst the many signs sprinkled throughout the crowd.

Ranging from the international in focus ("Capitalism Reset") to the provincial ("How can you trust a government that lied about the budget?") to the local ("The only way I can afford to live in Vancouver is in a tent!"), the general focus of the signage was directed at issues of economic inequality and the excesses of the financial sector.

But with animal rights activists, anti-war protesters, organic farming proponents, and a host of other single-issue groups out in full force, there were plenty of exceptions.

"There isn't just one problem," says Tina Mohns, explaining the heterogeneity of opinion waving overhead. "There are many." Mohns was inspired to come to today's protests over concerns about CETA, the pending Canadian-European free trade agreement.

"This is about people showing that they have a voice," she says. "This will be a success if it initiates more momentum, gets people to take even small initiatives, and gives those in power the sense that there is a rumbling out here."

Across the street, Dave Ellis cuts a dapper figure in a black suit and hat.

Ellis is the doorman at the swanky Rosewood Hotel Georgia. With an unobstructed view of the art gallery grounds, the improbable epicenter for so many Vancouver's protests and demonstrations, he has "seen it all."

The hotel had locked its front doors, redirecting its guests to the Howe street entrance for security purposes. The windows of the hotel restaurant, one of the more expensive eateries in town, appear to have been blacked out.

"It's understandable why people are angry," says Ellis. Throughout our conversation, he constantly interrupts himself to greet and redirect hotel guests. "It's a bit better here than in the U.S. in terms of banking, but the system clearly isn't working for a lot of people."

Considering the assortment of mismatched signage, he shrugs.

"People always make these things about their own pet issue," says Ellis. But given the systematic nature of the problem -- that the economic and political system is considered by many to be broken -- "maybe in this case, that actually makes sense."

Today's demonstration formally began at 10 a.m. this morning with the commencement of the first General Assembly of the Occupy Vancouver movement.

As the Occupy Vancouver organizers devised it, the General Assembly, composed of all protesters present, is where major policy and logistical decisions relating to the demonstration will be made throughout the duration of the campaign.

Though organizers planned the details of the G.A. well into last night, the assembly got off to a bumpy start.

"Mic check!" shouted one of the moderators.

In response to a New York City ordinance that requires a permit for amplified sound devices, the Occupy Wall Street protesters have resorted to "The People's Mic," a coordinated amplification in which a speaker's statements are carried across the crowd in word-of-mouth repetition.

Hence, the call to "Mic Check!" should be met with a vigorous response of the same.

But from the majority of those present, the callout was met with blank stares and baffled silence.

A palpable symbol of people power, the People's Mic was nonetheless forsaken for convenience's sake when, a few minutes later, someone showed up with an electronic microphone.

The importance of the General Assembly highlighted a key disagreement between those who helped to organize today's protests and the majority of those in attendance, many of whom have little experience as activists.

Speaking at last night's meeting of the General Assembly committee, one organizer summarized the former position concisely: "consensus process is the agenda."

This statement was reiterated today by Nora Samaran and Claire Love, both of whom described themselves as experienced activists.

"Process is the point," said Samaran.

Love agreed. "Focusing on process is essential when there is such diversity," she explained. "It involves a tangible acknowledgment of connection."

In other words, by proving that collective decisions can be through consensus, this group hopes to undermine what they see as the "authoritarian" approach at the heart of most political and economic structures.

At the very least, says Anthony Florio, another organizer, "this empowers people to get involved by showing them that their voices can and do make a difference."

But as the G.A. discussion over voting procedure and the definition of consensus continued into the late morning, not all of those in attendance seemed convinced.

"This strikes me as a bit of time waster," said Cathy Martin. An Australian who is visiting her son who lives in Vancouver, Martin was surprised at the focus on process over chanting, singing, and marching.

"You Canadians are so polite."

By noon, as the chilled shadows of the square gave way to the sun (and the procedural discussion of the G.A. gave way to speeches), the crowd became more engaged. Orators spoke on topics of economic inequality, social justice, and, more esoterically, the exigencies of the current monetary system.

The audience conveyed their agreement and enthusiasm with claps, shouts, and most notably, fluttering fingers -- the hand gesture that the General Assembly had agreed would indicate assent.

A moderator then suggested that a protest march begin at 1 p.m. This march would take place with the help of the police, he explained.

"And while we're at it, let's give it up for officers of the peace!" said the moderator. Fingers fluttered across the audience.

Marching down Hornby to Hastings, before rounding up Howe and back around the art gallery, the protest took on a more familiar tone. Chants were chanted and songs sung.

Situated back at the gallery grounds after the short march, a small brass band picked up. Speeches continued as the afternoon sun warms a crowd noticeably more at ease. Rather than standing stiffly and staring at the microphone on the gallery steps, the thousands milled about. Small groups of police and fire department officers stand in small clusters throughout, sometimes chatting with civilians.

With many of the protesters intending to camp on the art gallery grounds tonight and perhaps indefinitely, it's hard to know how long this demonstration will last -- and in what form.

After today's event, the next General Assembly meeting planned for this evening will likely be as much about redefining the terms of the occupation as about logistics.

Whether Occupy Vancouver will ultimately be seen and ultimately remembered as a protest, a celebration, or an experiment in democracy, at the microphone this afternoon, one of the speakers already started that conversation.

"This is not a protest!" he reminded his fellow demonstrators. "This is a movement!"

And at this, the crowd erupted with fluttering fingers.