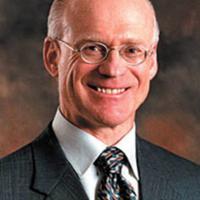 The Gwyn Morgan File: Rise of a Shale Gas Baron

A government of Alberta cabinet briefing note dated Aug. 3, 2011 says, "Shale gas environmental concerns in the media and in the public in other jurisdictions are potentially problematic for energy development and environmental management in Alberta."

The note also reveals that one of Canada's most powerful lobby group, the Canadian Association of Petroleum Producers, has approached the Alberta government about shale gas issues in order "to enhance public communication."

"It's another example of Alberta's Conservatives working behind closed doors with industry and keeping it as secret as possible," charged New Democrat MLA and environment critic Rachel Notley. She wants an independent investigation on the technology.

"My biggest concern is that there is a government plan to work with industry on shale gas issues in secret and it's largely about managing public opinion. It's not about science or eliminating the risk to groundwater or the public. It's about telling people they are doing something without actually doing anything."

Another related interprovincial document called for "collaboration and information sharing" on shale gas drilling with the goal of "providing more confidence that hydraulic fracturing use of water for shale gas is well-managed." Yet several pages later it admitted that "lack of complete information" in "a rapidly evolving industry."

Hydraulic fracturing, the practice of blasting deep rock formations with one to five million gallons of water mixed with tonnes of sand and chemicals, has sparked controversy throughout the continent. It's been the subject of lawsuits, bombing campaigns, moratoriums and ongoing U.S. government investigations and studies.

In British Columbia two independent MLAs, Bob Simpson and Vicky Huntington, recently called for a public inquiry on the development of shale gas given its major impact on provincial revenues, water, land, First Nations and greenhouse gases. (Much of the province's shale gas is contaminated with CO2.) The highly subsidized shale gas industry is the largest source of revenue for British Columbia and Premier Christy Clark's chief political advisor is former shale gas baron Gwyn Morgan.

Although the technology of hydraulic fracturing has opened up vast supplies of natural gas and may be an energy game changer, it has also flooded the marketplace with cheap gas. Repeated fracking of well sites has also caused earthquakes, poisoned surface water, industrialized rural areas and contaminated groundwater and surface water with methane and fracking chemicals. Scientists have also raised concerns about the volume of methane leaking from shale gas operations into the atmosphere. Incredibly, the water-hungry industry has also applied to withdraw billions of litres of water annually from a major hydro-electric reservoir in B.C.

Over the last decade the fracking of 10,000 coal bed methane wells in central Alberta both fragmented critical farmland and contaminated water. Jessica Ernst, an oil patch consultant, has sued shale gas giant, EnCana, for $33-million claiming her water was contaminated after extensive hydraulic fracturing near Rosebud, Alberta. At one point Ernst could even set her tap water on fire. Now she trucks in drinking water.

Her landmark 73-page statement of claim recently made international headlines. It alleges that two of Alberta's key groundwater regulators, Alberta Environment and the Energy Resources Conservation Board, "failed to follow the investigation and enforcement processes that they had established and publicized."

After researchers at Duke University in North Caroline found high levels of contamination in groundwater within a kilometre of fracked shale gas wells in New York and Pennsylvania, Alberta's Tories uniformly dismissed the science last spring.

"The experience we have with drilling in Alberta would preclude those kinds of results," said Alberta Environment Minister Rob Renner. (Alberta has been ruled by one party for 40 years and gets 30 per cent of its revenue from hydrocarbons.)

Both documents released by the New Democrats relate to the New West Partnership, a little known free trade deal between Alberta, Saskatchewan and British Columbia. The agreement essentially ensures that all three provinces must operate by similar environmental standards or the lowest common denominator.

Under the New West Partnership, Canada's three major hydrocarbon-producing provinces agreed to collaborate on industry water use and hydraulic fracture technology in Dec. 2010.

The secret agreement, which is not on the partnership's website, admits that hydraulic fracturing fluids "can include water, hydrocarbons, gels or inert-gas-based foams." To date none of the three provinces have disclosed what toxic compounds are actually being used in fracking fluids.

The lead agency for the collaboration and information agreement on fracking is the BC Ministry of Energy Mines and the project is led by Linda Beltrano. The deal acknowledges that the three provinces lack "a cohesive inter-governmental and inter-agency strategy to address growing public concern in the rapid expansion of shale gas development" and expresses concerns about regulations or policy that might "affect individual provinces' competitive position."

It also accuses "environmental non-government organizations" of "supporting an ill-informed campaign on hydraulic fracturing and water related issues in British Columbia." The only non-government stakeholder listed on the agreement is the Canadian Association of Petroleum Producers.

According to the plan, the three western provinces will shortly unveil "consistent communication documents and key messages about shale as development" as well as baseline water evaluations within the next couple of months.

The threat posed by hydraulic fracturing and unconventional oil and gas drilling to western groundwater is no idle matter. More than two million western Canadians use groundwater as their drinking source. In fact nearly half of the population of Saskatchewan and one third of the citizens of Alberta and British Columbia rely on groundwater.