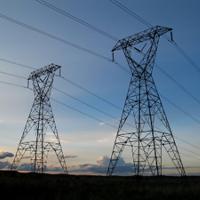 How Alberta's $16-billion Electricity Scandal Plugs into the Oil Sands

Cables sent from the U.S. embassy in Ottawa in 2003 and 2008 show that Alberta politicians offered to export power to the United States using excess electricity generated by oil sands facilities.

Shortly after the last cable the Alberta government proposed a massive upgrade to its existing $2-billion transmission system.

Yet no other jurisdiction in Canada has proposed to build eight times its existing transmission infrastructure at taxpayers' expense with no public needs assessments. Nor has any other province proposed to give away that very infrastructure to two private transmission companies (Atco and AltaLink) along with a promised rate of return of nine per cent.

"The cables show that the government was going to export power all along and lied about what they were doing with transmission upgrades," says Joe Anglin, a former U.S. Marine and long-time advocate for electrical reform in Alberta.

"The cables are the hammer that nails all the supporting evidence together," says Anglin. "We need a full judicial inquiry."

Because many Alberta government officials repeatedly told Albertans that its unprecedented program to spend $16-billion in upgrades were all about "keeping the lights on," Anglin also suspects that many officials may also be guilty of perjury.

The cables explain why the government proceeded with such a massive over build and why the government passed Bill 50 in 2009. That bill took away the public's needs assessment hearings and shifted all decision making to the back-room of Alberta’s provincial cabinet.

"I always thought the transmission upgrade was either a product of government incompetence fueled by the extravagant fantasies of engineers or it was for export. It's just too massive for local needs. Now we know it's for export," says Wilson.

The documents also raise troubling questions about secret deals behind closed doors. "Clearly something happened between the Wikileaks cables and 2009's draconian transmission bill legislation. Discussions were held and decisions were made to allocate these transmission lines and who would benefit, and we don't know the answer to these questions."

Premier Ed Stelmach has called Wilson "a silk suited lawyer" but hasn't answered growing questions about power exports. (For the record Wilson says he doesn't "even own silk underwear.")

Wrote Cellucci: "Smith and others also want to make sure that the USG (United States government) is aware that over time there will be tremendous electricity co-generation available as a result of the huge thermal needs of the oil sands refining process."

Cellucci added that "this could over time make significant new electricity exports available to the United States, but at least for now there is limited capacity to move this west and then south through British Columbia and on to our Pacific Northwest. There is almost no capacity to move it south into the U.S. Rocky Mountain states and markets further afield. Albertans see this as a promising issue for future provincial-state-Washington-Ottawa and regulator to regulator coordination."

Shortly after this cable was filed, Smith changed the 50/50 rule for financing electrical power lines. The change placed the entire burden of transmission upgrades on Alberta ratepayers.

Separate documents found by The Tyee also confirm the province's plans for power exports. For example, the Alberta government made a presentation promising to export at least 2.5-million MWh of electricity by 2020 to the United States at a 2006 meeting of the Oil Sands Experts Group in Houston, Texas.

Another 2008 U.S. embassy cable also mentions the potential of exports from Alberta's oil sands where natural gas fired cogeneration facilities provide both steam and electricity for bitumen production and often create more power than the mega-industry can use:

"Co-generation could also make a net contribution to electricity supply, perhaps even changing the province's traditional status from small net importer of power to net exporter if transmission capacity in Montana and Wyoming can be expanded," says the cable.

Adds the communication: "Moreover, some in Alberta are seriously considering use of nuclear reactors to fuel bitumen extraction, which could boost the amount of power co-generated in this process." The cable added that only a lack of transmission lines prevented such exports.

A year after this cable was sent, the Alberta government passed three controversial and interconnected bills (19, 36 and 50) that concentrated decision-making on power lines in the provincial cabinet. In particular Bill 50, the Electric Statutes Amendment Act, eliminated the requirement for public needs assessments in the province by declaring the construction of five major transmission projects as "critical infrastructure" for Alberta.

Without the construction of these five so-called critical lines, it would be impossible to move power generated in Fort McMurray or from planned nuclear plants in Peace River to U.S. markets. The plans include two hotly contested 500 kV HVDC lines between Edmonton and Calgary.

The content of the cables, however, did not surprise industry critics of Alberta's ongoing $16 billion transmission scandal.

"It's been known all along that there had been discussions about export schemes in place," says Sheldon Fulton, executive director of the Industrial Power Consumers Association of Alberta. The group, which represents the province's largest power users, opposes the transmission expansion as a dire threat to the province's economy.

Profits would flow to SNC Lavalin

Fulton says there is room for limited upgrades but not an eight-fold increase. Current plans will bankrupt industry and ratepayers alike and come with no cost effective monitoring, he says.

"It's essentially a public wealth transfer to one private company in Montreal," adds Fulton. AltaLink, a transmission line owner and builder created by the Alberta government's deregulation process, is now 100 per cent owned by SNC Lavalin, a Montreal engineering firm.

According to The Globe and Mail, AltaLink could eventually provide a 2013 profit to SNC worth more than half the company's current bottom line if Alberta's regulators approve all the transmission lines supported by Premier Ed Stelmach pro-transmission line legislation.

The province's major transmission players all have ties to the Progressive Conservative Party. Patricia Nelson, a former Tory energy minister, sits on the board of AltaLink. The company's vice president once served on the party's executive committee with direct access to the premier.

Key Tory party funders and supporters also sit on the board of the Alberta's Energy System Operator (AESO), which operates the electricity grid and determines power needs. (Even industry critics say it's highly questionable "how independent AESO is from government and government influence.")

Although de-regulation allowed oil sands producers to create their own electricity, it has dramatically increased power rates in the province.

Fulton describes the province's transmission mega-project as "so unbelievably dramatic and out of control that people can't believe that the government would be as dumb as it is. But the hard facts just get you."

Unlike Alberta's grandiose plans for $16 billion of new infrastructure, British Columbia has proposed $4.3 billion in transmission upgrades while Ontario has plans for $5.4 billion.

"That tells the whole story," explains Fulton. "Those provinces are two-and-a-half times bigger than Alberta in terms of generation and consumption yet they are building only a third of what we are. We need a full inquiry on our transmission plans."

Many business leaders consider the mega-transmission upgrade a dangerous threat to the economy and the future of the province.

At a May 13 hearing for the controversial Heartland Transmission line in the Edmonton area, the president of AltaSteel, Chris Jager, said the province's power plans could triple his firm's power bills from $15-million to $34 million by 2017.

"The approach that's been taken here is to build 10 Cadillacs when you could use two Volkswagens. It's overdone, it's not well thought out and quite frankly the people that are building it have a history of spending two-and-a-half times as much," said Jager.

'Some of it don't read good'

What many are now calling the transmission boondoggle has sparked widespread debate in the province.

At one recent public meeting Alberta's Minister of Transportation Luc Oulette flew down from Edmonton in a government jet to heckle Joe Anglin, a long-time critic of the upgrades. Anglin then invited Oulette to speak.

In front of a hundred people the minister called Alberta "the fifth best emerging economy in the world" but admitted "I have a heck of a time understanding a lot of the legal stuff" in legislation and how it works. "I do question some of it and some of it don't read good when you pick and paste pieces apart."

In the oil sands, cogeneration, the simultaneous production of electricity and steam by the burning of natural gas, now accounts for 40 per cent of the province's electrical generation.

Due to the uneconomic status of private transmission lines to the United States, oil sands producers have built co-generation plants primarily to satisfy on-site power and steam needs.

But 2010 study by the Oil Sands Developers Group noted that removal of public needs assessments for transmission lines with Bill 50 "could potentially reverse the trend to build capacity to meet on-site demand only and support the growth in net exports from co-generation by encouraging developers to install greater capacity."

The 2010 Sixth Northwest Conservation and Electric Power Plan for the U.S. Pacific Northwest, for example, talks about importing 2,000 MW of wind power from Alberta.

To date every opposition political leader in the province has condemned the transmission upgrades following the release of the Wikileaks cables.

"These documents show this government's sales job on the need for these transmission lines to be a complete fraud," Wildrose Leader Danielle Smith said. "If they want to have a debate about exporting electricity, let's have that debate. Instead, they've deliberately and repeatedly deceived Albertans by trying to convince them they need to pay for these upgrades for their own good. We need to go back to the drawing board immediately to determine Alberta's true transmission needs."

In the last two weeks several new leadership candidates for Alberta's Tory party have openly rebuked existing policies and reversed their positions on the boondoggle. Many have called for a review of legislation supporting the transmission upgrade.