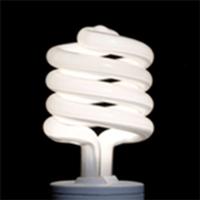 One of these days, Ottawa's oil patch salesmen might want to sit down with the U.S. military and have a real "man-up" talk.

By any standard, the guys and gals in uniform now make Greenpeace look like the Boy Scouts.

In fact admirals, generals and colonels have seen the enemy, and it's oil. They don't care if the stuff is bloody or dirty; they just want to get off pricey crude, asap.

They also believe that climate change, another byproduct of the Oil Age, poses a serious security threat to civilization, as we know it. Not surprisingly, people call these tough hombres, "the Green Hawks."

Around the same time Canada's political elites started to dunk their donuts in bitumen, the U.S. military experienced an energy epiphany in Iraq and Afghanistan. Blood will do that.

It all started when insurgents targeted the military's long, cumbersome fuel supply lines with improvised explosive devices (IEDs). When the 400-mile-long highway from the port of Kuwait to Baghdad became a shooting gallery, diesel fuel became a liability in a country floating on oil.

In some months, as many as 40 to 50 Marines died guarding convoys ferrying fuel and water to forward bases. Most perished in blown-up Humvees.

In response, Maj.-Gen Richard Zilmer, the commander of 30,000 marines in western Iraq, issued a startling "priority one" request in 2006. Recognizing that oil had become a tactical liability, he called for a "self sustainable energy solution."

Zilmer argued that green power could reduce "the number of convoys while providing an additional capability to outlying bases ...with photovoltaic solar panels and wind turbines."

The request stunned a lot of officers. "When did our Marines become Birkenstock wearing tree huggers," thought Col. Dan Nolan at the Pentagon's Rapid Equipping Force. But when the engineer realized it was all about saving lives and reducing the size of the military's energy tail, he devised some novel solutions.

For starters, the military insulated tents with foam to reduce the demand for diesel generators to run air conditioners. (The military earned back the $95-million investment in fuel savings in just six months.) The army also brought in solar panels. Not only did the green forward operating bases save lives but the reforms halved fossil fuel demand, too.

(Nolan recently retired and now works for Sabot 6, an energy efficiency group, and contributes to a sharp blog on energy use in the military.)

The More Fight report concluded that the military's dependence on fossil fuel was now 16 times more intensive than during World War II and amounted to a security threat itself.

Concluded the bold report: "Aggressively developing and applying energy-saving technologies to military applications would potentially do more to solve the most pressing long-term challenges facing DOD and our national security than any other signal investment area."

An armored Humvee gets four miles to the gallon while an Abrams tank gets two miles.

A B-52 bomber burns enough fuel in an hour to sustain an American household for two years.

As the world's largest institutional consumer of oil, the U.S. military burns its way through more than one per cent of U.S. oil demand or 132.5 million barrels a year. A decade ago it was a $4-billion addiction. Today the military's fuel bill has become an $18-billion drain on resources. Every time oil goes up a dollar, the military forks over another $130 million to keep its vehicles on the road.

Given that peak oil means the end of affordable petroleum, most military leaders have embraced a new refrain: "Unleash us from the tether of oil." An army that burns less hydrocarbons, simply gains more endurance and resilience.

Green guerilla thinking now permeates a lot of military reading. One 2007 paper by the Army Environmental Policy Institute, for example, laid out the need for renewables with Sierra Club enthusiasm: "Use of renewable energy systems will enhance mobility, maneuverability, survivability, sustainability and stealth and yet decrease detection, storage, transportation needs and waste."

'To be sparing is to forestall'

Such wisdom has spread like insulated foam tents in Afghanistan. A 2010 study by the Centre for New American Security pointedly recommended that the U.S. military should "set an overarching energy goal of managing a smooth transition beyond petroleum over the next thirty years." Thirty years.

The report calls for innovation, discipline, conservation as well as planning for uncertain futures, all activities generally ignored by the Canadian government.

Every branch of the U.S. military now boasts green hawks. Take Rear Admiral Lawrence Rice for example. He doesn't think the energy status quo or the petroleum age is worth the cost in terms of national debt and soldier's lives anymore.

Preparing for peak oil by 2015

That's why he promotes wind turbines at Guantanamo Bay and solar panels that put juice on the grid in Iraq. Rice also thinks that peak oil will occur by 2015 and that the U.S. government is not prepared for future oil shocks. Nor does he regard bitumen as anything more than an interim fuel source with extreme liabilities.

In Afghanistan, the commander of the U.S. Marine Corp, General James Conway openly deplores the fact that a gallon of fuel purchased for a dollar can become as rich as $400 by the time it reaches soldiers in the field due to insurgent attacks and logistical nightmares. As a consequence, the Marines are now deploying solar gear in bloody Helmand province.

Not surprisingly, Conway proposes to reduce the corps' oil addiction by 40 per cent within 10 years.

Robert Magnus, the former assistant commandant of the marine corps, speaks just as radically as Conway. "I would be in favor of a market mechanism to reduce the use of fossil fuels, provided that the revenue specifically targets further efficiencies and revolutionary energy programs," he recently wrote in a paper for the Centre for Naval Analyses.

Perhaps the most impressive green radical is none other than Ray Mabus, secretary of the navy. Last August he gave a green speech in San Francisco that make many of Canada's environment ministers sound like Alberta oil lobbyists.

With 290 ships, 3,700 aircraft and nearly one million sailors and marines at his command, Mabus declared that "America and the Navy rely too much on fossil fuels." Within a decade he wants the Navy to get half of its energy from green sources.

He's not bullshitting either. The naval base at China Lake already puts geothermal power on the grid and the F-18 Hornet can now fly on biofuel made from camelina, an inedible member of the mustard family. "We named it the Green Hornet," said Mabus.

The navy has also launched its first hybrid ship, made in Mississippi. On its maiden voyage it saved $2 million in fuel costs thanks to an electric drive.

Mabus believes that the navy, which has made four energy transitions (wind, coal, oil and nuclear) must now lead the United States by producing green energy or conserving fuel. Unlike the Canadian Senate or Prime Minister Stephen Harper, Mabus also thinks such actions "will also immeasurably aid this planet, which we call home."

The Quadrennial Defense Review by the U.S. Department of Defense never used to mention energy but that's changed now. In 2010 it even emphasized the strategic importance of investing in alternatives to hydrocarbons: "Solving military challenges -- through such innovations as more efficient generators, better batteries, lighter materials and tactically deployed energy sources -- has the potential to yield spin-off technologies that benefit the civilian community as well."

Veterans from the wars in Iraq and Afghanistan have also joined the green hawks with a group called Operation Free. The group believes that it's their patriotic duty "to do everything we can to keep our nation safe and secure: clean energy is one of those efforts."

Operation Free recently ranked the security implications of several different fuels including natural gas, ethanol, oil and electricity. Based on oil price volatility and the insecurity of supply lines, the veterans voted oil the least secure of all fuels.

The hawks have slowly rustled some feathers, too. The U.S. military has increased its budget for alternative energy research from $400 million in 2006 to $1.2 billion in 2009. It's still a drop in the bucket but the Pentagon has a knack for technological innovation. The U.S. military, after all, gave us the Internet.

More importantly, the green hawks indicate a profound shift in energy thinking. While cheap oil made the U.S. strong, the hawks understand that unconventional and ever pricier oil can only make America weaker.

They also realize that cheap oil has left a crippling cultural legacy: softened by seemingly abundant supplies, consumers now undervalue the true cost of energy and face few incentives to change their behaviors.

Relying on just one fuel for 90 per cent of all transportation needs strikes most hawks as pure folly. Moreover, cheap oil made the U.S. empire fat, lazy, concentrated and centralized. Renewables present an opportunity to renew the American experience with lean, resilient and decentralized thinking.

So the U.S. military may well become the most powerful green lobby group on the continent. As Dan Nolan noted in a recent blog, "Economically, DOD represents thirty million acres (about the size of Pennsylvania), two billion square feet of facilities and an annual facilities energy bill of $3.8 billion. When DOD decides to place a value on energy security, when it decides to get serious about energy security on installations, it will move markets and business will respond."

Several years ago the New York Times columnist Thomas Freidman noted that it was dangerous to ignore the impact of military on U.S. life. The institution still remains a proud bellwether even in a declining empire. "When the U.S. Army desegregated, the country really desegregated," wrote Freidman, and "when the Army goes green, the country could really go green."

Is the Canadian government paying attention?