Not too many people have gone on hunger strikes in Fort McMurray, the moneyed frontier of unconventional oil, but Mary-Ellen Proctor, the mother of eight children, is now proudly one of them. 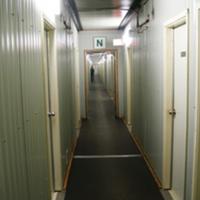 Last summer she fasted for 21 days and started a phenomenon in the oil sands city.

Joanne Roberts, an employee of ConocoPhillips, followed next and fasted for another three weeks.

Roberts, in turn, was succeeded by several volunteers who fasted for a day or two. Vicki Rankin, a school teacher, then entered the chain at day 86 and fasted another 21 days.

Altogether a growing army of women have now notched up 100 days of consecutive fasting -- and all to draw attention to the lack of housing for battered women and children in the city that bitumen made.

Now Proctor, a 50-year-old Prince Rupert native, never expected to follow in the footsteps of Mahatma Gandhi or to lead a prolonged hunger strike. But Fort McMurray will change one's life in unexpected ways as northern boomtowns always do.

Proctor arrived in Canada's fastest growing city two years ago to be closer to her son, who was apprenticing to become an electrical engineer. He found opportunity in the nation's bitumen fields.

After serving as the health director for Lax Kw'alaams communities near the Alaska border, Proctor, the daughter of a half Cheyenne Indian, looked for a simpler job.

She thought that serving as executive director of Unity House (Fort McMurray Family Crisis Society), the city's only women's shelter, "would be a walk in the park compared to serving remote coastal nations."

But she got that part wrong. In addition to longer hours for less pay, she's now haunted by four manila folders stored in a file drawer in her camped basement office.

"We lost four of our clients in two years all related to drugs and alcohol," explains Proctor with a sadness both direct and heartfelt. "Alcohol is a factor in all four deaths. Abuse and addiction go together," she adds.

The four women who died were all born in Fort McMurray. Popping prescription pills and downing booze to arrest their bodily and emotional pain is what eventually killed them.

Proctor, who remains shocked by the level of legal and illegal addictions in the city, didn't expect that so many would die on her watch but about one in four women are now subject to some form of domestic violence in Fort McMurray.

That's pretty much the national average, too. But in Fort McMurray everything has a way of standing out like some sort of bad 3D film.

Nowhere else to go

Normally a woman will return to an abusive relationship eight times before breaking the cycle and finding a safe haven, says Proctor who experienced family violence first hand as a child.

But not in Fort McMac. Here the average is an astounding 18 times. "It's always due to lack of housing and not being able to afford their own place and having no family nearby."

Adds Proctor: "People live hard and play hard here. That goes together with abuse. Everything is marked up a notch here and it's all because of the population growth."

When Unity House first opened in 1987, Fort McMurray was still a community of 30,000 with two mines. Now it's a multi-cultural boomtown with nearly 100,000 citizens, a mosque, big box retailers, Filipino nannies and tens of thousands of camp workers in the bush.

All classes of society use the shelter including the wives of oil executives. "Social status has nothing to do with abuse. It's all about controlling another human being. We have had an elderly lady with us since January. Her children are the abusers."

The shelter has saved untold lives. Just last Christmas Proctor got a visit from smiling Newfoundland woman. She handed Proctor a cheque for $1,000 and said the shelter changed her life.

Caught in a violent relationship, the woman had been on the verge of suicide. But with the Shelter's support, she broke the cycle and bought her own home. "She's now standing on her own two feet," says Proctor.

Despite recent infusions of provincial cash, much social infrastructure in the city remains inadequate. More than 300 people wait on the list for affordable city housing while 930 children depend on the local food bank.

The Regional Municipality of Wood Buffalo, which includes Fort McMurray, once published an informative and valuable "sustainable community indicator." But because the 2006 report showed social trends in terms of housing, traffic and voter participation worsening so dramatically, it hasn't been revisited since.

But Unity House remains one indicator and the house is falling apart. Built originally to shelter nine women, the crumbling building now houses 36 beds. Most nights the place is packed with women and children in fight-or-flight mode. Last year the shelter turned away 400 people.

"At one time we took any women in crisis. Now we are down to just high risk women who might get killed. We just don't have the capacity to look after the others."

Located just a short walk from city hall, the three story building eerily resembles the physical state of many of its asylum seekers. Proctor simply calls the crumbling edifice a time bomb.

"If we plug in the kettle and switch on something else, all the breakers go." Every time a repair is made, mould pops out the walls due to outstanding water leaks. Last year the facility had to replace all the windows or shut down.

And that's when Proctor came up with the idea of a hunger strike. She wanted to draw more attention to domestic violence in the city as well as highlight the need for a new 50-room building with an ungainly price tag of $50 million. (Nothing comes cheap in Fort McMurray.) To secure government grants, Proctor has to raise about $15 million locally.

Given that the centre typically raises $200,000 a year, Proctor had no idea where to find the cash. Last August she dipped into the well of motherly courage and went on 21-day hunger strike. That's the amount of time a woman and her children can stay at the facility before being reassessed or told to make room for another arrival. Staff and volunteers have carried on the fast ever since. Proctor even has volunteer strikers signed up into the New Year.

"The first five days were sheer hell but nothing compared to the pain of my clients," says Proctor.

The genuine nature of the small hunger strike immediately struck a cord in a city shaped by big machines and even bigger mines. Mayor Melissa Blake helped out at a fundraiser and accountants from oil companies are now lining up with cheques.

Although Proctor misses the ocean and her grandchildren in Prince Rupert, she loves the practicality and generosity of Fort McMurray. When she urgently needed long-term shelter for women for example, 10 families volunteered rent-free space in their own homes as a way of giving back.

"I swear my life has been shortened since I lived here. Everything is so flat out there is no time for a breather... but I do like Fort McMurray. I call it home. I get up every morning knowing I'm making a difference."

She also gets up at 5 o'clock each day knowing that a new building can save lives and that a hunger strike can still unite a community in a transient oil town.

"I've dealt with women who are more afraid of living than of dying. And that's the most heartbreaking place to be."

"We'll get there," adds Proctor with the confidence of a mother who has raised six adopted aboriginal children and two of her own.

"I don't want to have a whole cabinet full of file folders."