The biggest funder of a campaign to suspend American climate change legislation has strong ties to Alberta's oil sands. 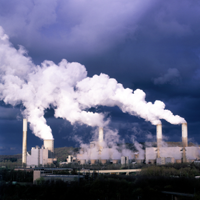 Proposition 23, as the initiative is known, has become one of the most contested issues of California's upcoming election. It would put the state's strict greenhouse gas standards in limbo, and could imperil an international climate deal that B.C. helped pioneer.

Prop 23 goes before voters on Nov. 2. Valero Energy has so far contributed more than US $5 million to support it. The Texas-based company is North America's largest independent refiner of fossil fuels. It's one of the continent's top air polluters. Valero worries climate laws will hurt profits at its two California refineries. Those laws could also one day limit Valero's prospects for future growth, which depend in a big way on Alberta's oil sands. Over coming decades, a proposed pipeline to Texas would ship massive amounts of Albertan fossil fuels to Gulf Coast refineries.

The only hitch is that oil-sands energy has a much larger carbon footprint than conventional oil. The climate change legislation targeted by Prop 23 contains a provision that would limit California's imports of high-carbon fuels -- fuels such as those from Alberta. Valero's Texas refineries may be halfway across the United States. But industry insiders worry that oil-sands restrictions on the west coast will be copied elsewhere.

"There is a connection between what California is attempting to do," said Tom Corcoran, a lobbyist who helps represent some of the largest oil companies in the world, "and the encouragement it's given other states."

Green observers argue that plans to reduce greenhouse gas emissions to 1990 levels by 2020 would essentially be stopped dead.

Next to die, they worry, could be the Western Climate Initiative, a regional alliance of several states and provinces that British Columbia joined in 2007, the first Canadian jurisdiction to do so. "California has the biggest population and highest emissions of any member," Bill Magavern, director of Sierra Club California, told The Tyee. "If Prop 23 were to pass, I think that would be a near fatal blow to the Western Climate Initiative."

Such fears may have prompted B.C. Premier Gordon Campbell to make a rare appearance before California's state assembly this August.

Prop 23 supporters, meanwhile, describe their plan as "a common-sense proposal that will help save over a million jobs." It's well known that key funders Valero and Tesoro operate some of the highest-polluting refineries in California. But strict greenhouse gas standards could have implications beyond state lines. Valero's Texas operations stand to make big money from the Alberta oil sands in coming decades. Could California's climate laws put those plans at risk?

Valero has for years been eyeing Alberta's massive oil reserves, the world's second largest after Saudi Arabia. The company's Port Arthur refinery processes at least about 2,300 barrels of oil sands fuel a day, or 20 per cent of the total oil-sands fuel currently reaching Texas and Louisiana. It's only a small trickle compared to what might come. A highly controversial pipeline stretched south from northern Alberta could eventually ship up to 600,000 barrels per day to the region.

A U.S. government decision on TransCanada's Keystone XL proposal is expected early this spring. Secretary of State Hillary Clinton said recently she's "inclined" to support it. That's good news for Valero. Wracked by recession, the refiner lost US $55 million in 2009, a year it refers to as "exceptionally challenging." Valero is banking on Keystone XL to make up for some of those losses. "This large new source of crude oil for the Gulf Coast market will further diversify our feedstock slate and increase our ability to optimize our profitability," reads the company's most recent annual report.

Valero's Texas refineries have traditionally sourced heavy fuels from south of the border. But Mexican oil fields are declining and Venezuela is politically uncertain. "So we're looking for additional supplies of heavy crude," spokesperson Bill Day told The Tyee, "and Canada is a tremendous potential supplier for us."

Industry lobby groups confidently predict a near tripling of oil-sands production by 2025, with most fuel bound for U.S. markets.

Valero's prospects for future growth would seem to make strong economic sense, except for one major liability. Fuel from Alberta's oil sands has a huge carbon footprint, an estimated 82 per cent bigger footprint on the production side than conventional crude. That makes the industry an obvious target for carbon-conscious policymakers.

California took aim this January by approving the planet's first low carbon fuel standard. Legislation requires a 10 per cent emissions cut across the vehicle fuel sector by 2020. It gives suppliers a clear incentive to avoid energy from places such as Alberta's oil sands.

Valero CEO Bill Klesse does double duty as chairman of the National Petrochemical & Refiners Association, one of three lobby groups currently suing to repeal California's fuel standard. Valero, in a sense, is helping fight a two-front war. That same fuel standard would be suspended if voters pass Prop 23 next week.

Company spokesperson Day downplays any connection to oil-sands ambitions on the Gulf Coast. "We have significant operations in California," he said. "[Prop 23] is not a symbolic thing for us -- it's something that directly affects us."

But the Centre for North American Energy Security, another litigant in the California fuel standard court battle, acknowledges profits tied to Alberta's oil sands are part of the Prop 23 equation. Strict greenhouse gas targets in one state likely wouldn't have a huge effect on Alberta's oil sands industry. But tough legislation in California could set a dangerous precedent, the group's director Tom Corcoran told the Tyee.

"More importantly," Corcoran said, "it would develop a model for other states to use."

Already, 11 north-eastern states are considering adoption of their own regional fuel standard, patterned on California's. And those states have urged the U.S. government to set national standards.

The Valero-supported Prop 23 initiative may have wider climate change implications than many people imagine. "[Proponents] think if they can stop California in its tracks, then they could delay national action for years and years," said the Sierra Club's Magavern.