A third case of a senior energy, mines and petroleum resources' ministry official who went directly from being on the province's payroll to working for a major petroleum interest has been discovered by Public Eye. But no government guidelines exist that would have blocked that move -- something New Democrat critic John Horgan wants to see changed. 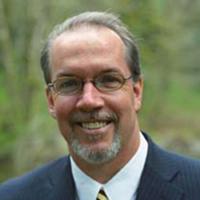 Michael Lambert was executive director of strategic initiatives for the ministry's oil and gas division from May 11, 2009 to August 16, 2010. According to his job description, he was responsible for developing laws and policies to "facilitate natural gas development opportunities" -- among other duties.

But, in an interview with Public Eye, Lambert said one of his principle tasks was working on the new Oil and Gas Activities Act the new Oil and Gas Activities Act's environmental protection and management regulation. "Industry, of course, would have wanted the lightest environmental reg possible, I suppose," he commented. "That's not what they got."

Encana not after 'inside knowledge': Lambert

The former bureaucrat said he was in contact with the Canadian Association of Petroleum Producers during the consultation process for that regulation. But "everybody had a say and often a conflicting say," including the natural gas producer he's now working for: Encana Inc. Although he stressed the firm didn't have any "undue influence."

Lambert said cutbacks at the ministry convinced him to compete to be an environment land use planning advisor for Encana, one of several companies moving to develop British Columbia's Horn River Basin -- Canada's largest shale gas field.

"Did Encana hire me for my inside knowledge of the Oil and Gas Activities Act? Absolutely not. They hired me because I'm a land-use planner. Alberta is my primary focus," he stated, stressing he's not responsible for helping Encana comply with that new activities act.

That being said, Lambert acknowledged he's working on caribou-related issues in British Columbia for the company -- a subject he dealt with when he was at the oil and gas division, as well as previous posts at the ministries of environment and sustainable resources management.

The former bureaucrat said nobody at the ministry "advised me that I had to do anything special" when he left to work for Encana. According to a citizens' services ministry spokesperson, that's because the government only puts post-employment restrictions on those who hold the rank of assistant deputy minister or higher -- a title just above where Lambert was in the civil service hierarchy.

Two others who took similar paths

That puts Lambert in the same position as Apache Canada Inc. senior government affairs advisor Natalie Poole-Moffatt who, until May, was the top aide to the minister of energy, mines and petroleum resources.

As a political staffer, there was no requirement for her to wait a year before working for a company she had "substantial involvement" with during the "year immediately preceding" the end of her employment with the province. That requirement, however, did apply to Gordon Goodman, the former head of the province's oil and gas division.

Yet, on April 16, the assistant deputy minister left to join EOG Resources Inc. -- one of many companies he had approved royalty reductions for -- with the province's blessing. That happened after Goodman contacted the public service agency "to ensure he was not in conflict regarding government's post-employment restrictions."

But the citizens' services ministry won't explain why it concluded there was no conflict.

All three individuals are bound by "confidentiality requirements" that continue even after they're off the province's payroll. And, in Poole-Moffatt's case, she reached an agreement to have no professional contact with ministry officials or the minister's office for a period of one year.

Nevertheless, all of this has left New Democrat MLA John Horgan troubled.

"There appears to be an exodus away from the Ministry of Energy, Mines and Petroleum to the private sector. That movement is appropriate for the individuals. But it puts in question the separation between the public and the private sector when it comes to oil and gas development in B.C.," Horgan said.

"It's about time [Energy, Mines and Petroleum Resources Minister] Bill Bennett took hold of this issue and gave the public some assurance that people on the public payroll are not being provided an easy landing pad in the private sector after putting in place regulations that may benefit those interests."

When contacted by Public Eye, Encana didn't have a comment on Lambert's work in government. As for the issue of him moving directly from the public to the private sector, company media relations vice president Alan Boras stated, "what you're referring to is a matter of political-public policy decision in British Columbia which we wouldn't engage in."

"And it's our understanding that Mr. Lambert is eligible to work here and is in compliance with the post-employment restrictions for senior management in the B.C. public service. As you noted, his position is not captured by those."