The provincial government has been pushing California to count the electricity generated by British Columbia's independent run-of-the-river power projects as renewable energy -- allowing it be sold at a premium to the state's electric utilities. 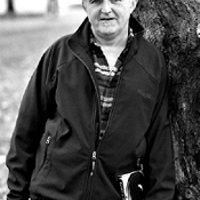 But, after visiting California lawmakers last month as part of government-led delegation, the executive director of the industry association representing independent power producers acknowledged that likely won't happen in the short-term, although he still is holding out hope for the long-term.

At issue is California's so-called renewable portfolio standards. Those standards, which were first introduced in 2002, require the state's electric utilities -- such as Pacific Gas and Electric Co. -- to use renewable sources for 20 per cent of their retail sales by 2020.

The standards also established rules for what counts and what doesn't count as renewable power -- which, according to the province, can be sold at a price that's up to 200 per cent higher than non-renewable power on the spot market.

In the doesn't category: hydro projects that produce more than 30 megawatts of electricity and -- in the case of facilities in operation after Jan. 1, 2006 -- change a river's flow or have an adverse impact on its instream beneficial uses.

A government spokesperson stated the ministry of energy, mines and petroleum resources hasn't analyzed which of the province's independent power projects would meet that standard.

However, Pacific Gas and Electric released a renewable power study on June 20, 2008 which states "BC ROR Hydro facilities will not meet any of these criteria."

And that likely explains why the government has been trying to convince the California government, along with Pacific Gas and Electric, to loosen those standards.

PG&E wants to build a high-voltage transmission line costing an estimated $4 to $7 billion to tap into the province's renewable energy -- which, in its opinion, should include run-of-the-river power projects.

During testimony last year before the state assembly's select committee on renewable energy, the firm's energy procurement senior vice-president Fong Wan argued in favour of such a change by pointing out British Columbia has a "population that demands nothing less than stringent environmental protection."

Joining him to make that point was the then head of the province's environmental assessment office Robin Junger -- who has since been appointed the deputy minister of energy, mines and petroleum resources. But their testimony didn't seem to sway California lawmakers.

So Junger was back-talking to them last month as the leader of a six-person delegation whose members included Donald McInnes, the vice-chairman and president of the province's highest-profile independent power producer Plutonic Power Corporation Inc.

A spokesperson for Plutonic was unable to say why McInnes was the only independent power producer executive on the trip, according a delegate list obtained Public Eye.

For its part, the government didn't respond to that question. But Independent Power Producers Association of BC executive director Paul Kariya -- who was also part of that delegation -- speculated it might be because Plutonic is developing both run-of-the-river and wind projects.

As for what happened during that trip, Kariya said he and his colleagues had four meetings with state senators and assembly members, their staffers and environmentalists.

He said the delegation was "well-received" during those meetings, but added the chances of changing California's renewable portfolio standards is "pretty slim" in the "short-term."   Kariya was reluctant to provide more details because he didn't want to jeopardize British Columbia's lobbying effort.

But he did suggest California's term-limits could mean the province will, in the future, be dealing with different politicians who are more receptive to such a change.

"Folks are privately quite positive but also candid privately and saying, 'We're going to have to maybe play this for another day.'"

"Meaning you might not get what you want in the short-term. You play for the long-term, you will be playing with a whole set of different players" -- and a whole different set of conditions.

"There is a heavy, heavy dose of protectionism that one can really appreciate south of the border given their economic woes. I'm not saying those will go away. But as soon as other pressures -- like the price on carbon and that -- kicks in, some of that stuff changes," he continued, adding the delegation also urged California lawmakers to bring down some of the state's other barriers to importing out-of-state renewable power.

But California Hydropower Reform Coalition director Keith Nakatani, one of the environmentalists who met with the delegation, has a different perspective.

In an interview with Public Eye, he said, "The main question is why should California weaken its environmental standards to accommodate what the British Columbia government wants?"

Citing the concerns surrounding run-of-the-river power projects, Nakatani said such a change "would result in extensive environmental damage in B.C., which would also then weaken California's reputation as the United States's leader in environmental protection all for the benefit of one California company."