Many British Columbians watching the oil spill in the Gulf of Mexico are wondering what safeguards are in place to ensure such a disaster does not happen here. What they don't know is that the federal government recently made sweeping changes to the primary advisory panel put in place to ensure that a major oil spill does not occur on the B.C. coast. 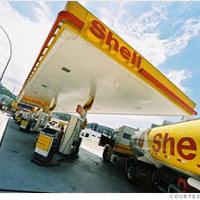 Those changes have weakened the panel's power to prevent a disaster, according to one current member, as well as other sources interviewed by The Tyee.

The Pacific Regional Advisory Council on Oil Spill Response (Pacific RAC) is one of six such bodies nation-wide that was brought in after the Exxon Valdez spill in 1989. These are independent panels are composed of local experts and mandated under the Canada Shipping Act to advise the federal minister of transport on:

"-- an adequate level of oil spill preparedness and response in each region; and

"-- to promote public awareness and understanding of issues and measures with respect to preparedness."

The need for such oversight would seem a given, as the B.C. government led by Premier Gordon Campbell has supported opening the coast to offshore oil drilling as well as new pipelines connecting the tar sands in Alberta with B.C ports, any of which would result in more tankers traveling up and down this province's coastline.

Yet by the time television pictures of an oil-slicked Gulf of Mexico reached British Columbians, the very advisory board mandated to watchdog marine oil safety and communicate with the public had seen many of its veteran experts dismissed, and its resources and responsibilities clipped.

Late last year, Transport Canada unexpectedly replaced five of the seven members, and required incoming members to sign a "Letter of Expectation" (available below) that limited their meetings to only two per year "unless pre-approved by the Regional Transport Canada Office."

In previous years, the group met numerous times annually and reportedly had difficulty keeping up with their growing workload.

This leash-shortening, sources say, wasn't the only action by the Harper government that many of the past and present Pacific RAC members found troubling.

The members also wondered why, given their mandate and expertise, they had been denied access to drafts of changes to marine oil safety regulations they've known are in the works in Ottawa.

And this volunteer panel of experts were flummoxed when denied even a modest travel budget to engage communities about increased tanker traffic on the B.C. coast.

'Burr in the saddle for Transport Canada'

Stafford Reid is a current member of the Pacific RAC with 20 years of experience in marine vessel risk assessment and spill response preparedness. He served for 17 years as an emergency planning specialist for the B.C. government and attended many of the RAC meetings prior to himself being appointed last year.

While Reid stresses that he does not speak on behalf of the group, he feels personally that the considerable expertise of the committee is not being fully used or appreciated by Ottawa.

"There's no question that there's talent on the RAC. That's one the big reasons that I'm there... Here you've got this talented group who's using up their professional time and passionate about protecting the coast and making sure that it's win-win for industry as well as the environment. Yet you've got only two meetings a year and no budget?"

Why does he think that Ottawa is now reining in this formerly independent body and turfing long-time members?

"It appears to be a burr in the saddle for Transport Canada," said Reid, who believes that Ottawa made the move in reaction to the committee becoming more insistent on engaging the public as per their mandate. "It's quite clear that they're not going to give it a budget, they're not going to allow you to have more meetings, and they didn't want to hear anybody howling so they got rid of most of the members."

Reid believes that other jurisdictions have recognized that vigilance around tanker traffic requires public engagement and transparency, something that is not happening here.

"You've got to have industry, citizens and government working together," Reid told The Tyee, "and they're not."

Analogous advisory groups to the RAC in Alaska enjoy vastly more resources and seemingly less outside meddling. The Prince William Sound Regional Citizens' Advisory Council (PWSRCAC) has an annual budget of $2.8 million that is provided by the oil industry through an arm's length legal contract.

Their 20 board members represent virtually all stakeholder groups, including from commercial fishermen, First Nations, environmental groups, local communities, tourism, industry and business. They are elected by the community they represent, not appointed (and fired) by Ottawa.

Unlike the Pacific RAC in B.C. that is limited to two half-day meetings per year by the federal department they are ostensibly overseeing, PWSRCAC holds six full day meetings annually with a support staff of 16.

And what do they do with all these resources? PWSRCAC describes their mandate as "an anti-complacency organization. The farther we get from the date of the Exxon spill, the easier it will be for people to forget the impacts of that event. By monitoring, observing, researching, advising, and educating, PWSRCAC helps keep attention focused on safe oil transportation in [Prince William] sound."

In contrast, the expert members on Pacific RAC have seen budget requests of less than $15,000 turned down by Ottawa. Their mandate "to promote public awareness and understanding of issues and measures with respect to preparedness" is hobbled by having no resources to host meetings in communities outside Vancouver.

Transport Canada confirmed that funding for the group is limited to "expenses covered for [members to] travel to official RAC meetings twice a year, subject to Treasury Board Travel Directive."

They also deny that former members were pushed out. "Membership on the RAC is limited to a three-year term and as of last year, those three-year terms had expired," said Jillian Glover, regional communications advisor.

The relative weakness of our oil spill safeguards is also seen in Canadian regulations. While the U.S. has strong laws governing the transport of oil by tanker, Canada is still relying on comparatively vague rules that are now 15 years old.

The requirements for environmental response are currently addressed by the Environmental Response Regulations made pursuant to the Canada Shipping Act, 2001 (CSA 2001) and two supporting Technical Publications: TP 12401 (1995) and TP 12402 (1995).

These documents guide Canada's private-sector Response Organizations on what level of spill response preparedness is required to be certified by the Canadian Coast Guard. The standards stipulate requirement levels for response equipment, training, planning, and exercises for a 10,000 tonne oil spill from a vessel or coastal oil handling facility.

When the Pacific RAC in 2009 asked in writing to review and provide input on draft changes to these important regulations, they were turned down by Minister Baird because they were considered "cabinet confidences." They later learned that an industry-dominated group called the Canadian Marine Advisory Council (CMAC) was instead invited to provide input.

"They wouldn't give them to the RAC until Canada's five Response Organization and CMAC reviews have been completed," recounted Reid. "They actually received a letter back from the minister saying that they were secret. These are absolutely profoundly important standards that will reflect how well prepared the oil industry has to be to prepare for an oil spill."

Reid is not impressed, either with the 1995 regulations still in place or the draft changes now in circulation behind closed doors. "I told them it was a skinny pig in 1995 and now it's just a skinny pig with lipstick. You'd think 15 years later there would be some lessons learned and those response standards deficiencies would be fixed. Instead this appears to be largely administrative repackaging rather than a process of continuous improvement."

Reid is concerned the current regulations are nowhere near adequate to prepare for a major oil spill on the B.C. coast, particularly in light of increased tanker traffic.

"The amount of planning that is required for a response organization in Canada is for a 10,000 tonne spill -- that's one quarter of the Exxon Valdez spill," Reid said. "There was a recent spill of about that volume in Korea -- the Hebie Spirit collision -- and 1.2 million volunteers showed up. With the current level of planning required here, I doubt we could handle a fraction of this number of convergent volunteers."

Reid also wonders how the government or industry can hope to have public buy-in on new oil spill regulations when the review process is not even open to the committee of experts who are charged under federal law with advising the minister, let alone coastal communities or First Nations.

"How can you build public confidence when you send out environmental protection regulations and standards that show up in a little gazetted ad in a newspaper that no one sees?"

The current head of the Pacific RAC, Captain John Lewis acknowledges that more work is needed to raise the profile of the group that is working with far fewer resources than their Alaskan counterparts. "Under the previous president we certainly made ourselves a lot more visible and it is my intent to continue to do that... Many people are not even aware of the RAC."

A common refrain among people close to the issue of tanker traffic is the need for constant vigilance, particularly in places like Canada that have never suffered the consequences of a serious oil spill. Lewis points out that the Exxon Valdez does not even rank in the top 50 oil spills in the world.

"There are some horrendous things that have happened in the world and we are very much determined that we not have anything like that happen here."

The commitment of Lewis and other members of the Pacific RAC is not in question.

What is puzzling is why, at the very moment that tanker traffic is poised to increase on the B.C. coast, Transport Canada has seemingly weakened Pacific RAC's ability to monitor the shaping of key regulations, advise decision makers all the way to the top, and communicate with a worried public haunted by images of the Gulf oil catastrophe.