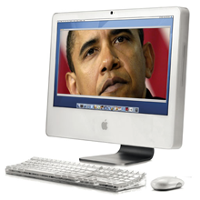 "If they need a majority," the Liberal MP said, "they have to win my riding."

And they will try even harder when the next election comes, a fact that is not lost on Dosanjh's colleagues in the down-on-its-luck Liberal Party of Canada.

"We have a lot of rebuilding to do," Dosanjh told The Tyee, adding that the next election, whenever it comes, is going to be "a very tough campaign."

The twin challenges of rebuilding a decimated party and fighting what looks like an uphill battle in the next election were the subjects of both genteel debate and boozy dispute in Whistler last weekend, as the British Columbia wing of the federal Liberal Party gathered for its biennial convention.

A record storm buried Whistler in early-season snow, and set a chilly backdrop for a provincial convention that marked several low points in the federal party's fortunes.

Nationally, the Liberals fell to 24 per cent in an Ipsos-Reid poll released on Saturday, the lowest point since Ignatieff became leader last December. Those poll numbers reinforced the party's dismal third-place finishes in four byelections only two weeks ago.

In B.C., membership in the federal party fell last year to about 9,000 souls, from a high of more than 70,000 earlier this decade. And B.C. voters returned only five Liberal MPs to Ottawa in last fall's national election. Two of those squeaked back into office by razor-thin margins: Ujjal Dosanjh by 22 votes, and Keith Martin by only 68 votes in Esquimalt-Juan de Fuca.

These facts cast a chill over the Whistler gathering, and fueled heated debates that raged through the barrooms and hospitality suites of the Westin Resort and Spa.

For while party leaders maintained stiff upper lips and spoke of winning back three or four seats in the next federal election -- ridings in Burnaby, Surrey and the North Shore were named among those most likely to return to Grit control -- riding executives and campaign strategists worried privately that the party would be lucky to return even three MPs next time around.

Dosanjh's Fraser River riding, where Chinese-Canadians comprise 45 per cent of the population and Indo-Canadians another 13 per cent, was viewed by many as particularly vulnerable. The Conservative Party has been aggressively courting immigrant voters for the past few years, and those efforts appear to be paying off.

"A lot of Chinese-Canadian voters have left the Liberal Party," said one strategist with experience in Vancouver South. "And they're never coming back."

Ujjal Dosanjh, whose political career has included turns as the federal minister of health as well as premier of British Columbia, assessed his party and his prospects bluntly.

Of the Tories' efforts to defeat him: "You've got to give them credit. They are very well organized."

Dosanjh disagreed with those who argued that the loss of the Chinese-Canadian voters is permanent.

"We lost a significant chunk of the Chinese-Canadian community last time… It happened in Richmond. It happened in Kingsway. It happened in my riding," he said. "I believe that was because Conservatives had been successful in their law-and-order drive."

But Dosanjh does not believe Harper will do as well next time.

"This is a government that paints itself as the law-and-order government, then attacks the RCMP when the RCMP says the long-gun registry is effective," he said.

"I think that game can't last very long," he said. "I believe that if you talk to Canadians -- no matter who they are -- over time, they would understand that this kind of agenda is somewhat vacuous at the end of the day."

He was also not worried by the prime minister's recent visit to India, which included a high-profile stop at the Sikh holy site known as the Golden Temple.

"This prime minister doesn't do anything without politics in mind," Dosanhj said. "For him, going to India wasn't about trade. If it was about trade, he could have done it three years ago."

Dosanjh said he's working hard to retain the riding to which he was appointed by former prime minister Paul Martin in 2004.

"I'm attending as many events as are humanly possible," he said, vowing to "pay more attention to my own riding… instead of doing what I was doing in the previous campaign, carrying a bit of the weight of the provincial campaign."

The Airing of Grievances

At the centre of the stormy convention was Craig Munroe, a lawyer who on Sunday afternoon was reelected as president of the party's B.C. wing.

Munroe has a curious sense of humor. His reelection bumpf read like an X-files poster: "I Believe in Craig Munroe." And when asked about the bickering that seemed to pervade the convention's backrooms, he compared the Liberal Party to a Seinfeld skit.

"It's like the Airing of Grievances at Festivus," he deadpanned.

"Seriously, I'm pleased that in the hospitality suites and whatnot, people are having these discussions," he said.

"During some of the leadership races, people were kind of uncomfortable having those discussions. I like to think that we've now developed an environment where people can talk about their grievances, about candidates they supported or did not support, without worrying that someone is going to say they are disloyal," he explained.

Munroe said the B.C. wing of the party is reinventing itself.

"We retooled for the long Martin-Chrétien leadership wars, and successive ones," he said. "As a result, a lot of the traditional party structure started to wither."

Without the support of those 100 activist members, Munroe said, the party struggled to recruit volunteers.

Munroe said membership has risen to about 11,000 in the past year, and that the type of people joining the party now are more valuable than those who joined to support a leadership candidate.

"These are people who are going to remain engaged," he said.

Likewise, he said the next step is to recruit candidates who will commit for the long-term.

"We need to make long-term investments in some ridings," Monroe said. "We need to recruit quality candidates... and make clear to them that we are not investing in them just for the next election, but for however many elections it takes to get them to Ottawa."

As an example, he named Ross Rebagliati, the controversial 1998 Olympic gold medalist who announced last month he would seek the Liberal Party nomination for the Okanagan-Coquihalla riding held by Minister Stockwell Day.

"Stick around," Munroe quipped. "Later we will convene the Feats of Strength."

The most talked-about person at the Whistler convention was Peter Donolo, who in the week since being named Ignatieff's new chief of staff had completely reorganized the office of the leader of the Opposition.

In snowbound Whistler, the Liberal faithful spoke of the longtime Chrétien advisor as if he were a St. Bernard bounding to their rescue -- preferably with a cask of brandy strapped to his neck.

Donolo politely declined to be interviewed by The Tyee. He is reported to have advised his staff that the media spotlight belongs on Ignatieff and the MPs.

He did speak with several convention attendees, however. According to those who heard him, the two central themes of the Donolo rescue plan are:

1.) Postpone the next election. Donolo has reportedly sent war-room chief Warren Kinsella back to Toronto, and told the election-readiness team to stand down. Party insiders said the Donolo team wants at least a year to prepare for the next election.

2.) Unleash Ignatieff. Donolo has reportedly said that Ignatieff has been too carefully packaged, and too sparingly dispatched. He seeks to give the former television commentator more freedom to be himself, and put him on the road more often.

Toward that end, Ignatieff had spent the day before his convention appearance in Surrey, meeting informally with representatives of the South Asian news media.

In a sign that frustrated Liberal Party faithful may have spent far too much of the last few years watching reruns of The West Wing, the phrase that echoed through the hospitality suites was, "Let Iggy be Iggy."

(Note to future Liberal Party conventioneers: Find a new slogan. This one did not lend itself to pronunciation by the intoxicated.)

'Goals worthy of a great people'

Ignatieff took the stage on Saturday afternoon, and delivered a speech in which sparse policy goals were peppered amidst a barrage of partisan attacks.

"Canada has to find its place in a new world. A world in which fossil fuels are expensive, carbon has a price, brainpower and intellectual property are the drivers of the economy much more than natural resources. And where the markets of the future are in China and India and no longer just in the United States," he continued.

"Canadians are looking for a government with a plan for that future, rather than a government that is constantly scheming about how to win the next election," he said.

Ironically, that was the point at which Ignatieff's speech wandered away from his plan for the future to plod instead through a weary roster of assaults on the Harper record. It was many minutes later before he returned to his declared theme.

"People ask us what we would do differently. Our answer is clear: Fight for new markets, go where the growth is, stand up for Canadian technologies... secure health care and pensions, and above all, invest in learning, so that every child, every new Canadian, every Aboriginal Canadian gets a fair and equal start in this country," he said.

On the environment, he promised to protect "our Boreal forests, our watersheds, our lakes and rivers... and institute a cap-and-trade system to get our carbon emissions down."

On technology, he added, "We've got to hook up every rural and remote community in Canada [to high-speed Internet] so that every region has hope and opportunity."

Ignatieff loosened up for his final pitch.

"Leadership is more than pointing a direction. It means raising the game. It means thinking big," he said, noting that 2017 will mark the 150th anniversary of confederation.

"We must set ourselves the target of being the best-educated, the healthiest, the greenest and the most international society on the planet in 2017."

'Now he has listened to people'

As the weekend wore on -- and the tidbits of advice piled up -- the community-based campaigns of Newton-North Delta MP Sukh Dhaliwal came to look like a more viable path to victory than any reliance on a Big Red Machine.

"In the 2006 election, I was the first Liberal elected since 1949 in that riding," he said. "Last time around, I increased my margin. I was the only Liberal west of Toronto that increased the margin."

Dhaliwal supported Ignatieff's bid to become party leader, and believes he will prevail.

"We have a very strong leader. Now he has listened to people. He's clear in his mind that people do not want an election right away. He's clear that he has some work to do," he said.

"And I'm very clear that I have work to do in my riding as well."