When it comes to digital news media, everything old is new again, which could be why subscription newsletters are booming like it’s the 18th century. Or 1920. Or maybe 1990, when desktop publishing programs turned homemakers into press barons with money-saving newsletters, like the Tightwad Gazette.

This week of January entertainment doldrums is the perfect time to investigate these free offerings filled with news that amuses.

Newsletters were one of the first publications to come off the presses, and some of the early subscription newsletters eventually evolved into ad-supported newspapers. But the newsletter form never quite goes out of style. And every now and then newsletters have a boom, usually when some cheap new technology makes it easy to become a publisher.

But today’s form of personal newsletter isn’t exactly like the newsletters produced by companies or associations. That style of publication sprang up in the early 20th century to fill an information gap that general interest newspapers couldn’t.

And while there are still plenty of high-priced newsletters that offer scarce, valuable information to people willing to pay four figures for it — think of investment newsletters that deliver stock tips and financial advice — the new email newsletter isn’t quite like that either.

It could be said that the modern newsletter author is replacing the blogger by filling the niche for quirky, personality-driven publications. But that’s not the whole story. Although it’s true that since TinyLetter arrived about six years ago, with its free, easy-to-use email template, the scribbling classes have been churning out charmingly eccentric missives for audiences only slightly larger than their group of friends.

But it’s also worth noting that some free newsletters are replacing newspapers for some readers.

The big success story in the personal newsletter biz is The Skimm, run by two young women journalists who began by giving their news-blind pals a sort of cheat sheet for understanding current affairs in 2012. The Skimm is a roundup of the biggest stories in the U.S., with a short explanation of what is going on, and it’s a handy tool for keeping up with American news and politics. (Although as a Canadian I have to admit that some of their explanations for international stories make my eyebrows pop.)

Today The Skimm has four million subscribers, and courtesy of shout-outs from the likes of Stephen Colbert and Oprah, it is evolving into a major news outlet. Last summer they got some big league investors, including media giants like 21st Century Fox, which kicked in $8 million, and the New York Times, which contributed half a million bucks to the booming startup.

In many ways, The Skimm is typical of the long-running newsletters, which frequently begin as side-gigs done by people whose day jobs involve writing and researching. There are plenty of academics, librarians, editors, novelists and business writers churning them out.

American journalist Ann Friedman was one of the first to see the potential of the simple TinyLetter for delivering these free missives. Since 2013 she has been giving her fans a weekly roundup of links to what she’s reading, along with animated gifs — which are a thrill for people who like animated gifs. Personally, I hate them; they make me seasick. But for some reason half the digital newsletter publishers seem to love a good gif, so I find something to cover the annoying, twitchy photos as I read.

Caitlin Dewey, a culture writer with the Washington Post, also does regular roundups of the interesting stuff she finds online in her “Links I Would Gchat You If We Were Friends.” Although the weekly newsletter has been on hiatus through December, her archive is worth a look.

Since many newspapers have replaced feature writing — including arts coverage and lifestyle reporting — with content marketing, a lot of newsletters seem to be filling the cultural coverage gap.

Brain Pickings — a dreadful name for a thoughtful newsletter — began as a blog, and while Maria Popova still posts everything on her site, it’s far more convenient to get her musings by email. Her essay on Leonard Cohen’s take on democracy and redemption, following his death earlier this month, was one of the most interesting pieces written about him.

Some of the most charming newsletters serve audiences interested in what amounts to shop talk. I subscribe to one about dust, called Disturbances. It’s essays by a British writer who studied cultural geography and did her MA on dust and its impact on the world. Since I once wrote a lot about housework, including a piece about the seductive nature of housekeeping for The Tyee, someone tipped me to it.

It comes out irregularly, and I’m always thrilled to find it in my email, because, really, where else would I get a steady supply of dust discussions? It’s typical of the personal newsletter trend, which allows one writer to share some weird obsession with a small circle of like-minded folks. Still, I think her latest essay about Le Corbusier and modern architecture’s war on dust, might appeal to a general audience.

Because newsletters are the place where writers and readers can share what might politely be called niche interests, the good ones are hard to find. And by good by I mean the ones that are weirdly attuned to whatever interests you. 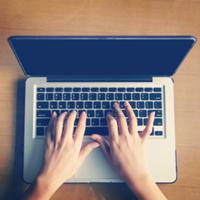 Unfortunately, there’s no directory of these kinds of newsletters, but part of the fun of finding the smaller ones is the serendipity of it all. I discovered the pop culture newsletter Two Bossy Dames — written by a pair of librarians obsessed with the musical Hamilton — courtesy of a shout-out on the podcast Pop Culture Happy Hour.

One of my favourite things is TinyLetter’s own newsletter discovery service, called “TinyLetter Forwards.” Subscribe, and every two weeks you’ll find something new and surprising in your email. The range of content alone is fascinating — a recent one had a piece on a 1920s bush pilot. It’s not my thing, but I find it strangely reassuring to know that there’s someone out there keeping an eye on bush pilot history, because you never know when it might be important for us all to know about that.

The random newsletter drop reminds me of reading magazines in a doctor’s office 30 years ago. It broadened my perspective as I found all sorts of things I wouldn’t have seen otherwise. And every now and then I found something wonderful.

Courtesy of the forward, I just discovered “So Far, I’ve Had No Complaints,” a terrific roundup of British article links coupled with sharp observations by Caroline Crampton, an editor with the New Statesman magazine in the U.K.

A couple of years ago, Wired magazine wrote a thoughtful piece arguing that this new wave of personal newsletters delivered via Tinyletter was the antidote to Facebook’s worst failings. Unlike FB, TinyLetter is simple to use and it doesn’t scrape data or otherwise exploit users. And it doesn’t subject them to that obnoxious advertising masquerading as news, otherwise known as the sponsored post.

All of which is true. But one of the biggest advantages of newsletters is that they offer what a lot of critics describe as intimacy, although I would call the tone of them quiet. They’re a respite from the noisy, cluttered world of online media, in which people seem to be either squabbling, or promoting themselves, or trying to do both simultaneously.

So as the January tsunami of year-in-review articles coupled with Christmas bills hits your senses all at once, take some time to investigate the quirky world of free newsletters. You’ll come back refreshed, solvent, and with an unexpected appreciation for some new, surprisingly interesting thing that will delight you all year long.