With one week still remaining in the federal telecommunications regulator's hearing focused on the state of internet access in Canada, the process has taken a surprising turn that ultimately cries out for leadership from Navdeep Bains, the minister of innovation, science, and economic development. 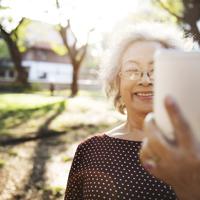 Jean-Pierre Blais, chair of the Canadian Radio-television and Telecommunications Commission (CRTC), opened the hearing two weeks ago with a warning: even if an ideal speed target could be identified, there was no guarantee of regulatory action. Blais urged participants not to confuse "wants" with "needs," a framing that suggested the goal of the hearing was to identify the bare minimum internet service required by Canadians.

The remarks attracted immediate headlines that the Commission would not guarantee basic internet speeds. The CRTC insists that only comments on the public record count, but it is obvious that the commissioners pay close attention to media commentary and social media postings. Within hours of the first media report, Blais jokingly told one communications law professor that his class might consider analyzing how his remarks were turned into those headlines. In fact, the fixation with press coverage continued later in the week as Blais referenced "editorialists who never show up at our hearings but apparently have very strong views."

The press and public coverage of the hearing -- which unsurprisingly focused on the CRTC's seeming reluctance to adopt ambitious forward-looking targets for universal internet access -- may have led to an unexpected abrupt shift in tone and policy. Days after the "needs" and "wants" talk, Blais offered a second set of remarks, this time describing the vital importance of Internet access as "self-evident" and characterizing the hearing as "a chance to create together a coherent national broadband strategy."

The decision to change the focus of the hearing more than a year after submissions began may be unusual, but the CRTC is right. Canada desperately needs a national digital strategy with universal, affordable broadband as its foundation. However, whether the Commission is the right body to lead such a strategy is an entirely different matter.

A strategy focused on universal, affordable access raises two key questions. First, what are the minimum targets for download and upload speeds? Second, who will pay for the creation of universally available networks that guarantee access at whatever target speed?

Some of the major telecommunications companies have been urging the CRTC to adopt a "5 and 1" approach representing 5 Mbps download and 1 Mbps upload. They claim those speeds are sufficient to allow for the use of many internet applications including online video and internet telephony (though the ability for multiple people in a single household to use these services simultaneously is in doubt).

Yet a national broadband strategy must surely go beyond the bare minimum and the applications of today. Multiple users, video-based education programs, tele-health, virtual community meetings, interactive entertainment, 3D printing, and numerous Internet-enabled devices are more than just wants. They are the future of broadband for many Canadians and the reason why a country focused on innovation cannot be content with painfully slow, expensive internet access.

A realistic target also requires realistic funding. The CRTC has a relatively small pot of money available and it may be limited to shifting dollars from conventional telephone contributions to the internet. That approach is unlikely to yield the necessary investment to create a true 21st century digital infrastructure.

There is a role to play for Canada's telecommunications regulator, but it cannot replace a long-overdue internet infrastructure commitment from the federal government. The Liberal government emphasized infrastructure investment in its 2016 budget, but allocated relatively little to the digital side of the ledger. If anything is self-evident, it is that federal government leadership on broadband funding and policies that encourage greater competition is a need, not a want.