The ongoing financial struggles of Canadian businesses that have traditionally delivered the news -- particularly newspapers and local broadcasters -- have generated considerable discussion and consternation over the past month. With significant layoffs, newspaper closures, and testimony before Canada's broadcast regulator that the cost of delivering local news is unsustainable, there have been mounting calls for new funding programs, studies or other measures to address the issue. 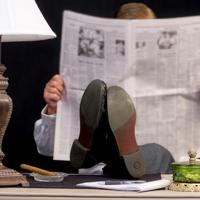 Seeking a Villain for Postmedia's Crisis? Try the Competition Bureau

Much of the commentary emphasizes the critical link between a strong, independent media and holding governments at all levels to account for their actions. While there is little debate over the essential role of journalism, the tougher question is whether emerging digital alternatives can provide an effective substitute.

Many of the digital sources are still relatively young, but the combination of low entry barriers, the reach into new audiences, and innovative business models from new and established players suggest that it can.

The problems facing newspapers and local broadcasters are well chronicled. The aggregation of disparate information ranging from news to movie listings holds less appeal when the public has easy online access to each of the component parts. Important sources of income such as classified advertising dried up years ago in the face of free online alternatives, internet advertising has grown dramatically and is expected to account for nearly half of all advertising revenues within a few years, and readership has gone digital, with many relying on their social networks to identify news or videos of interest.

Some have blamed the CBC, arguing that its digital platforms make it difficult for paywalled services to compete. Yet sources of digital competition extend far beyond just the CBC and stopping the public broadcaster from offering digital alternatives amounts to rendering it irrelevant in the digital age. Others have called for new government studies or funding programs, though the challenges associated with creating state-backed media have not been fully addressed.

The really difficult issue may not be how to fix a troubled sector -- the experimentation ranging from innovative tablet editions to different subscription, funding, and advertising models will mean some adapt and some fail -- but rather whether new government policies or regulation are needed at all.

Political news coverage is often viewed as the most critical in holding governments to account. Some have pointed to the regional decline of membership in the Parliamentary Press Gallery as evidence of the crisis, but it is more instructive to see how many new, digital-only organizations are investing in original political reportage.

The current gallery membership list includes newcomers such as Buzzfeed, The Huffington Post, The Tyee, Rabble and VICE. Moreover, there are a host of experienced freelance journalists whose work appears in many venues alongside specialty digital publications such as iPolitics, Blacklock's Reporter, and the Wire Report.

The work of journalists at these publications -- along with niche print sources and experts who blog or write independently -- offers the chance to reach different audiences and to cover specialized issues in greater depth than is often found in larger newspapers that emphasize big picture concerns.

Local and regional reporting is also undergoing a significant transformation. Torontoist and AllNovaScotia are just some of the dozens of local, online publications that have used low entry barriers and cheap digital distribution to stake out their place in the media landscape. These local alternatives supplement national sources such as the National Observer and theRebel.com that offer political perspectives from both ends of the spectrum.

Those lamenting the decline of local broadcast news coverage need only look at the ratings to recognize that the shrinking audiences suggest diminishing interest in news delivered in that format. Online video offers cheaper distribution models that may lack some of the production qualities of conventional television but the chance for a more diverse audience at a fraction of the cost.

The uncertainty associated with digital models, the loss of jobs, and the future of some of Canada's best-known media organizations unsurprisingly elicits sadness, apprehension, and concern. However, the emergence of new voices and the innovative approaches at older ones point to the likelihood that journalism is neither dead nor dying.