Cities across the country have long emphasized the importance to the local economy of creating innovation hubs. There are different roads toward that goal, however, as shown by competing submissions from the mayors of Toronto and Calgary in a high-stakes battle over the future of broadband internet services. Toronto Mayor John Tory (joined by Ottawa Mayor Jim Watson) sided with large telecom companies, while Calgary Mayor Naheed Nenshi emphasized the importance of open networks and more robust competition. 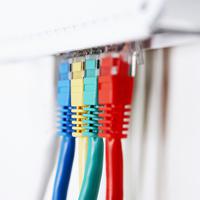 The submissions stem from a crucial ruling issued by Canada's telecom regulator in July. Hoping to foster a more competitive market and having used various "open access" policy measures to give independent internet providers a chance to compete in the internet services market, the Canadian Radio-television and Telecommunications Commission (CRTC) decided to extend those rules to fast fibre connection services.

The upshot of the ruling was that companies such as Bell would be required to share their infrastructure with other carriers on a wholesale basis. The companies would enjoy a profit on those wholesale connections, but the increased competition would facilitate better services, pricing, and consumer choice. Indeed, the policy approach is similar to the one used for slower DSL broadband connections that has been instrumental in creating a small but active independent ISP community that serves hundreds of thousands of Canadians.

Months later, Bell filed a cabinet appeal over the decision, asking the new Liberal government to overrule the CRTC. Industry Canada recently posted the comments from interested stakeholders and in the process revealed a fascinating split on the issue.

On one side, Bell garnered support from large business groups and technology companies such as Cisco and Blackberry. Those companies have strong business relationships and were unsurprisingly willing to support Bell's position. On the other side, consumer groups, independent Internet providers, some cable providers, and the Canadian Federation of Independent Business lined up in support of the CRTC decision, emphasizing the benefits of a more competitive market.

While the corporate divide was to be expected (most corporate submissions supporting Bell used similar language and some even copied Bell executives), the more interesting difference arose from submissions from several large Canadian cities.

Toronto and Ottawa both submitted brief letters expressing support for Bell's position. The two-page letters both cite planned Bell investments in the cities and express fear that the CRTC ruling might delay company plans. Tory, a former Rogers executive, says that Bell deserves to be treated fairly, but does not explain how the implementation of a policy designed to create more competition for his constituents represents unfair treatment.

By contrast, Calgary submitted a 28-page document supporting the CRTC ruling and explaining why increased competition was good for the city and consumers. Addressing issues seemingly ignored by Toronto and Ottawa, Nenshi noted that without some form of network access for competitors, there would invariably be challenges to grant all providers the necessary municipal infrastructure to construct their networks. Given limited capacity of municipal right of ways, the market might be limited to a few large competitors.

Moreover, Calgary focused on the need for cities to build their own network infrastructure to complement the services offered by the telecom giants. It noted the public interest benefits that arise from building municipal networks, which offer the chance for more competition and ensure that cities are not held hostage by large companies threatening to delay or withdraw network investments.

Calgary also reminded the government that companies like Bell have long enjoyed benefits from public funding, protection from competition, and access to municipal infrastructure. While the new fibre connections do not rely on legacy infrastructure, their powerful market positions are directly linked to those earlier privileged positions.

The federal government decision on the appeal may be months away, but the competing submissions paint dramatically different pictures of how Canadian cities are addressing the critical need for affordable high-speed internet services.

It suggests that Toronto and Ottawa are seemingly content to wait for the large telecom companies to install new networks and have no problem with the higher consumer and business costs that reduced competition would bring. Calgary, meanwhile, is actively building competitive networks, monitoring municipal developments around the world, and promoting a more open, competitive environment. All the mayors claim their cities are working to become leading hubs of innovation, yet only one seems to be doing much about it.