The Trudeau government has thus far said very little about its plans for future digital and copyright policy reform. There were few references in its election platform and the ministerial mandate letters that identify immediate policy priorities did not speak to the issue. 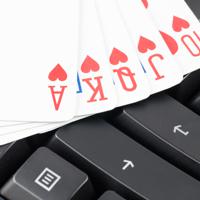 According to ministerial briefing documents recently released by the government, Canadian Heritage officials have told new minister Mélanie Joly that emerging issues may include targeting the use of virtual private networks and website blocking. The comments can be found in a departmental briefing for Joly on copyright policy, which includes a discussion titled "what's next" for copyright.

The document identifies three issues, each likely to be controversial.

The first involves the use of virtual private networks (VPN) for copyright infringing purposes. VPNs are widely used in corporate environments to ensure secure communications and by a growing number of individual internet users seeking technological tools to better safeguard their online privacy.

The same technologies can be used to hide infringing activity, however. Those activities raise genuine issues, though the prospect of targeting the technology itself would quickly generate robust opposition from those who rely on VPNs for a myriad of legitimate purposes.

Officials point to "hybrid legal/illegal offer of online content" as another emerging issue. The reference to hybrid offering may be a reference to those accessing U.S. Netflix, which is a legal service, but raises concerns when a non-U.S. subscriber accesses content that is not licensed in their country. The popularity of accessing U.S. Netflix attracted considerable attention earlier this year when a Bell Media executive said that that Canadians who access the U.S. version of Netflix are stealing.

If officials are considering legislative reforms, that may confirm what most legal experts have long maintained: claims that current copyright law prohibits subscriber access to U.S. Netflix is very weak. There is a possible argument that subscribers violate new rules against circumventing technological protection measures (better known as digital locks), but without any damages and with Netflix needed to enforce its rights against its own customers, there is no real prospect of legal action.

Much like new legal rules for VPN use, new laws on accessing foreign streaming services would be complicated and difficult to enforce. With millions of Canadian Netflix users, there is no possibility of targeting individuals. The only real possibility is take action against the streaming services themselves. Canada already has tough laws targeting websites that enable infringement, but so-called hybrid services are a business issue for rights holders rather than a matter for copyright reform.

If targeting VPNs and U.S. Netflix were not enough, department officials also focus on website blocking, stating that "internet service provider blocking of illegal sites hosted outside Canada" is an emerging issue.

As recently highlighted in the context of Quebec's plans to require blocking of unlicensed online gambling sites, mandating website blocking raises serious legal concerns including who determines whether a site is "illegal," how to force internet providers to block access to foreign sites, and how to address the inevitable constitutional concerns over government-backed blocking requirements. Indeed, the prospect of considering expanded blocking for copyright purposes validates the fears of civil liberties groups that the introduction of blocking requirements invariably expands to cover a wider net of content.

Canadian copyright was already on track for a boisterous debate in the coming years with changes such as copyright term extension mandated by the Trans Pacific Partnership and a review of the law scheduled for 2017. If government officials envision adding VPN usage, access to U.S. Netflix, and website blocking to the list of issues, copyright could emerge as one of the government's most difficult and controversial issues.