The official release of the Trans Pacific Partnership (TPP), a global trade agreement between 12 countries including Canada, the United States, and Japan, has sparked a heated public debate over the merits of the deal. Leading the opposition is Research in Motion mogul Jim Balsillie, who has described the TPP as one of Canada's worst-ever policy moves that could cost the country billions of dollars. 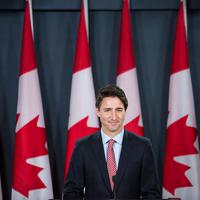 As Canadians assess the 6,000-page agreement, the implications for digital policies such as copyright and privacy should command considerable attention. On those fronts, the agreement appears to be a major failure. Canadian negotiators adopted a defensive strategy by seeking to maintain existing national laws and doing little to extend Canadian policies to other countries. The result is a deal that the U.S. has rightly promoted as "Made in America."

In fact, even the attempts to preserve Canadian law were unsuccessful. The TPP will require several important changes to domestic copyright rules including an extension in the term of copyright that will keep works out of the public domain for an additional 20 years. New Zealand, which faces a similar requirement, has estimated that the extension alone will cost its economy NZ$55 million per year. The Canadian cost is undoubtedly far higher.

In addition to term extension, Canada is required to add new criminal provisions to its digital lock rules and to provide the U.S. with confidential reports every six months on efforts to stop the entry of counterfeit products into the country.

While these are all changes that reflect U.S. standards, there was little effort to promote some of Canada's more innovative copyright policies in the agreement. The U.S. has allowed Canada to keep its "notice-and-notice" policy for Internet providers, but on the condition that no other TPP country may adopt it. Meanwhile, Canadian policies that promote user-generated content, limit statutory damages, or establish consumer exceptions are all missing from TPP.

The absence of Canadian policies in the agreement is also reflected in the privacy and e-commerce provisions. Canada features national privacy laws, but the TPP allows countries to meet the privacy requirements with enforceable "voluntary undertakings," a nod to the weaker U.S. approach. Similarly, Canadian net neutrality regulations and anti-spam rules cannot be found in the TPP, which instead features watered-down versions of each.

The TPP also bans certain digital protections that may come back to haunt Canadian policy makers. For example, it restricts legislative initiatives that require storage of personal information in Canada or that limit data transfers outside the country. It also creates a ban on rules requiring the disclosure of software source code found in mass-market products, a provision that has cyber-security experts and consumer advocates concerned about the implications for detecting harmful software or products that fail to comply with consumer protection or environmental standards (such as Volkswagen's emissions violations).

The agreement even reverses the longstanding Canadian hands-off approach to the Internet. While Canada has previously rejected regulation of the domain name system, the TPP mandates domain name registrant information disclosure requirements and intellectual property protections for each country-code domain, a remarkable intervention into Internet policy.

Failure to fully comply with the agreement would subject the Canadian government to potential lawsuits under the TPP's investor-state dispute settlement rules. With Canada already facing a $500 million lawsuit from Eli Lilly over its patent rules, the TPP could usher in a wave of claims focused on challenges to flexible copyright rules, privacy protections, and net neutrality regulations.

Proponents of the TPP will likely point to gains in other areas to justify support for the deal. Yet digital policies form the backbone of the innovation economy, which may be hamstrung by an agreement that does little to advance Canadian law and policy.