Bell Media president Mary Ann Turcke sparked an uproar last week when she told a telecom conference that Canadians who use virtual private networks (VPNs) to access the U.S. version of Netflix are stealing. Turcke is not the first Canadian broadcast executive to raise the issue -- her predecessor Kevin Crull and Rogers executive David Purdy expressed similar frustration with VPN use earlier this year -- but her characterization of paying customers as thieves was bound to garner attention. 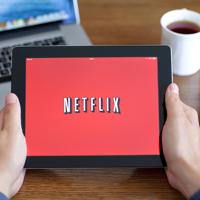 Return of the Netflix Tax?

Turcke's comments provide evidence of the mounting frustration among Canadian broadcasters over Netflix's remarkable popularity in Canada. Netflix launched in Canada less than five years ago, yet reports indicate that it now counts 40 per cent of English-speaking Canadians as subscribers. By contrast, Bell started its Mobile TV service within weeks of the Netflix launch, but today has less than half the number of subscribers.

While Canadian broadcasters may be unhappy with subscribers that access the U.S. service, the problem is primarily a competitive issue, not a legal one. Some estimate that 25 per cent of Canadian subscribers have used a VPN to access Netflix. That means 75 per cent of subscribers -- millions of Canadians -- are content with the Canadian service that offers the largest Netflix library of content outside of the U.S.

Enforcement up to Netflix

Turcke's claim that the minority of Canadian subscribers who access U.S. Netflix through VPNs are "stealing" simply does not withstand legal scrutiny. Those subscribers might be breaching the Netflix terms and conditions, but that is not breaking the law.

Similarly, arguments that the subscribers violate copyright law are very weak. There might be a claim that subscribers circumvent geographic restrictions (thereby violating new rules against circumventing technological protection measures), but there are no damages involved and it is up to Netflix to enforce its rights to counter the circumvention. Since there is no chance the company will sue its customers, the focus on legal remedies is misplaced.

Bell's insistence that VPN usage creates a problem is not very convincing. Under the current system, consumers pay for content, Netflix is paid for its service, and Netflix compensates creators in multi-million dollar licensing deals. If content owners were seriously concerned with VPN usage, they could simply refuse to license their content to Netflix until it cracked down on the practice.

Moreover, Bell and Netflix employ different business models (Bell's CraveTV requires a broadcast subscription) and feature little overlap in content. Given the differences, Canadians accessing U.S. Netflix are not doing so to access content that is otherwise available on Bell's service.

Bell's emphasis on VPNs also fails to acknowledge that the technology has multiple uses. Privacy protection is among the most important uses, since VPNs allow users to conduct secure communications away from the prying eyes of widespread government surveillance. Bell's comments may leave some Internet users thinking that VPNs are "socially unacceptable" when precisely the opposite is true.

The Privacy Commissioner of Canada ruled against its targeted advertising program, which the company subsequently dropped. Meanwhile, the Canadian Radio-television and Telecommunications Commission implemented vertical integration safeguards to prevent market abuse, ruled that Bell's Mobile TV service violated the law, and ordered broadcast distributors to offer channels on a pick-and-pay basis. That is likely to spell the demise of some of Bell's highly profitable, but little watched channels that benefit from favourable bundling.

The reality is that Netflix is increasingly licensing content on a global basis, particularly with its investment in original shows such as House of Cards and Daredevil. As its global library grows, consumer interest in VPNs will further subside, leaving Canadian broadcasters with one less excuse to explain why subscribers are jumping to competitors.