Canada's business community has mobilized in recent weeks to call on the government to adopt a more aggressive, engaged approach with respect to the biggest trade negotiations on the planet -- the Trans-Pacific Partnership agreement. The TPP involves 12 countries including the United States, Australia, Mexico, Malaysia, Singapore, New Zealand, Vietnam, Brunei, Japan, Peru and Chile. 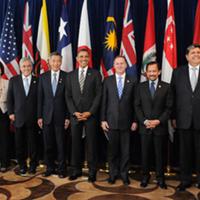 Negotiators insist that progress is being made, but some in the business community are concerned that Canada may be left out of the deal unless it makes significant concessions on market access (including the dismantling of supply management in several agricultural sectors), restrictive intellectual property protections, and investor-state dispute settlement rules that allow companies to sue governments and potentially trump national courts.

The U.S. has been pressuring other countries to rapidly conclude a deal, though without "trade promotion authority" -- which effectively locks it into a final agreement by removing the ability for Congress to modify the deal after others have signed on -- the remaining countries are wary of revealing their best offer. Negotiations last week in Guam made only limited progress and a final meeting of government ministers has yet to be scheduled.

Delays will likely mean that Canadian business groups will continue to urge negotiators to move full steam ahead, but there are good reasons for caution.

Much of the business case focuses on concerns that failing to join the TPP will leave Canada out of a major trading block. Yet the reality is that Canada already has free trade agreements with nearly half of the TPP countries, including the U.S., Mexico, Chile, Peru and South Korea. Moreover, Canada has engaged in free trade agreement negotiations with Japan and Singapore.

Free trade agreements with the likes of Brunei and Malaysia might provide some modest benefits to Canadian businesses, but Canadian trade interests are already well-covered within much of the TPP community. Indeed, the costs of the TPP are a steep price to pay given the incremental gains that come from free trade access to a handful of additional countries.

The TPP cheerleading from business groups is somewhat puzzling given that the full text of the deal remains shrouded in secrecy. In other words, business groups are advocating for a deal they haven't actually read or seen.

The concern is not just that the public has not had the chance to read the fine print of a deal that will affect every aspect of the Canadian economy. Rather, it is that the lack of transparency associated with the TPP virtually guarantees that it will be presented to Canadians on a "take it or leave it" basis with no informed public discussion or advance debate about the substantive terms.

Where elements of the agreement have become public through a series of high-profile leaks, there has been ample reason for concern. The investor-state dispute settlement provisions could lead to a proliferation of lawsuits against the Canadian government by companies.

For example, pharmaceutical giant Eli Lilly is suing Canada for hundreds of millions in damages due to Canadian patent law. The cost to the health care system of an expanded investor lawsuit system could be enormous as claims from other pharmaceutical companies could soon follow.

Similarly, leaked versions of TPP intellectual property text point to the extension of the term of copyright, which would mean that no new Canadian works enter the public domain for decades. Moreover, e-commerce rules may block countries from enacting domestic privacy protections that mandate that personal information be stored locally.

In short, the TPP hype doesn't meet the reality. The new market access to a few countries comes at a significant cost, suggesting that Canadians should be skeptical about big claims on the still-secret deal.