The abrupt end of the Sun News Network -- its owners pulled the plug on the all-news channel without warning earlier this month -- sparked considerable commentary, with many lamenting the lost jobs, others examining the quality of the content, and some celebrating the end of a service that was controversial from the moment it launched. Largely left unsaid, however, is that its demise signals the beginning of a new era in Canadian broadcasting in which services are allowed to fail rather than being propped up through regulatory or government support. 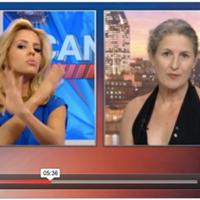 The Canadian broadcasting system has long been shielded from market forces through a broad array of regulations that offer both financial compensation and marketplace protection. Those rules have been a boon to broadcasters, who have seen some services succeed with limited viewers and original content.

Mandatory carriage is the best-known support mechanism. The regulatory equivalent of a winning lottery ticket, inclusion on the list of "must carry" services guarantees subscription payments from all cable and satellite subscribers. The Sun News Network applied for mandatory carriage, but the Canadian Radio-television and Telecommunications Commission rejected its request along with virtually all other applications for the privileged status.

While must-carry status has long been the most direct path toward broadcast revenues, the government and the CRTC wield a much larger regulatory toolbox. Conventional broadcasters benefit from simultaneous substitution, a regulatory policy which allows them to substitute U.S. signals with the Canadian version -- including ads -- when the same program airs at the same time in both countries. The CRTC recently announced plans to ban "sim-sub" from the Super Bowl, but decided to retain it for other broadcasts after concluding that it generates $250 million in revenue per year for the Canadian system.

Until recently, those same broadcasters also benefited from the Local Programming Improvement Fund, which the CRTC created in 2008 to assist local broadcasters. The LPIF resulted in a 1.5 per cent surcharge on consumer cable and satellite bills, paying out $300 million to broadcasters over its three years of existence (the CRTC terminated the program in 2012).

Without regulations to stop the practice, broadcast distributors bundle services together, forcing consumers to buy packages of channels featuring ones they do not want along with ones they do. Some channels included in popular packages generate subscription revenue despite having low ratings and limited interest from viewers.

Direct payments and bundled services may be the most obvious methods of support, but broadcasters have also benefited from a protected marketplace. For example, foreign investment restrictions in the broadcast sector have shielded Canadian companies from foreign competition. This system initially kept U.S. giants such as ESPN, HBO, and MTV out of the market, thereby fostering the development of alternative Canadian sports, movie, and music specialty services.

The Sun News Network understandably hoped to cash in on this system, but its launch coincided with the gradual unraveling of Canadian broadcast regulation. The LPIF is gone, new mandatory carriage channels are non-starters, the value of simultaneous substitution is eroding, and the CRTC will soon require cable and satellite companies to offer all channels on a pick-and-pay basis.

The emerging environment places more control in the hands of consumers, who can pick from conventional broadcasters, specialty services, and unregulated Internet-based streaming services such as Netflix. The combination of increased choice and lost regulatory support will invariably mean that more services will fail in the months ahead.

As with the loss of the Sun News Network, some viewers will be left disappointed. The all-news channel may have been among the first to feel the effects of a marketplace that directly links the viability of broadcast services with actual consumer demand, but it surely will not be the last.