The CBC will have more cash if the New Democrats are elected to govern the nation later this year. But a funding boost might not be enough to help the troubled public broadcaster, says one of its most outspoken critics. 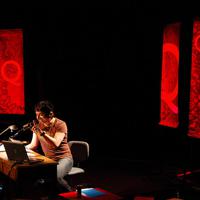 NDP Leader Tom Mulcair announced Thursday that his party will restore $115 million in funding cut from the CBC in 2012. Those cuts will lead to the loss of 650 positions at the public broadcaster by the end of this year, the CBC has said. They're on top of $357 million in cuts ordered by the Chretien government in 1997.

The party said it wants to bring the $115 million back over three years to enable the CBC to be an "independent" broadcaster.

The NDP also pledged to bring in a new process for nominating members to the CBC's board of directors.

"In today's fast-paced environment dominated by instant media from a variety of sources, it is more important than ever to have an effective public broadcaster with quality programming that offers Canadians a window onto their world -- at home and abroad," said the NDP's outline of the plan.

Writer and journalism instructor Andrew Mitrovica is a former CBC employee, where he worked at the Fifth Estate.

Now an outspoken critic of CBC operations, he said while "money is always good," the NDP would also need to take a look at the inner workings of the public broadcaster if it wanted to successfully fix the organization.

"They need to think more deeply about organizational and structural problems at the CBC," Mitrovica said. "You've got to look at some of the people running the CBC."

He said there's been a corrosive element in the broadcaster that has been eating away at what the CBC is supposed to be about, and furthering the private financial interests of a few people rather than fulfilling its role to serve the public at large.

Casual staff may work regular fulltime hours at the CBC, but aren't official staffers enjoying the same protection of the union or the benefits. Some, he said, work up to a decade under those conditions. Others leave for greener pastures.

"We are losing our youngest and most promising resources for Radio Canada and CBC," Nantel said.

Nantel said the NDP idea to begin an independent commission to pick the board of directors for CBC will help shape how the organization operates, adding the current board has too much of a connection to the ruling Conservatives.

"Of 12 members, 10 of them have given money to or are members of the (Conservative) party," he said. "This is obnoxious, it cannot be."

Canada's public broadcaster was hit by criticism after it was revealed that top personalities such as Amanda Lang and Rex Murphy received speaking fees from outside organizations.

Allegations that former Q host Jian Ghomeshi abused women were also a massive PR hit. Ghomeshi was fired last fall and faces criminal charges, but they have not been proven in court.

Despite the whirlwind of controversy, Mitrovica said, many Canadians still have a "deep vein of affection" for the public broadcaster and would like to see it improved.

"People like me, who have been raising questions about the current state of the CBC do it because -- and I don't want to sound Pollyannish about this -- we do care about the CBC," he said.